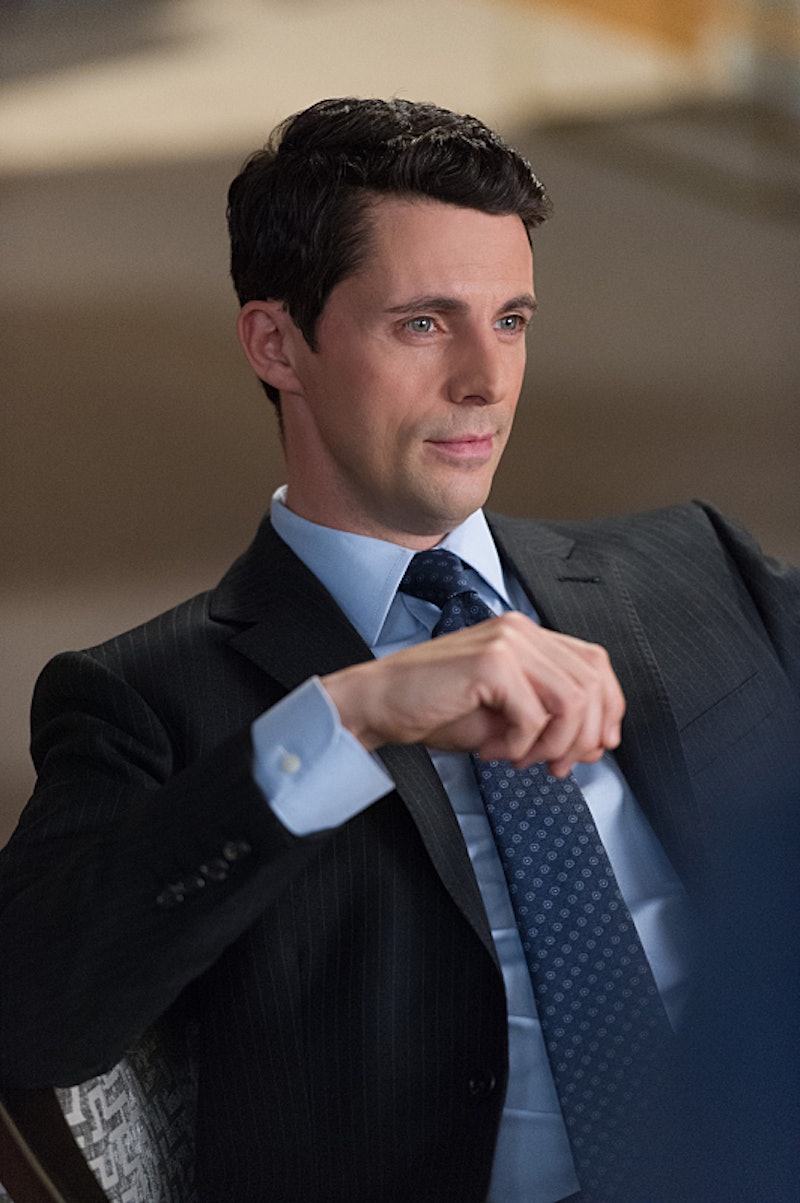 On Sunday night's new episode of The Good Wife, "Red Meat," Alicia won the election for state's attorney. Woo hoo! Of course, I can't exactly say I'm surprised. I mean, c'mon, we knew Alicia was going to win — the writers didn't devote 15 episodes of Season 6 to the campaign trail for nothing! However, something did happen during "Red Meat" that surprised me: Finn told Alicia he's seeing someone. WHAT? Yup, the Finnster is officially off the market, people. I guess we can kiss all hope of Finlicia ever happening goodbye... or can we?

First of all, something about Finn's admission felt "off" to me. After he said it, he seemed to feel guilty. Now, it's possible he just felt weird breaking that kind of news to Alicia given their history together... but it's also possible he wasn't being 100-percent honest with her. Why would he lie? I'm not sure yet... BUT IT IS A POSSIBILITY, OKAY? Don't ruin this for me.

Second of all, in "Red Meat," the writers had Finn prove once again that he understands Alicia better than literally anyone else in her life — and I don't think that was a coincidence. In order to help take her mind off things, Finn gave Alicia a video game called "Halo" to play while she waited for election results to roll in. I know it seems trivial, but it totally helped her relax. It made an incredibly stressful day bearable. "Halo" was exactly what Alicia needed in that moment — and Finn knew! He always knows.

A connection like Alicia and Finn's is too powerful to go unexplored. Even if Finn really is seeing someone right now, I think the whole "Halo" thing was the writers' sly way of telling fans: "These two are too perfect to remain apart forever." Well, I hope that's what it was, anyway. I will not rest until this relationship happens!