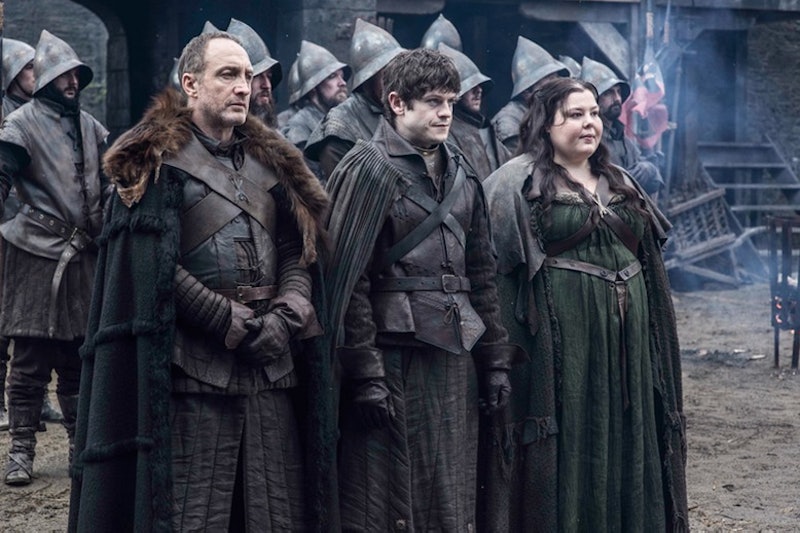 For anyone who was holding out hope that somehow, miraculously, the show Game of Thrones wouldn't spoil the A Song of Ice and Fire book series that inspired it, please prepare said hopes to be dashed. By me. I will be dashing them. There was speculation for a while that this might happen, but show runners Dan Weiss and David Benioff spoke at the Oxford Union this past weekend, and officially confirmed that since author George R.R. Martin isn't writing quickly enough to keep pace with them, Game of Thrones the TV show will be forced to spoil some major events in the books. UGH.

It doesn't mean every event, since Benioff and Weiss have already demonstrated an interest in and willingness to diverge from the books on some plot points, but it definitely does signal the end of an era in which we had faith in everyone involved was gonna find a way to swing this to keep our existence spoiler-free. Sigh. Goodbye to all that.

We've known for a while that Weiss and Benioff know the ending to the series, as Martin told them so that the show could outpace him if necessary, but the hope was always that Martin would write quickly enough that it wouldn't be an issue.

But with the show returning for its fifth season on Apr. 12, and still no word from Martin when we can expect the sixth book in the series, The Winds of Winter, Benioff and Weiss have finally acknowledged what we've all been worried about — that there's no way we'll have the seventh book, A Dream of Spring in our hot little hands by the time GoT 's seventh and final season rolls around in 2017. They have a hard out, because HBO waits for no man.

Luckily, we’ve been talking about this with George for a long time, ever since we saw this could happen, and we know where things are heading. And so we’ll eventually, basically, meet up at pretty much the same place where George is going; there might be a few deviations along the route, but we’re heading towards the same destination. I kind of wish that there were some things we didn’t have to spoil, but we’re kind of stuck between a rock and a hard place. The show must go on. . .and that’s what we’re going to do.

UGH DUDE. I know you're the only reason we even have this story, but this is such a bummer. Apparently we're safe for season five, which will be wrapping up the plot lines from Book 4 (A Feast for Crows) and Book 5 (A Dance with Dragons), but season six is open season, so the clock is ticking. DO YOU HEAR THAT GEORGE R.R. MARTIN PLEASE GET YOUR ACT TOGETHER. The smug superiority of us book readers depends on it.