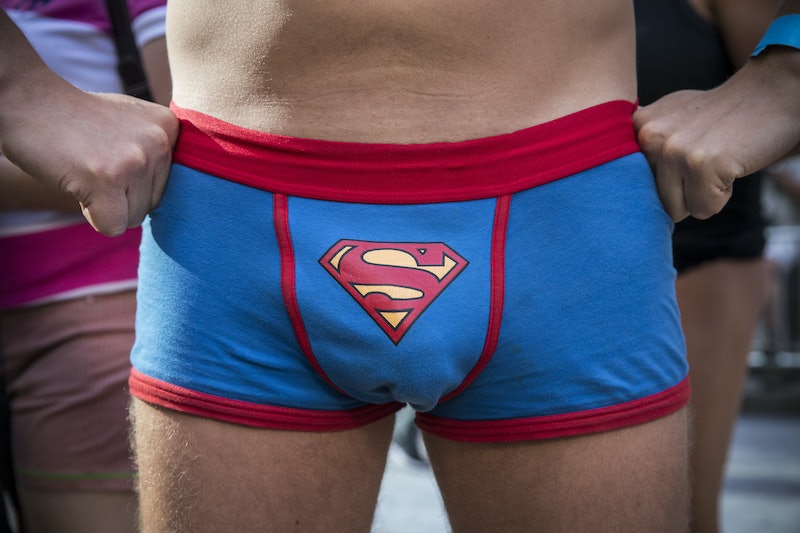 Too many people believe that women are the only ones who suffer from harmful gender stereotypes. For every destructive idea about femininity, there's an impossible standard of masculinity to go with it. A recent article in Medical Daily looks into how the idea of "being a man" hurts boys as they grow up, and the ways language and education indoctrinate them with patriarchal codes from an early age. However, the author inaccurately suggests that "Feminism only speaks of one lopsided perspective in the gender inequality story." Although 2nd Wave feminism might have been too busy kicking the movement off the ground to pay men much mind, contemporary feminists have been active in discussing the ways feminism can help challenge and ultimately eradicate gender stereotypes for women and men alike.

Hanna Rosin's book The End of Men is often cited (usually by those who haven't read it carefully), as an "in-your-face-dudes" proclamation of smug feminine triumph, but if anything, it really speaks to how badly men are doing today. There is a "crisis of masculinity" that affects so many men in contemporary American society, as gender norms shift and change and women gain new rights while still lacking others. These are just five of many constricting stereotypes that can hurt men — and that feminism actually can address in the movement's efforts to level the playing field for all of us.

You hear it in casual conversation all the time: "a real man doesn't cheat" or "a real man isn't afraid to fight" or "a real man will treat you right." As someone who also believes there's no such thing as a "real woman" either, this confusing concept is never productive. There isn't one way to be a gender: some of us are assigned the one at birth that we identify with, and others are not. The only thing the idea of realness does is make people feel inadequate when they don't live up to a socially-prescribed behavioral norm.

2. Men are supposed to be the sexual aggressors

The idea that guys should be sexual aggressors is partly what drives rape culture. If boys were taught that consent and mutual pleasure is better (and safer) and that women weren't prizes to be won or battles to be conquered, 1 in 3 women probably wouldn't experience sexual assault as they do now.

3. Men are supposed to be strong

Men are the "stronger" sex, and are assumed to always trump women in terms of physicality — whether in sports, in the gym, or in every day life. Not only does this negate men who are differently abled, but it also makes even the most able-bodied man constantly in competition to prove his strength. This also ties into the male sexual aggressor archetype who takes what he wants through force to prove his masculinity.

Masking emotion is an early directive to boys. Crying makes you "gay" and it makes you "weak" or "feminine" (all of which are seen to be synonymous, unfortunately) so showing emotion just won't do. If I had to deal with all these macho stereotypes I'd probably cry out of frustration alone. Let it out, guys, it's OK. We all have tear ducts and hormones for a reason.