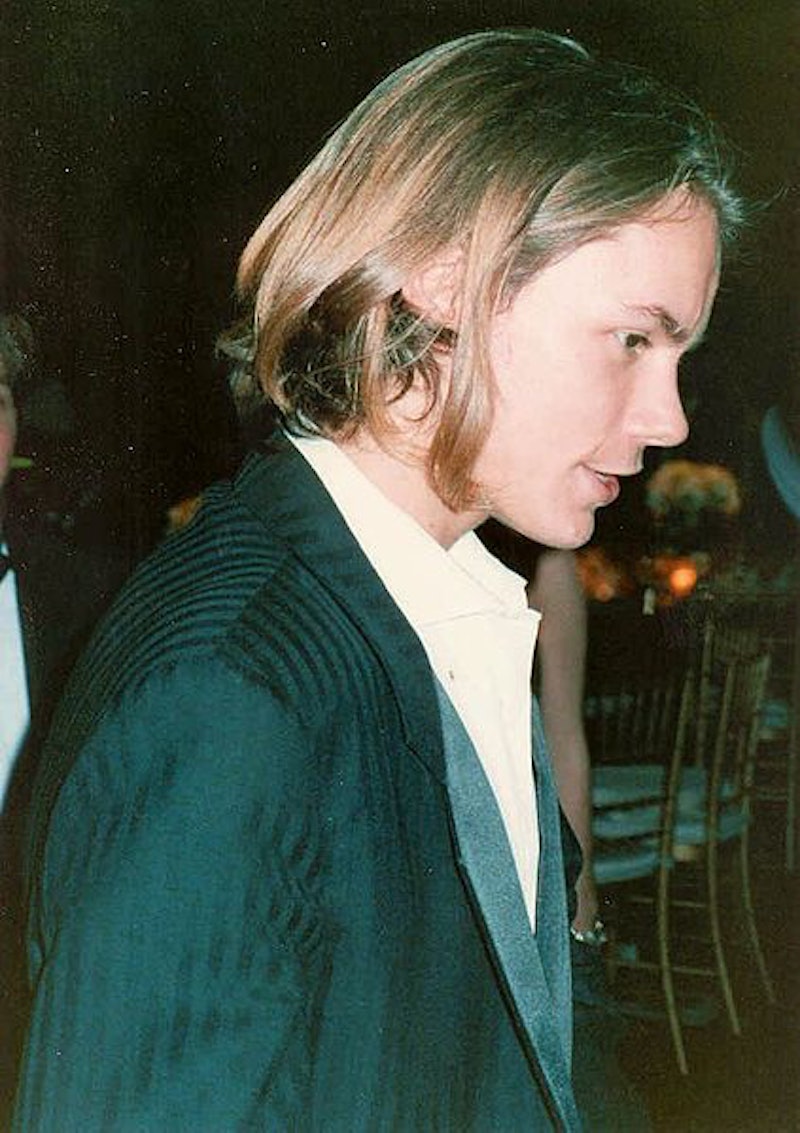 River Phoenix was only 23 when he tragically overdosed in front of The Viper Room. He was one of Hollywood's brightest and most promising young people, so much so that he is still being discussed and missed two decades after his death. River Phoenix can teach us a lot — his story is one of persistent and radiating talent, but it will also always be one of addiction-fueled tragedy.

Vanity Fair recently published a story full of interesting anecdotes from the people who surrounded Phoenix in his last years. You should read the full article, but these are some of our favorite things that we learned — most specifically about his relationship with comedian and Ghostbusters star Dan Aykroyd.

His relationship with Aykroyd made us smile:

Aykroyd and River had a host of running jokes; they dubbed the catering truck the Roach Coach, which evolved into calling each other Mr. Woach and Mrs. Woach. River would pinch the fat on Aykroyd’s waist or blow on his bald spot. “Just complete, absolute, total irreverence,” Aykroyd said. “And he could get away with it.”

He was adorably thoughtful and self-deprecating:

On the set, River quickly bonded with Aykroyd (another actor who really just wanted to rock). The two of them would gaze awestruck at Redford and Poitier, River said. “We’d think, ‘These guys are like national monuments, like the pyramids.’ And that poses the question, ‘But what are we?’ Well, I guess we’re sand crabs or scabs or something less dignified.”

Aykroyd, who had lost his close friend and performing partner John Belushi to a drug overdose, tried to steer River away from heroin. “I think Aykroyd was a very good influence on his life,” Dobson said.

Phoenix's tale is always an interesting one, but it's made especially so under the still-recent talk surrounding Cory Monteith's death. Addiction isn't just a celebrity issue, of course; it's something that happens to people of all walks of life all over the world, so much so that sometimes, it seems utterly inescapable.

Phoenix and Monteith's stories may have ended tragically, but for every one of them there's also a Robert Downey Jr., a Drew Barrymore, or even a Dax Shepherd; all have battled addiction, and all have been publicly sober for years.

Phoenix's life — even, arguably, his death — should not be boiled down to one issue, but the battle of addiction is one that sticks, and for good reason. Still, Phoenix was a heavily beloved actor, gone before his time, and Hollywood will remember him and his quiet but forceful talent for as long as people re-watch films like Stand By Me — so, probably forever.

You can read many more anecdotes and musings on who Phoenix was over at Vanity Fair. If you yourself are struggling with addiction or have a loved one who is, you can find more information on recovery helplines here.

More like this
50 Years After Creating Her Alter Ego, Angelyne Is Still Driving That Pink Convertible
By Gretchen Smail
There Are Concerns Three Mile Island Is Still Radioactive
By Gretchen Smail
Watch The Dramatic First Trailer For Netflix's Jennifer Lopez Documentary
By Alyssa Lapid
Lisa Marie Presley Reviewed Baz Luhrmann’s ‘Elvis’ Movie On Twitter
By Grace Wehniainen
Get Even More From Bustle — Sign Up For The Newsletter