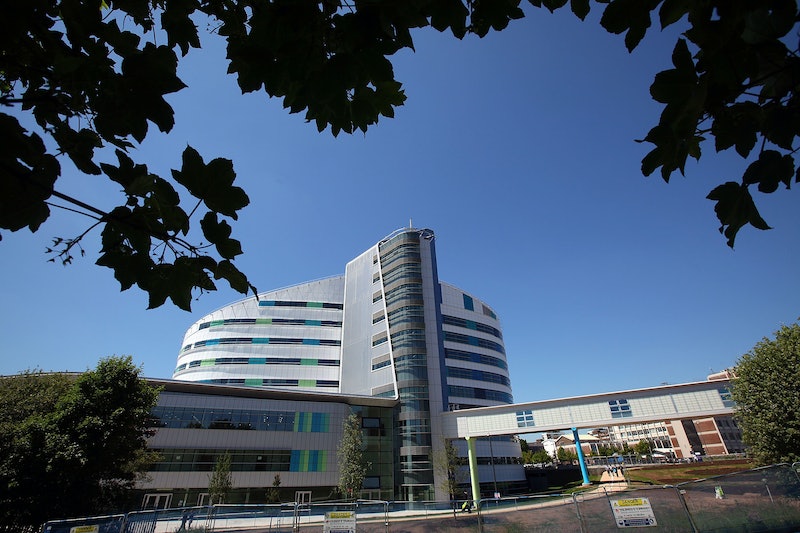 Admitting privileges laws once looked like a surefire way to block access to abortion without explicitly banning the procedure, but recent court decisions have swung the pendulum the other way. Just last week, a federal judge struck down Wisconsin's admitting privileges law, approved by anti-choice Gov. Scott Walker nearly two years ago. The ruling was clear: the measure serves no other purpose than to limit the number of abortion clinics, burden people seeking abortions, and undermine the precedents set in Roe v. Wade and Planned Parenthood v. Casey.

In the wave of anti-abortion measures that have swept swaths of the South and Midwest over the last four years, the admitting privileges law has come out on top. In certain states, the law has the power to close either most or all of the state's abortion clinics, rendering the procedure nonexistent.

Supporters of the law have argued that it's about safety for patients, and it does sound pretty good: who wouldn't want a patient admitted at a local hospital in case a complication arises during an abortion? But opponents say the law is not only redundant because abortion-clinic patients are already admitted at local hospitals, but also deceptive and discriminatory.

"Politicians, not doctors, crafted this law for the sole purpose of shutting down women’s health care centers and preventing women from getting safe, legal abortions," Louise Melling, deputy legal director of the ACLU, said in a statement Friday. "The justifications states offer for these laws, which are opposed by major medical groups like the American Medical Association and the American College of Obstetricians and Gynecologists, are a sham."

Here's a look at where this anti-abortion provision has been defeated — and where it still remains a threat to millions of women...

In April 2012, the Mississippi state legislature passed an admitting privileges bill with the sole purpose of shutting down the state's last remaining abortion clinic, Jackson Women's Health Organization. The law was blocked from taking effect in July 2012, because doctors, including noted pro-choice hero Dr. Willie Parker, at the embattled clinic were not given enough time to abide by the new law. Still, the clinic's three doctors were eventually denied admitting privileges at every hospital in the area.

For more than two years the fate of Mississippi's last clinic was tied up in litigation; the clinic remained open with a federal court injunction. Finally, in July 2014, a three-judge panel of the 5th U.S. Circuit Court of Appeals struck down the state's admitting privileges law, ruling that "Mississippi may not shift its obligation to respect the established constitutional rights of its citizens to another state." (Attorneys for the state tried arguing that Mississippi women who needed abortions could just travel across state lines to Alabama or Tennessee.)

"We hold that JWHO has demonstrated a substantial likelihood of success on its claim that [the] admission privileges requirement imposes an undue burden on a woman’s right to choose an abortion in Mississippi," the panel added.

Just last month, Mississippi asked the U.S. Supreme Court to review the decision, but it's unclear how quickly the court will move on its petition. For now, Jackson Women's Health Organization remains open.

Next door in Alabama, state legislators have also been working tirelessly to block abortion access by imposing more restrictions on clinics and their patients. This is also the state that passed a law appointing lawyers to represent fetuses in court, in case you're wondering just how far some politicians would go to keep patients from entering an abortion clinic.

But just a few days after the Mississippi ruling, a federal judge ruled Alabama's admitting privileges law as unconstitutional, signifying that this type of restriction may be on the way out. In a critical 172-page decision, Judge Myron Thompson said the purpose of the law was "exceedingly weak" considering that complications from abortion were rare, particularly in the first trimester. He also notably compared abortion rights to gun rights, and concluded:

If this requirement would not, in the face of all the evidence in the record, constitute an impermissible undue burden, then almost no regulation, short of those imposing an outright prohibition on abortion, would.

If the law was upheld, three of five remaining abortion clinics would have been forced to shut their doors. Thompson said that would have been "a striking result" of the law, forcing Alabama women to travel across state lines.

Weeks after Thompson handed down his definitive ruling in Alabama, a federal judge issued an injunction blocking Louisiana's admitting privileges law from taking effect in late August 2014. Although Gov. Bobby Jindal said when he signed the bill that it will "give women the health and safety protections they deserve," the measure would have done the opposite. According to reproductive health advocates in the state, the law could likely close all five of Louisiana's abortion clinics.

Remember Wendy Davis and her pink-shoe filibuster? She was standing in the Texas State Capitol for 11 hours straight that day in June 2013 to fight a package of abortion provisions that would eventually decimate reproductive health in the Lone Star State. Included in that bill package was an admitting privileges measure, which, unlike other federal court decisions, has been upheld.

Texas' admitting privileges has been a major blow to abortion access in the second-most populated state, drastically reducing the number of abortion clinics from 41 to about 20, according to data from Fund Texas Choice. Abortion rights activists in the state say the clinic closures have led to further travel and increased costs for patients.

So far, only two Texas clinics have been exempt from the measure: Whole Women's Health in McAllen (which sits on the Mexican border in the Rio Grande Valley) and Reproductive Health Services in El Paso. Whole Women's Health is the only clinic serving the vast Rio Grande Valley, which is home to many undocumented and low-income women who would be unable to travel 250 miles north to San Antonio for an abortion.

Update 3/25/2015: This article has been updated to clarify that abortion-clinic patients can still be admitted to hospitals if their doctor doesn't have admitting privileges.