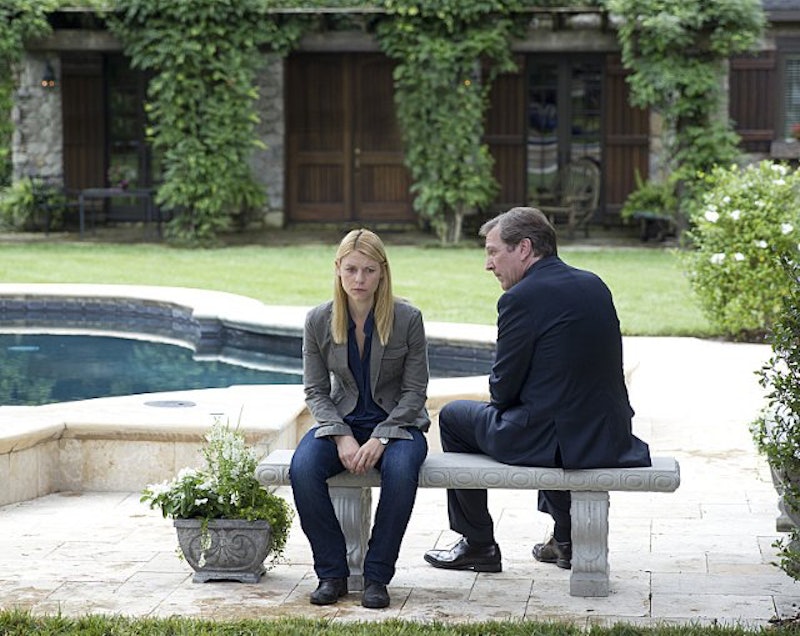 Sunday's Homeland started off like any normal season four episode (in other words, it sucked). Everyone's still miserable and crying and screaming at each other all the time. And then, with just a few minutes left, BOOM — everything we thought we knew was a lie. But we'll leave that for later. In the meantime, all the actual CIA drama stopped making sense a long time ago, so let's just boil this whole thing down to who is the craziest. Yes, we're keeping score.

Winner: Leo! This guy is indeed Homeland's craziest. You can't beat a guy who sometimes looks like Chuck Bass, possibly killed his brother, and is on the run with his girlfriend who is the daughter of a presumed terrorist. Only the Homeland writers come close.

Fara figures out how all the money is laundered by the terrorists (more than $45 million) via soccer matches with the photos to prove it — though she never seems to leave her desk. What? Is that even a storyline anymore?

#dark Moment of the Episode Award: Lawyer man explains how the CIA will kill Carrie within a year — she will slip in the shower, overdose on Lithium or be hanged on a door knob. Sad trombone.