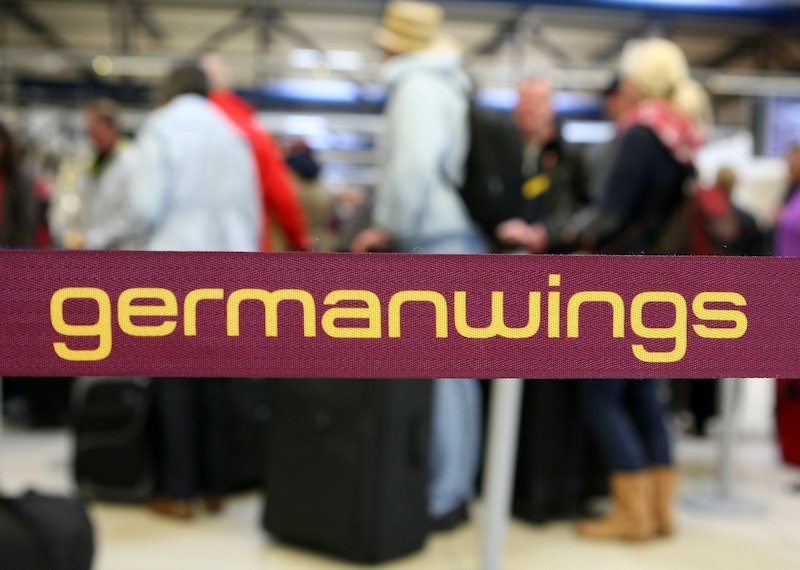 On Tuesday morning, a Germanwings flight carrying 150 people — an Airbus A320 jet — crashed in an isolated area of southern France. Low-cost airline Germanwings GmbH isn't a household name, but its owner, Lufthansa, is; it has entirely owned Germanwings since 2009. So what is Germanwings' safety record like? The airline was acquired by Lufthansa just over a decade after its inception, and before that had been owned by Eurowings, which set up Germanwings specifically as a low-cost arm of its operations. Germanwings has remained relatively small-scale, and until Tuesday had not seen any previous crashes. According to German site Spiegel.de, a 2010 cabin pressure incident saw two Germanwings pilots almost lose consciousness, but they managed to land the plane without problems.

According to Reuters, the Airbus jet that crashed was 21 years old. On Twitter, Airbus wrote:

So what of the safety records of Lufthansa, and the Airbus A320? Well, Lufthansa has been around from 1926 — initially known as Luft Hansa — and there have been many recorded incidents of crashes over the years, but nothing since the '90s. The last major incident was all the way back in 1993, when Lufthansa Flight 2904 overshot the runway and crashed, killing two people on board. In February that year, a Lufthansa flight was hijacked by Nebiu Zewolde Demeke, who brought the plane back to the States to obtain asylum, but nobody was injured during the incident.

As for the Airbus A320, it belongs to a family of bestselling passenger jets that have been around since 1987; thousands of Airbus jets are used today. Germanwings has 17 of A320 jets, and 83 planes total active. Like Lufthansa, the Airbus A320 jet family has seen many incidents; the AirAsia flight that crashed into the Java Sea in December was also a Airbus A320 jet. This doesn't speak to Airbus A320s being unsafe; with any large-scale airline or jet manufacturer, like Lufthansa, its safety record is far less likely to be pristine than a smaller-scale airline like Germanwings. More than 6,000 Airbus A320 family jets are in service at the moment, and very few injuries, let alone fatalities, are ever reported.