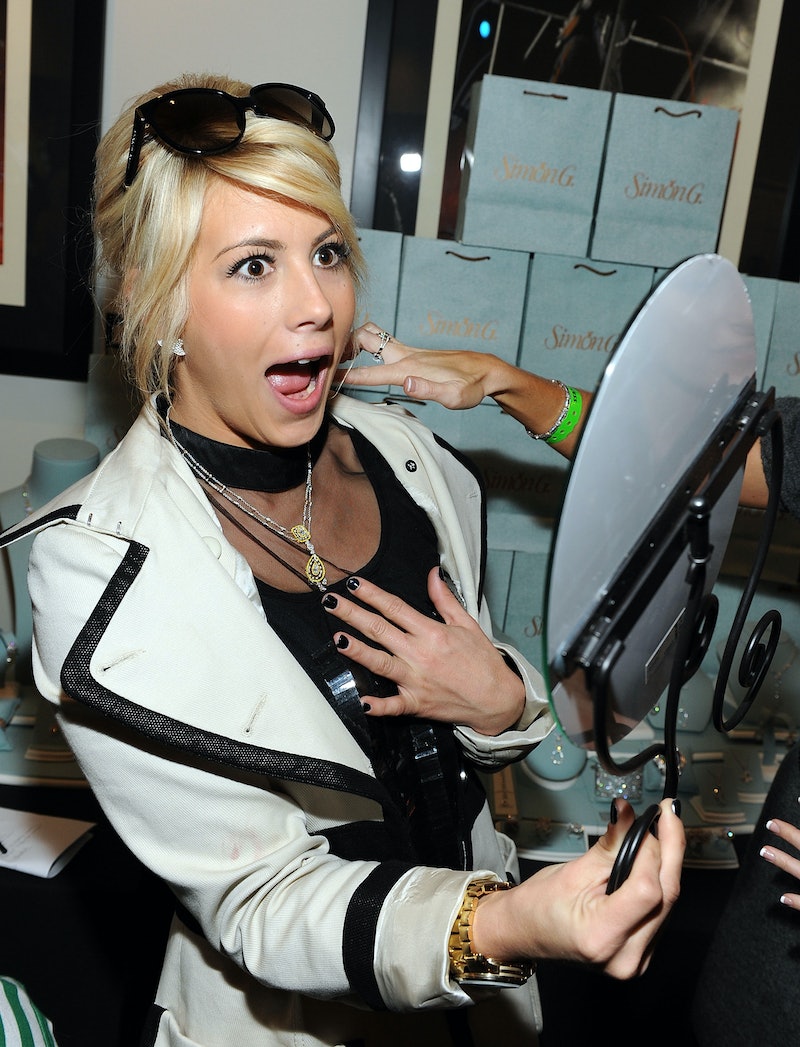 Although she might not be front and center on your radar, former Bachelor contestant Shayne Lamas has managed to keep a tiny bit of the spotlight since winning the heart of Matt Grant on the twelfth season of The Bachelor seven years ago. Unfortunately, their relationship did not last long — Grant returned his life in London as a single bachelor, and Lamas went on to meet someone and have a family of her own. So where exactly has Bachelor contestant Shayne Lamas been since her relationship with London's most eligible bachelor ended?

First of all, in case you didn't already know, Lamas is from well-known family — her dad Lorenzo Lamas was on the '80s soap opera Falcon Crest, where he gained notoriety for playing the “playboy” character Lance Cumson. Following in his footsteps, Shayne wanted to be an actress. (She was upfront about her dream and put “actress” on her Bachelor application; Grant could have seen that as a red flag signaling, perhaps, that maybe her Bachelor appearance wasn’t purely to find love, but her career choice didn't seem to be a problem.)

Though she snagged a spot on General Hospital before The Bachelor, it appears that Lamas has taken an extended vacation from acting because now, she has a family with someone you may know. More on that in a bit.

Here’s what Shayne Lamas has been doing since her Bachelor days:

Leave It To Lamas

Although the E! reality show Leave It To Lamas in 2009 was supposed to be centered around Shayne, I think most people watched it because of Lorenzo. Unfortunately, the show lasted one season.

In 2009, Lamas was arrested in Venice, California for a DUI. "Early Saturday morning, after consuming one drink, I willingly drove through a mandatory check point on my way home with complete confidence of passing,” she told E! News. "However, the breathalyzer indicated that I was over the legal limit of blood alcohol content and was arrested onsite. I take full responsibility for my lack of judgment. I have always strived to be a role model for my friends, family and fans and have never nor will ever condone drinking and driving. I apologize for all those I have disappointed, including myself."

OK, do you remember a site called TheDirty.com? The Dirty was created by Hooman Karamian aka Nik Richie and it was a site where you could anonymously talk trash about people; the site had a page for almost every city and college in the U.S. The guy who started that is now Shayne Lamas’ husband.

In 2011, the couple welcomed their first daughter, Press Dahl Lamas-Richie. “I feel blessed today,” Richie told Us Weekly. “[She] is the coolest baby in the history of female kind. She doesn't even cry and she has the prettiest eyelashes."

Her Stepmom Is Being Very Helpful

In 2014, Lamas suffered a miscarriage due to a uterine rupture, which resulted in the news that Lamas couldn’t have children biologically anymore. In February, it was revealed to Closer magazine that Lamas’ stepmom, Shawna Craig, is acting as a surrogate for the couple and she is due on July 10. “Somebody else carrying your baby is weird,” Lamas told the mag. “But I lost my son, and now Shawna is carrying my son. I have been given the biggest blessing in the whole world and I will always be grateful.” By the way, Lamas is 29 years old now, and one year older than her stepmom.