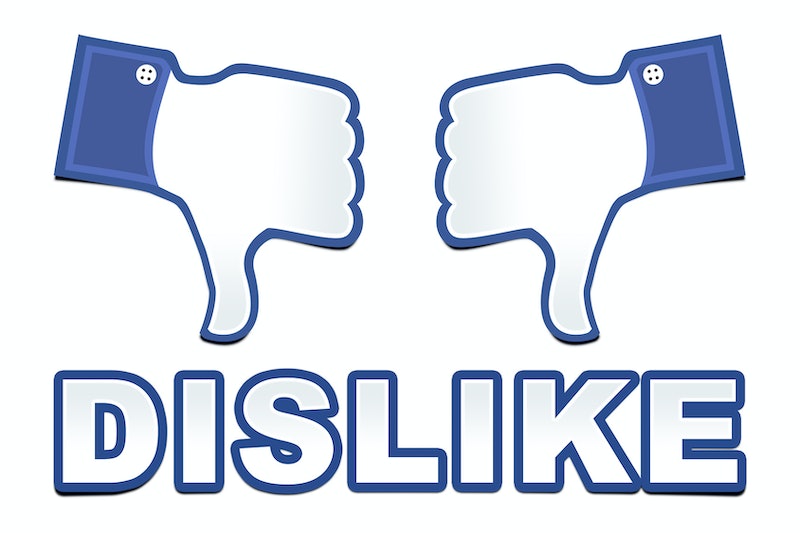 Product manager Jonathan Gheller announced the launch of Facebook's time capsule feature: On This Day. If it sounds a lot like Timehop—which currently tracks social media memories for more than 12 million users — that's because the two applications have quite a bit in common. Like Timehop, Facebook's On This Day indulges its users' nostalgic longings with daily reminders of what you posted, the pictures you took, the jokes you cracked. "People often look back at old photos and other memories they’ve shared on Facebook, and many have told us that they enjoy products and features that make this easier," writes Gheller. "We’ve been testing this feature and it will begin rolling out globally on web and mobile."

Josh Constine at TechCrunch called On This Day a “Timehop clone,” but he also makes a case for a potential profit in Facebook’s launch of a competing feature. Constine says that “getting people to tune in to On This Day and reshare posts they find drives engagement and lock-in with Facebook’s News Feed, where people see ads. The company likely hopes that many of its 890 million daily users have never tried or even heard of Timehop, but will enjoy revisiting their old Facebook memories.”

But not everyone embraces the lure of nostalgia. As D.H. Lawrence famously said, "Sentimentalism is the working off on yourself of feelings you haven't really got."

In the spirit of anti-sentiment, here are 10 things I'd hate about Facebook's On This Day time capsule:

1. The super-romantic status update about you and your ex

The dinner you shared on your anniversary. The cutesy nicknames. The time you gushed about how incredibly lucky you are to have found each other.

Yeah, no one who has broken up since then wants to remember that shit.

2. The preemptive good news you posted

"I've been accepted into X college!" Except... you were wait-listed.

"They're publishing my story!" Except... the editor nixed your draft and you're still hassling the managing editor for a kill fee.

"I met the most amazing guy!" Except... he was married.

3. Unflattering photos you were tagged in by well-meaning friends

My friends and family are exceptionally patient and indulgent when it comes to taking photos of me. And then re-taking them. And yet every once in a while, a bad picture will pop-up on my wall: the kind with double-chins, frizzy hair and exposed gap teeth. I definitely don't want to remember how embarrassed I was in asking someone to un-tag me.

4. The status update about you losing your job

We might post about our job status as a way of networking with old friends and colleagues, but the anniversary of the day you were laid-off or fired isn't exactly a happy memory for the old scrapbook.

You wrote about the trauma while you were in shock. People reached out in sympathy and with offers of support. That's understandable. But do you actually want to look back on the time you totaled a car and had to spend your savings on a replacement?

6. Photos with old friends who are now ex-friends

Friendships are complicated. But once you've walked away from the relationship, who wants to reminiscence about the time you two went to the movies or took a trip together? Oh, wait... that's the vacation that ended your friendship. Never mind.

7. Photos of the pet you had to give away

For those of us with fond attachments to our animals, this one hurts. I'll just "eternal sunshine" that time I had to give back my tortoise.

8. Status updates from friends who passed away

Understatement of the year: when you're grieving, it really sucks to be reminded of the day someone died. Facebook can be a wonderful tool in memorializing people's photos and giving people a chance to share their memories, but most of us could probably live without the pop-up reminder that our loved one is gone forever.

9. Photo albums from weddings of couples who are no longer married

Oh, Ross. Thank God that Facebook wasn't around in the 90's. Your relationship status would be a literal merry-go-round.

10. The angry rant you posted in the heat of the moment

You shouldn't have posted your uncensored thoughts for public consumption. Facebook shouldn't remember it. Enough said.

More like this
How To Follow The New Royal Family Social Media Accounts
By Sam Ramsden
What Does “The Rizz” Mean On TikTok? The Viral Slang Term, Explained
By Alexis Morillo
How “Goblin Mode” Came To Be The Oxford Word Of The Year
By Sophie McEvoy
The 10 Memes That Defined 2022
By Alexis Morillo
Get Even More From Bustle — Sign Up For The Newsletter