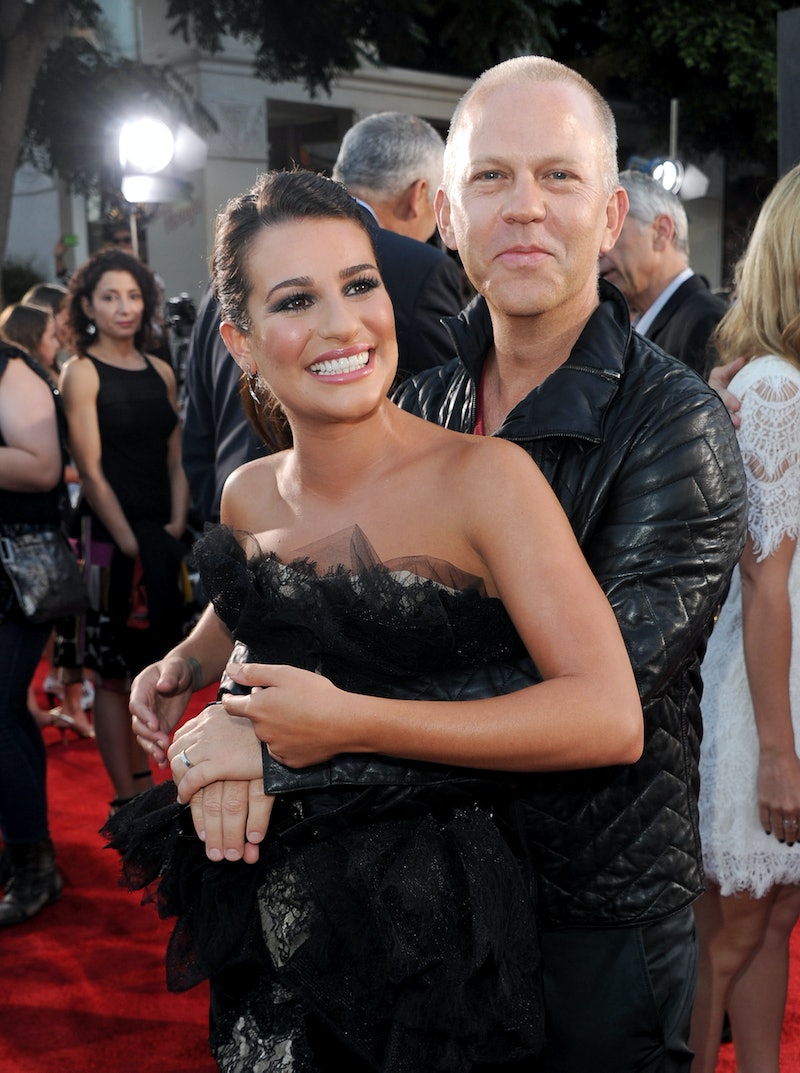 If you weren’t yet made aware, Ryan Murphy is a cryptic, tantalizing torturer of a showrunner. If you think that’s a rash or harsh statement, you obviously haven’t sat through one of his shows and gone through the full gamut of emotions in the span of a traumatic hour. To further deliver us the said torture we so crave, he’s cooked up a “comedy-horror anthology” called Scream Queens. In fact, Murphy tweeted the first photo from Scream Queens set of star Jamie Lee Curtis and co-star, Lea Michele, with the title, “2 Scream Queens.” Two queens, indeed, Mr. Murphy.

But, perhaps the best part of the tweet, is that both Curtis and Michele appear to be in costume, which got this girl’s gears turning. What do their outfits mean? Do they really mean anything at all?

First, though, let’s recant some important plot information before I get that speculation mill churning. According to Murphy's interview with Entertainment Tonight ,

“…It is about the world's meanest sorority, and a series of bad things begin to happen. Jamie Lee Curtis, who I've long really wanted to work with and I kind of wrote this series for, to be honest… she steps in and with the girls tries to figure out who's doing this and it's actually tied to an incident that happened 20 years ago at the college. Every week, it's really like a murder mystery. Who's going to get knocked off? And who's the killer? And not until the last episode do you find out who it is. And everybody has the motivation to be that killer."

And, Michele told USA Today this,

"...When I went on my first day, no one even recognized me. This is like my Charlize Theron in Monster moment. My character is out-of-control crazy, insane and hilarious, and it’s been so fun to play..."

So, with these nuggets of knowledge in mind, here are some things we can take away from Murphy’s tweet:

2. Didn't Lea Michele say this was her "Charlize Theron in Monster" moment?

Girl still looks good, even sans make up and in that outfit. Did she mean more of the murderess aspect of Monster? Oh, man.

Actually, speaking of that outfit...

4. Or, maybe this particular costume is for the "incident that happened 20 years ago" that Murphy speaks of.

Makes sense because that look is so totally '90's.

Curtis is holding what looks to be like a Tootsie Pop emblazoned handkerchief. Please don't ruin my fave candy, Murphy. Is nothing sacred?

6. Curtis is in all black... that's probably ominous.

It is partially a horror show, after all. Is she the killer?!

7. Curtis's character looks super professional in her suit (I'm hearing rumors she's a professor), so I think it's safe to say Michele's dressed down character is (duh) probably a student.

8. But, she doesn't look "cool" enough to be in a sorority with Emma Roberts' character

Now, this has piqued my curiosity. GIVE US MORE, Murphy!