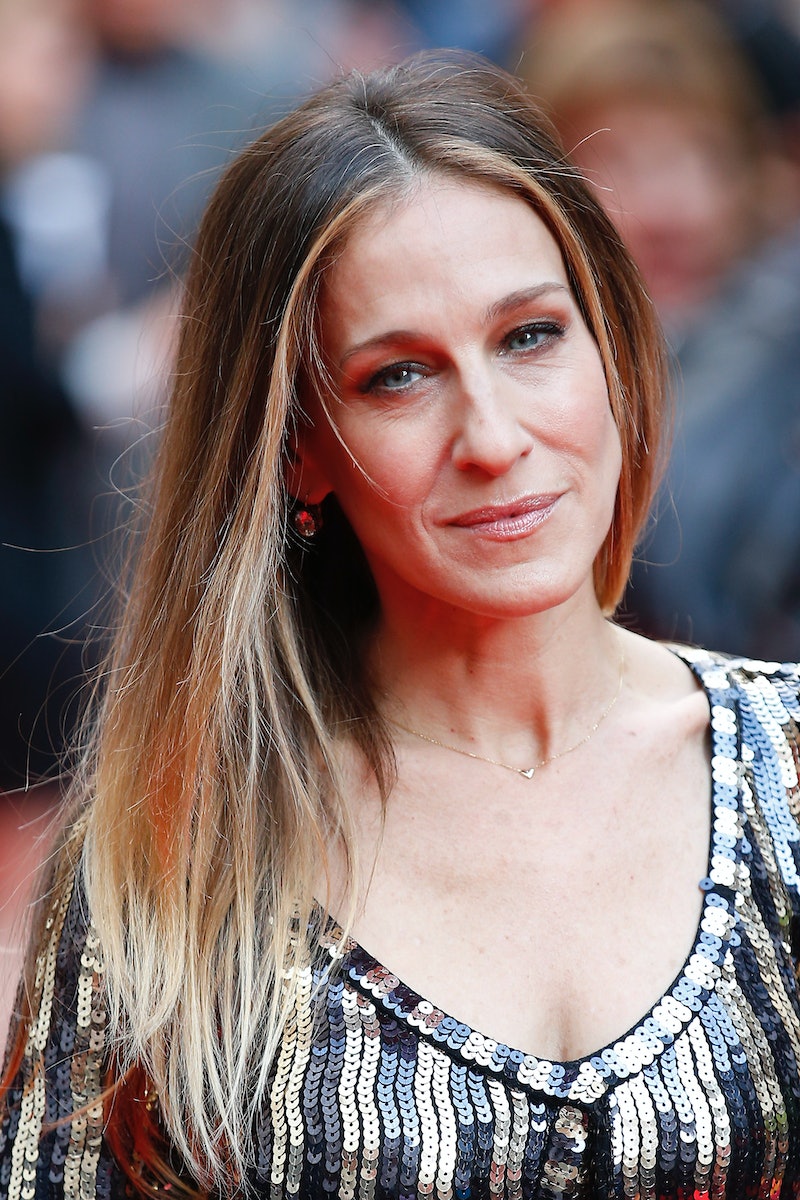 No Hanx, SJP. No Hanx. March 25 might be her 50th birthday, but, unfortunately, when Sarah Jessica Parker throws major shade at Tom Hanks in public, that's going to top turning another year older. So, here's what happened. On Tuesday, Parker, along with her son James Wilkie, went to a New York Rangers game at which Hanks was also in attendance. One would think that a fun night at a sporting event would bring laughs and smiles. Well, it did for Hanks, but it did not for Parker.

As you can see in the Vine below, Hanks is having a lovely chat with whoever is sitting beside him. Then, as soon as the camera pans to Parker's face, well, she looks disgusted with Hanks. Why is she looking at the Oscar-winning actor like that? Is she offended by something he said? Does she just not like him in general? Did he pass gas? I have no idea.

Actually, I'm kind of offended by how much shade SJP is sending Hanks' way. Does she not know who he is? Tom Hanks is one of the most lovable and nicest guys in Hollywood, not to mention one of the most talented! Hello, Hanks even helped Girl Scouts sell cookies! How is it possible to even give the amazing Hanks this kind of glare? I don't get it.

But maybe it's not what we think. Maybe she's staring at something completely different? Maybe she's just having an off day and felt like looking angry? I have no idea. So, I guess we shouldn't be too hard on SJP. After all, she did present us with an amazing Vine that I will be watching on repeat.