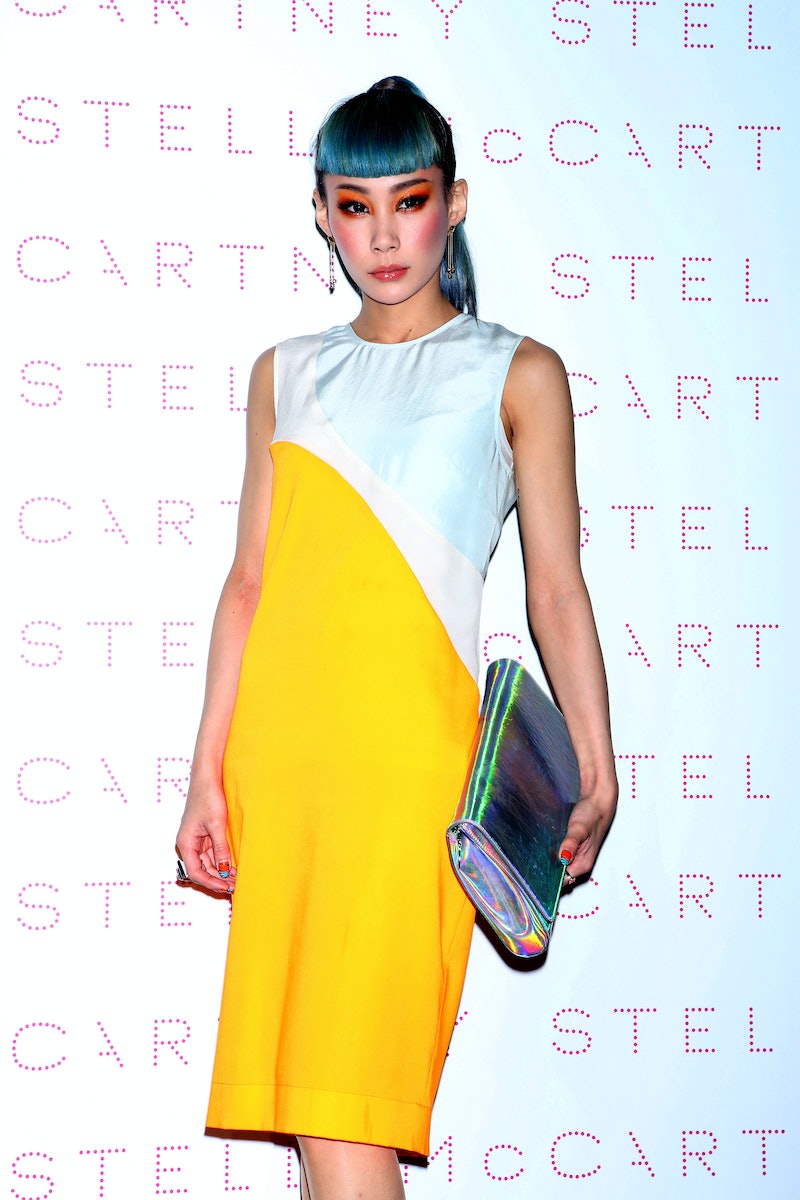 Watch out fashion world, there's a new It girl on the scene. Stella McCartney released a video featuring DJ/singer Mademoiselle Yulia for their One City, One Girl campaign. In the video, Yulia, who's already very popular in Japan, is followed by cameras to highlight the artist's city, culture, and fashion. According to Style.com (where the video made its debut), "the Japanese It girl is not only renowned for her unmatched street style but also for her ability to get the party started, whether it’s at an M.I.A. concert or a private event."

The DJ draws inspiration and a lot of her style from Tokyo, the city she was born in, and tells the New York Times, "In Tokyo people love colorful clothes and love to dye their hair as in really, really bright color, like blue or something. And people around me, they’ve got amazing style, too." Not only has the fashionista made a name for herself in the music world, but according to the NY Times, she also creates, "nail rings that she designs for her label, Giza." Amaze.

It only makes sense for Stella McCartney to feature this budding fashion/music icon in their campaign. In the description for their video, they explain, "Part DJ and singer, with a dash of designer thrown in for good measure, Yulia joins Stella McCartney for a Summer 2015 collaboration set to a backdrop of Tokyo’s monogrammed streets."

Pretty cool, right? After watching, I did some research on Mademoiselle Yulia, and ended up falling in love with her even more when I found out about her taste in music and eclectic fashion choices. So if you don't know who Yulia is yet, you're totes welcome because here's what you need to know about the super cool DJ/singer from Tokyo.

1. Her music is super catchy:

2. Her street style is on point:

3. She hangs out with designer friends for fashion week:

4. Her Harajuku Style is perfect:

5. She's got the mermaid hair and cat-eye sunglasses down to a tee:

Basically, she's a serious trend-setter to look out for. Does this mean more Harajuku Style for all of us? I think yes.