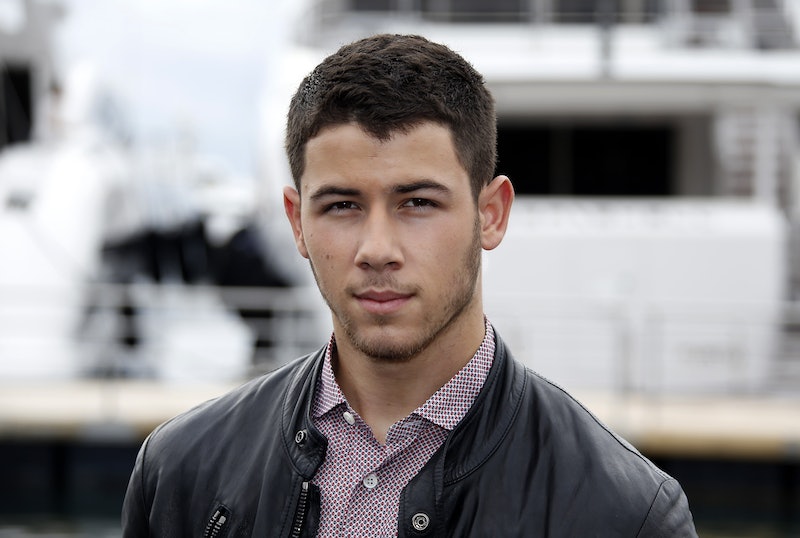 Nick Jonas is a man of many talents, for sure. He sings (obviously), he dances (on Broadway, no less, in How to Succeed in Business Without Really Trying), he acts (and — hooray! — will again in Scream Queens), and, now he can say that he also hosts award shows (and gets to add "slimed people" to his entertainment resume). Sometimes he does a combo of these simultaneously. (But not with the slime, I hope.) So, how many of these talents are we going to get to see on display when he hosts the Nickelodeon Kids' Choice Awards on March 28? Is he just going to play emcee for the evening, or will Nick Jonas perform during the Kids Choice Awards?

They don't actually need Jonas to perform — it's not like the show is hurting for big-deal musical acts. There are plenty lined up already. They have Iggy Azalea and Jennifer Hudson set to perform "Trouble" together; that's really enough star power to get them through the whole awards ceremony. But on top of that they have 5 Seconds of Summer, who will perform "What I Like About You." Do they really need to add a Jonas into the mix? Or is that just piling on?

The answer is yes. Yes, they do need to add him into the mix. And, thankfully, they will. You don't have to fear if you're a Jonas fan; he's definitely going to be performing, in addition to hosting the show. (I told you he was multi-talented.)

Not only will Jonas perform at the awards show, he's going to open the whole thing up with a double-whammy of songs. He's going to do both "Jealous" and "Chains" as the show's first number. That makes total sense, since he can then shift gears from performing mode into hosting mode without breaking the flow for either.

Then again, Jonas could probably host the Kids' Choice Awards while singing and dancing the whole time and not really break a sweat. He's just kind of like that.