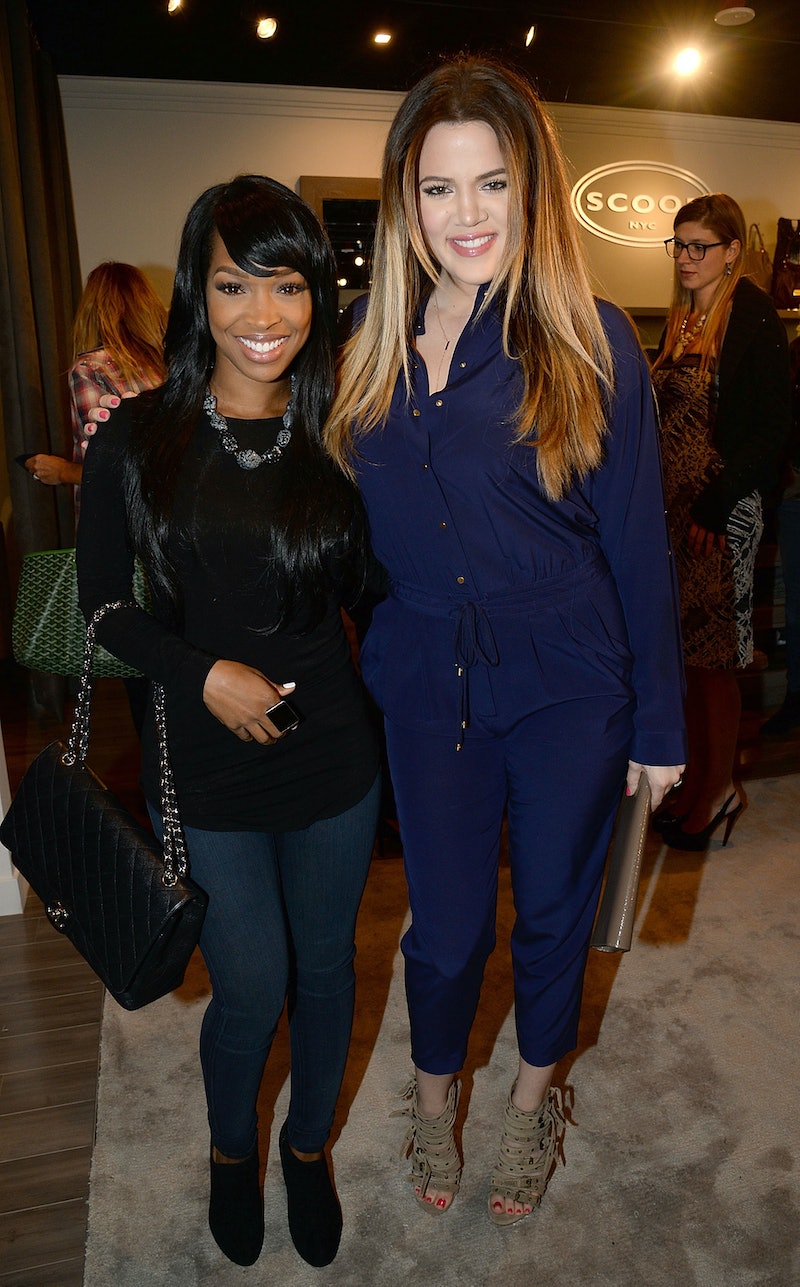 Every faithful Keeping Up With the Kardashians viewer is familiar with Malika Haqq. She's not one of the Kardashians or Jenners, but she has been present for a ton of the drama and many of the key moments. Based on watching KUWTK , Malika Haqq is always there to support her best friend Khloe Kardashian, but what does she do outside of that? There's no way that she's just Khloe's professional BFF, right?

Considering that the Kardashians have created an empire off of being famous for being famous reasons, it's not too ludicrous to ask that question. But rest assured, there is more to Haqq than her cameo appearances on Keeping Up With the Kardashians and its various spin-offs. The girl has been doing her own thing for a while now.

Malika and her twin sister, Khadijah, have known Khloe since they were 15 years old. Kardashian explained the origin of their friendship on her blog:

Malika was dating one of my male best friends. He would always keep us apart because I am sure he knew we would just hit it off. One day we met and we did. Malika and Khadijah have been my best friends ever since.

If you're wondering why it seemed like Malika was always by Khloe's side it actually was her job for a long time. Malika blurred the lines between friendship and career when she served as her bestie's personal assistant. But she grew tired of having her life revolve around her best friend's career, a problem that was ironically documented in the spin-off show Khloe and Lamar .

Malika quit her job as an assistant 2012 to focus on her career as a model and actress, two things that she was working at before and after she started appearing on KUWTK. At that time, Malika explained to Juicy magazine why she stopped working for Kardashian, saying, "My main focus is to get back into features."

So what projects has Malika been featured in? In 2004, she had a guest role on the television series Strong Medicine . In 2005, she shared the role of Penny in the movie Sky High with her twin sister. But her biggest role was probably when she played Star in the 2006 movie ATL. Malika was also credited as "Video Ho #3" in a 2006 episode of Entourage, but she actually played Omarion's love interest in the music video for his 2010 song "Speedin." Sadly, Malika has not been credited with any acting roles since she stopped working for Khloe Kardashian. At least, we still get to see her on Keeping Up With the Kardashians.

No matter what happens with Malika's modeling and acting aspirations, it seems like she will always hold on to her title as Khloe Kardashian's best friend. This does not mean that she has to live in the reality star's shadow, all I'm saying is career success can come and go, so it's nice to know that no matter what she will have the Kardashian support system behind her. I'm sure we will continue seeing plenty of Malika Haqq in the future since we all know that everything Kardashian-related ends up being successful in some shape or form.