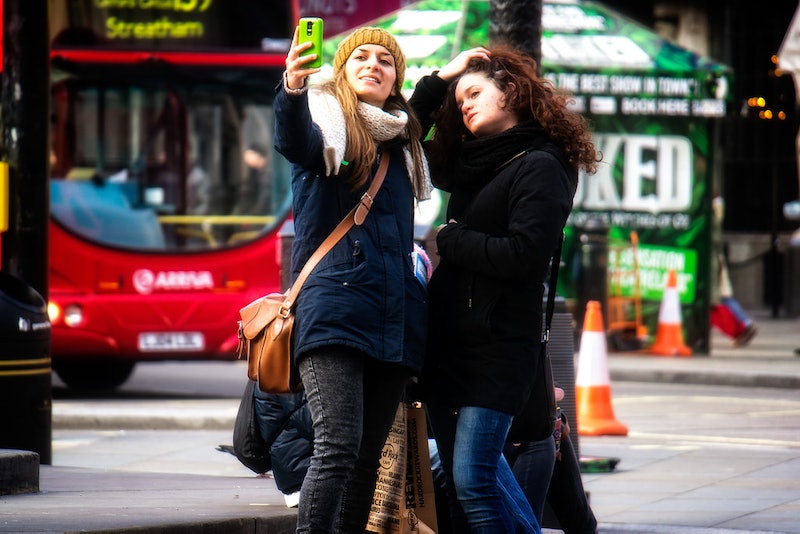 You're familiar with Apple's “Shot on iPhone 6” campaign, right? Meant to showcase the seemingly astonishing power of the iPhone 6's camera, it features beautiful images shot on the smartphone by people who clearly know what they're doing. For the rest of us, though, there's “Also Shot on iPhone 6,” a street art project that pokes fun at the campaign by showcasing the kinds of photos iPhones really take. Or at least, the kinds they really take most of the time. If you're anything like me, that one gorgeous sunset shot on your phone was a total fluke and cannot be considered representative of any other photo you've ever taken.

The project consists of a handful of posters featuring… shall we say, true to life iPhone 6 images pasted up around San Francisco right next to Apple's official “Shot on iPhone 6” ads. Speaking to The Bold Italic via email, the anonymous duo behind the whole thing described where the inspiration for it came from: “The iPhone 6 ads are all over San Francisco and we walk by them every day,” they said. “All the photos Apple selected for the campaign are beautiful. Our thought was that people don't always take pretty pictures on their phones, so we thought it would be funny to show the other, non-beautiful photos people take.” They added, “We both work as creatives in advertising and love to make fun of our industry whenever we can.” It's always good to keep a sense of humor about your work, right?

To be fair, smartphone cameras are actually pretty good these days; I'm still amazed that the best pictures I have of my brand new baby niece, for example, were taken on an iPhone (by my dad, it should be noted — the little tyke's grandfather is way more technologically adept than pretty much anyone else in our family). But the mysterious “Also Shot on iPhone 6” pair is right: Most of us aren't using our iPhones (or our smartphones in general) to take stunning nature photos or high-contrast images with loaded with both shadows and light. I'd be willing to be that the majority of iPhone camera rolls consist of bathroom selfies:

The hilarious posters that make up the “Also Shot on iPhone 6” project are mainly around the Mission, Castro, and Downtown areas of San Francisco; it might be worth a visit if you want to see them live and in person. For the rest of us, though, there's the Also Shot on iPhone 6 Tumblr, which has been re-posting photos of the whole thing as it goes.

Now if you'll excuse me, I have more cat pictures to take — on an iPhone 6, of course.