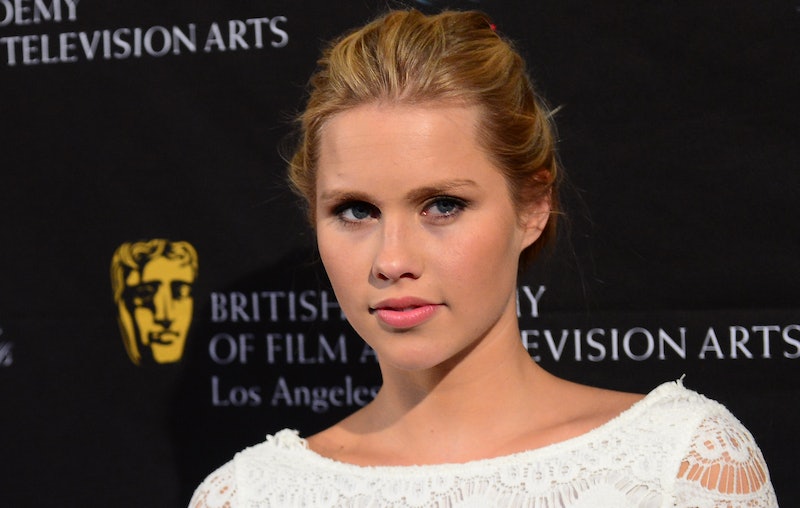 I know that diehard The Originals fans might already be hoping that Aquarius will fail so that Claire Holt can return as Rebekah (you know, in her rightful body), but this could change their minds. This photo of Holt from Aquarius is every bit as strong and fierce as you would expect Rebekah to be — even if Holt is all dolled up as Officer Charmain Tully instead of the Original Fashionista and Best Female Mikaelson. According to Just Jared, Aquarius is a "1960s drama about a cop (David Duchovny) who goes undercover to track Charles Manson and the Manson Family before their infamous murder spree." Considering the fact that Charles Manson returned to the public's attention as recently as 2014 when he got engaged, Aquarius has the potential to draw in a lot of curious viewers.

Holt herself will be playing Charmain Tully, who is trying to be taken seriously as an officer in a male-dominated society. So, basically, she's the non-superhero version of Peggy Carter from Agent Carter. The 13-episode series is slated to debut on May 28 — just in time for summer. So, sure, Holt may not be leading the cast here in the same way she did on The Originals, but it's still exciting to see how effortlessly she ascends into her new role. After watching her play a centuries-old teenager, this promotional photo can come as a jarring reminder that the actress is actually 26 years old.

In a single photo alone, Holt has proven herself absolutely perfect for the part, and I'm already excited to see the energy and magic she'll no doubt bring to any scene. I might be biased because I love Rebekah Mikaelson so much, but about the only thing that is distressing about Holt's new role is the fact that we won't get to see her and longtime friend Phoebe Tonkin pal around on- and offscreen on The Originals as often anymore. Of course, there's still the hope that, even with the new show, Rebekah's original body will make cameo returns to the CW at some point. But, until then, it's just great to know that we won't be losing Holt from our television screens entirely. That would be the real tragedy.