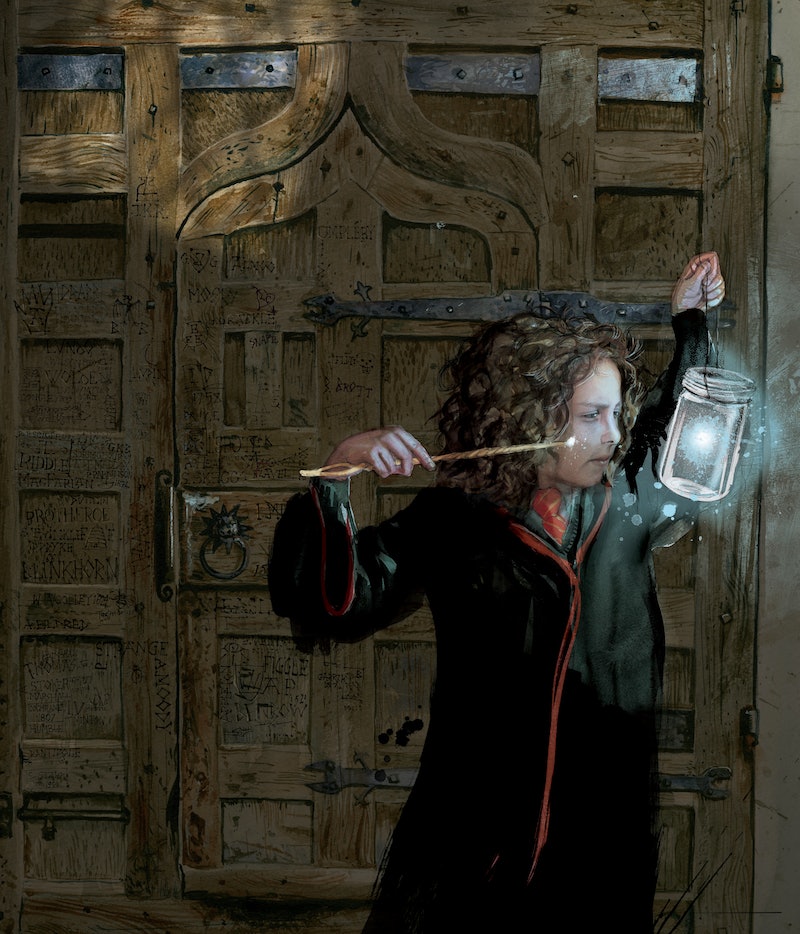 Because you're already probably too excited to deal, I'll keep this short and sweet: The new illustrated Harry Potter cover dropped today from Scholastic and Bloomsbury — as if you could hardly wait for its release any more. And the cover takes us way back to the beginning, as Harry Potter takes his first steps onto Platform 9 ¾ to hop aboard the Hogwarts Express. Harry's got his trunks and trusty pet snowy owl Hedwig in tow. In a blur around him, you can see wizards, witches, owls, birds, and cats doing their thing on the platform as the train charges into the station.

The cover, along with the rest of the book's illustrations were done by Jim Kay, who has a Carnegie Medal under his belt for his artistry in Patrick Ness' A Monster Calls. Kay's previously released artwork depicting Harry Potter's main characters was already epic, so clearly we expected nothing less.

The hardcover illustrated edition of Harry Potter and the Sorcerer's Stone will be released October 6, and then annually from that date, Scholastic will release each of the next books in the series as their own illustrated editions.

Try to contain yourselves.

Kay has previously said that he felt terror when thinking about working on the universally beloved Harry Potter series.

Scientists say the Big Bang is to be followed by the Big Crunch. I feel I have first hand experience of this theory, for hearing the news that I’d got the commission was an explosion of delight, followed instantly by an implosion of brain-freezing terror.

I think it's safe to say that with his character illustrations (including the badass Hermoine one at the top of this post) and now this book jacket, Kay does not have to be terrified. We're in love.