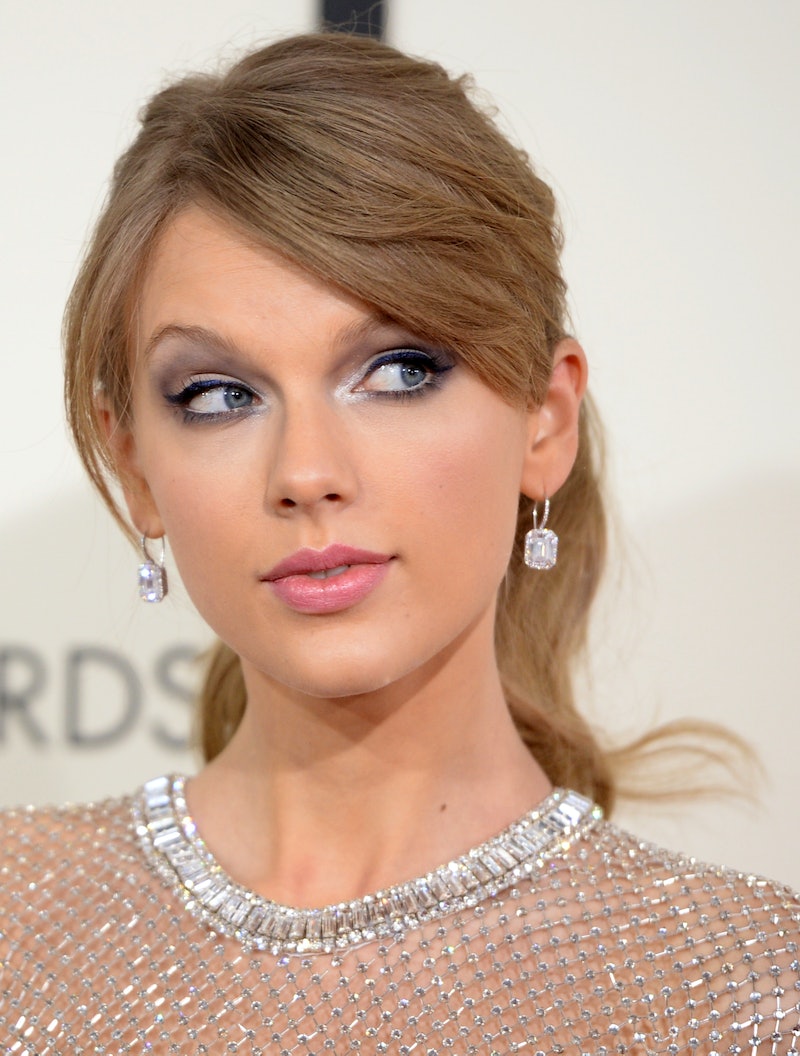 New power couple alert: According to sources, Taylor Swift and Calvin Harris might be dating. Last Wednesday, Swift and Harris were spotted spending time together in Nashville and naturally, this caused the Internet to explode with new dating rumors. According to Huffington Post, "rumors the two are dating have been buzzing for the last few weeks" when they were allegedly caught flirting at the Brit Awards and later mingling with Ellie Goulding, Selena Gomez, and Haim in the DJ booth at one of Harris' shows in Las Vegas. As Huffington Post is quick to point out, Swift has made it clear "over and over again" she's not interested in dating right now, and just because she's seen standing next to a guy doesn't mean they're together — take the Ed Sheeran dating rumors, for example, which turned out to be untrue because Swift and Sheeran are reportedly just good friends.

However, it's possible that while Swift was has been out owning her life as an independent and unattached woman, she struck up a totally accidental romance with Harris because maybe her life is a rom-com, and sometimes people find love when they least expect it, says everyone's grandma. Either way, Swift and Harris look absolutely precious in their matching outfits, and if they were to date, they could easily take over the world.

Here's why they'd be perfect together:

They're both insanely good-looking

They would own the music industry

We could definitely expect some Swift/Harris collaborations in the future.

It just makes so much sense.

They're both Grammy winners

One of the many things they might have in common.

They're both really popular

And they know it.

More like this
Sadie Sink Would Escape Vecna From 'Stranger Things' With This Taylor Swift Song
By Grace Wehniainen
Ralf Little’s Fiancée Has A *Very* Impressive Resumé
By Sam Ramsden
Selena Gomez Is Fine Being Single, But She Still Manifested Romance On 'SNL'
By Martha Sorren, Jake Viswanath and Jack Irvin
Why Sara Pascoe's Husband Is Familiar To Comedy Fans
By Alice Broster
Get Even More From Bustle — Sign Up For The Newsletter