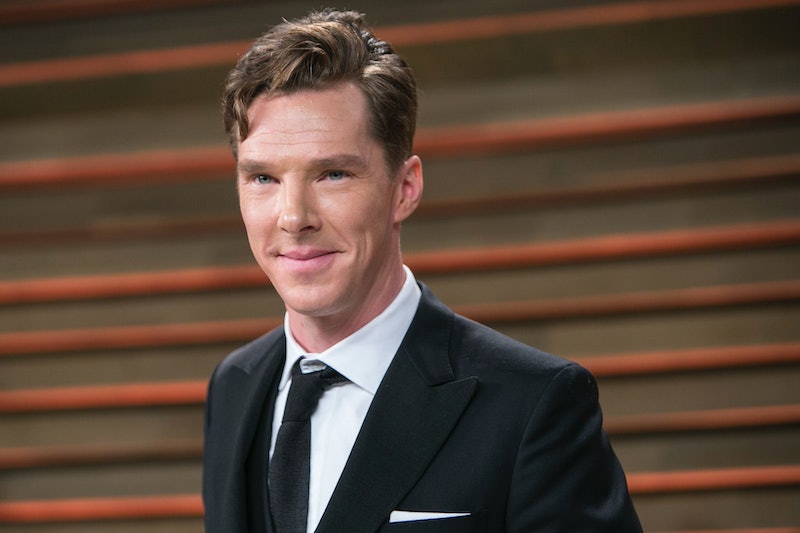 All hail King Sherlock! It has been announced that Benedict Cumberbatch will recite a poem at the reburial of Richard III, and that the selection isn't random. Cumberbatch is actually distantly related to the English Monarch, a 16th cousin to him, in fact. While an egregious 17 million United Kingdom citizens are in some way related to the royal family, Cumberbatch's connection is somehow closer than most. And it makes you wonder... is he the only celebrity with an ancestor in the history books?

Short answer: no. There are plenty of famous modern figureheads of entertainment that are tangentially related to historical figures. Some, in fact, double or triple up on famous familial relations. And as for the possibility of celebrities being related to royalty? Both terribly unfair, and more common than you think.

Of course, consider this. At the end of the day, it doesn't really mean anything aside from being related to someone who died a long, long, time ago. Like, if Marie-Antoinette was my great- (times 15) grandmother (she's not), it wouldn't mean more than that I share genes with someone who got beheaded at age 37. So.

Since I'm sure you're still intrigued, here's a handful of the most mind blowing relations we could dig up.

That's right, the Prince of Darkness and the famous western outlaw share a bloodline, according to an expensive test made in a New Jersey lab that examined his genetic code. Fitting, isn't it? If that isn't enough, Osbourne is also distantly related to Tsar Nicholas II of Russia, the last Tsar of Russia. I wonder if he's a fan of Anastasia.

Not even so distantly, too! England's most eccentric actress is the great-granddaughter of the United Kingdom's Prime Minister during World War I. Another interesting branch on the Bonham Carter family tree? Ian Fleming, the author of the original James Bond novels, is related to her through marriage.

This one may not register immediately if you're not a Rutgers University's alumni (I am, so I've been in the latter Kilmer's library many-a-times). In short, Joyce Kilmer was a writer famously known for the poem "Trees," and he also happens to be related to one in a long line of Batmans, Val Kilmer. The two Kilmers are cousins.

This one might be my fave. Hanks, the unmatched golden boy of Hollywood, is distantly related to President Abraham Lincoln through Lincoln's mother, Nancy Hanks Lincoln. Specifically, Hanks is a third cousin, four times removed to Lincoln. It make sense that two beloved powerhouses would have family ties.

Ellen DeGeneres, Michael Douglas, Maggie and Jake Gyllenhaal and Hilary Duff are ALL related to King Edward III of England.

Edward III ruled England from 1327 to 1377, so those connections, though present, are faint. Regardless, this makes Douglas 19th cousins with Queen Elizabeth, and while Duff is 18th cousins with her royal highness (practically twins!). The Gyllenhaals are connected to the King on their father's side of the family, which also probably makes them cousins a gazillion times removed. As for DeGeneres, she holds the rare distinction (or not, you know how royals are) of being distantly related to both Prince Williams and Kate Middleton: she's 15th cousins with the Duchess of Cambridge.