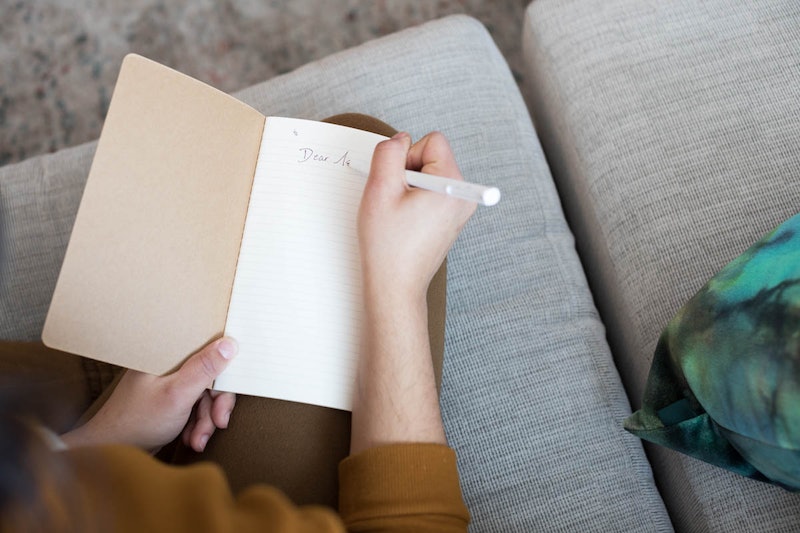 The worst thing about wanting to be a writer for a living is … well, basically everything. And by “everything”, I mean “rejection.” Being a writer means feeling incompetent and having pitches and drafts rejected on a regular basis and that is not fun. So not fun, in fact, that I’ve spent the majority of my adult life trying to maybe consider attempting to write for a living, only to give up five minutes later when no one came along and dropped a lucrative writing job into my lap.

But, with the prospect of turning thirty upon me (and turning thirty makes you wise), I recently realized that I hadn't actually ever really tried. So then I wrote a couple things. And sure enough, a couple things got published, and I felt like an idiot for thinking being a writer was more complicated than that.

In a few short months, I learned more about being a writer than I’d done in an entire decade of thinking about it — and all by finally pushing myself to actually write and publish regularly. So, without further ado, here are five things I finally learned about writing from actually, well, writing. Because you never know until you try.

1. There Is No Lucrative Writing Job Fairy

This probably seems like an obvious point, but think about it for a second: there is no fairy! Not for you (that’s the bad news), but not for anyone else either (that’s the good news). Every single person out there whose words you have ever read had to have someone else say, “yes, I will publish this.” Every single writer out there had to try. You have to try too. And you have to keep trying until someone says yes.

2. As Long As You're Writing, You're A Writer

I’ve lost count of the number of times I wrote something that nobody read and thought, “I’m obviously not good at this, and I will never become anything and will die alone in a ditch one day because nobody cares.” (And then I started making lists of all the other “real jobs” I could pursue so that I wouldn’t have to die in the aforementioned ditch.)

3. No Matter How Good You Think You Are, You Still Have A Lot To Learn

Writers often have frail writer-egos. I have one. If you're a writer, you probably have one. We write stuff that we think is good and then we submit it and pray that someone writes back and says, “YOU ARE THE BEST WRITER OF ALL TIME EVER,” but of course they write back and say, “sorry, not for us” (or, more likely, they don’t write back at all). When that happens, it can feel like anyone who’s ever said that your writing was good was lying and you should just quit.

Here’s the thing: You sent in something that wasn’t right for their publication. That doesn’t mean you aren’t good, but it does mean you need to learn more. It means that you have to figure out how to make your writing fit. It means you have to stop writing the kind of stuff you always write that always gets rejected. Try a different approach. Keep trying something different until someone, somewhere, says, “OK!”, and then when they do keep doing that thing.

It doesn’t mean you will have to abandon everything you like about your writing, but it does mean that the way you personally like to write the most may not be the way that will pay the bills. If you want to pay the bills, you will need to be okay with this.

4. Other People’s Success Is Not Your Failure

When other people around you publish stuff and do well and people actually care about what they have to say, it can start to feel like the nails are being shut on your writing coffin. They’re getting jobs and you aren’t and obviously you’re a loser and you need to hate them on principle.

But someone else’s published article has nothing to do with yours. People will read their article and share it on Facebook with headings like, “So true! Love it!”, and for some reason you’ll think that now it’s impossible they’ll ever share your stuff.

Instead of wishing that they’d get permanent writer’s block and two broken hands, take a breath. Make a cup of tea. Watch a kitten video on YouTube. Then sit back down and write something, because if you do, one of these days your friend is going to share your article on Facebook, and other people will hate you too (congratulations).

5. When You Finally Do Get Published, It's Only The Beginning

Keep going. Keep going until you get something else published, and then keep going and write something else, and keep doing that until you are old and gray (or maybe until you win the actual lottery, in which case, who cares about writing for money, just write! And, I don’t know, pay people to read it and tell you it’s awesome or something). The point is, writing is the best and worst job in the entire world, and it will probably haunt you forever no matter how successful you become.

But you already knew that.