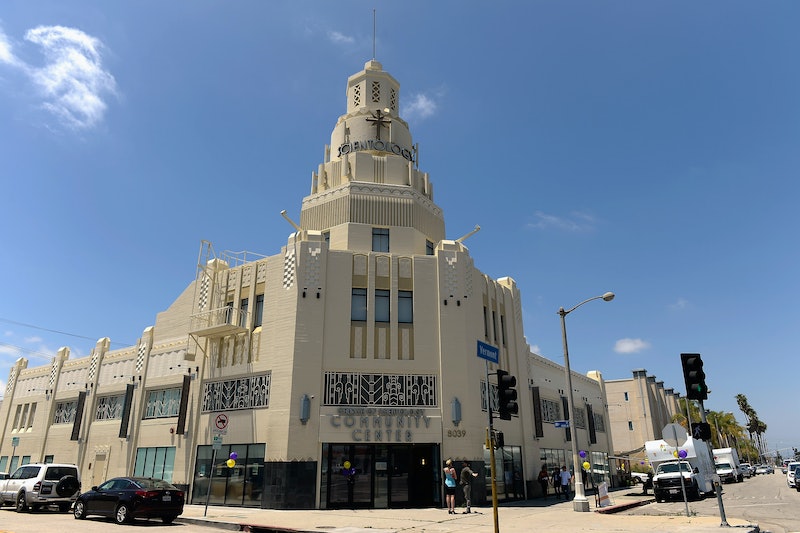 The Church of Scientology, subject of a new HBO documentary that airs Sunday night, has long been accused of practicing psychological abuse on its members and coercing large financial contributions for its own gain. Stories of defected people have popped up throughout the years, and the majority of former members say their lives are for the better. But really, what happens when you leave Scientology?

HBO's Going Clear: Scientology and the Prison of Belief takes a deep look at the Church of Scientology, the religious empire set up by L. Ron Hubbard in 1953 and now headed by David Miscavige. Headquartered in Los Angeles, the Church has been the center of controversy for decades, reportedly for its cult-like culture and seemingly manipulative commercial practices. The religious organization has been profiled numerous times in the media, but the Church is often still an enigma to those standing outside.

But perhaps more captivating than the Church itself are the stories of those who have left Scientology — and have chosen to speak about it. Only in recent years have those accounts become more frequent, with high-profile celebrities famously walking out. Those stories, while still rare, shed light into the secretive Church. If you leave, according to these allegations...

Even if you leave Scientology, it never quite leaves you. In a special "Inside Scientology" report, the St. Petersburg Times (now known as the Tampa Bay Times) began a years-long investigation into the Church in 2009. The newspaper unearthed numerous accounts of former Scientologists who were allegedly chased, harassed, and even spied on by the Church.

Former Miscavige confidantes Marty Rathbun and Mike Rinder claimed they hired private investigators to spy on potential enemies, sometimes for decades. Other former members told the newspaper that they had to sign drawn out affidavits in order to leave. These documents were allegedly intended to discredit them in case they ever spoke out against the Church.

Betsy Morrison, who left Scientology after 17 years, claimed two men were looking for her at the Oakland airport where she was meeting her mother. Days later, she wrote a note, obtained by the Times, to security chief Gary Morehead, asking the Church to leave her alone. A Church spokesman said the airport incident never happened. Morrison wrote:

I have no intentions of making trouble for Scientology. If you leave me alone, I'll leave you alone. I just want to get on with my life. Sincerely, Betsy Morrison

Perhaps one of the most famous departures from the Church was actress Leah Remini in 2013. The King of Queens star reportedly questioned Scientology's treatment of members and Miscavige's leadership. The actress was also concerned about the well-being of Miscavige's wife Michelle, or "Shelly," who has not been seen in public since 2007. Soon after she left Scientology, Remini filed a missing person report on Shelly's behalf, according to The Hollywood Reporter, which the LAPD eventually "ruled as unfounded."

During a September 2013 appearance on Ellen DeGeneres' daytime show Ellen, Remini said she lost friends after she defected. She claimed that people who are members of the Church are not allowed to talk to people who left the organization. In an exclusive interview with BuzzFeed, Remini said she left Scientology for her daughter and recounted how longtime friends, some whom she had known for decades, staunchly opposed her when she began to speak out.

We had a chance to make a change from within, but they didn’t want to. That showed me they didn’t actually care, which went against everything I thought we stood for. They only cared that their lives would be disrupted if they stood with me. They didn’t care about doing the right thing. That showed me everything the Church taught me was a lie.

According to Rolling Stone, other celebrities who have left Scientology include Nicole Kidman, Katie Holmes, and Christopher Reeve.

You Could Lose A Sense Of Identity

Oscar-winning director and screenwriter Paul Haggis resigned from Scientology in 2009 after objecting to the Church's sponsorship of Proposition 8 in California, which defined marriage as a union between a man and a woman (Haggis' daughter is gay). (The Church claimed their connection to Prop 8 was "an error" and that "the church supports civil rights for everybody, regardless of sexual orientation, race, color or creed.") Haggis had committed himself to the Church for 34 years.

Though he said he was happy to escape the Church, which he now says is a cult, he realized how much of an impact Scientology had on his life. In a New Yorker profile, he said:

I feel much more myself, but there's a sadness. If you identify yourself with something for so long, and suddenly you think of yourself as not that thing, it leaves a bit of space.