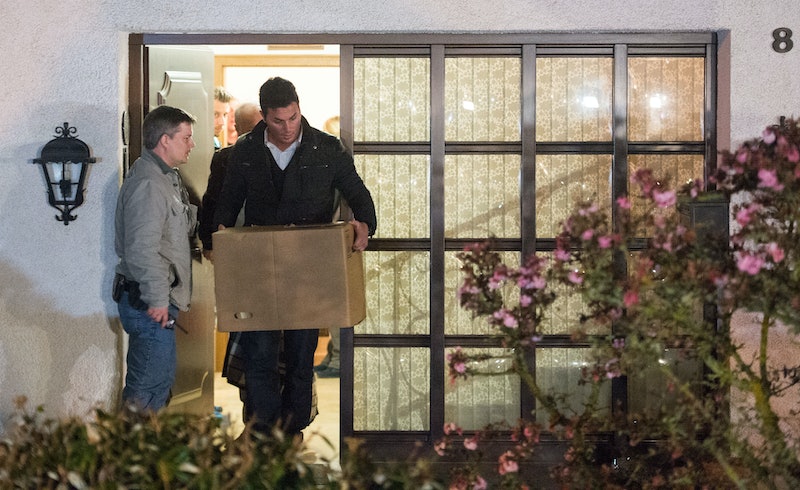 Probes continue into the background of Germanwings co-pilot Andreas Lubitz, as French authorities and international media investigate why an apparently happy young man might wish to kill himself and the 149 other people aboard the A320 jet. Police have seized possessions of Lubitz’s that indicate he suffered from “psychological illness,” while reports have emerged of relationship problems and a less than perfect training history. It has become clear that Lubitz’s private and professional lives were not as flawless as they may have first appeared, increasingly indicating that a volatile mental state may have precipitated Tuesday’s crash.

During a press confidence Thursday, CEO of Lufthansa (Germanwings’ parent company) Carsten Spohr emphasized that 27 year-old Lubitz was “one hundred percent flightworthy.” But evidence is piling up that indicates Lubitz was possibly suffering from depression — personal information that may supply the reason for the pilot’s deliberate actions that led to the plane’s rapid descent and lethal crash into the French alps earlier this week. He had previously been described by acquaintances as a "happy" person, who enjoyed jogging.

Prosectors have not yet offered any motives for the action. “It could only have been deliberate,” chief prosecutor Brice Robin confirmed, having outlined the plane’s final ten minutes of descent, during which Lubitz ignored captain Patrick Sondenheimer’s efforts to enter the cockpit. “He did this for a reason we do not know… but it can be seen as a willingness to destroy the aircraft.” Lubitz is not known to German authorities, and a terrorism link has been termed unlikely.

Late on Thursday, police searched Lubitz’s flat in Dusseldorf and his family home in Montabaur, according to the BBC. The publication quotes German newspaper Der Spiegel, which reported that the officers had found considerable evidence that the young pilot was suffering from “psychological illness.” Police spokesman Markus Niesczery is quoted in the Daily Mail as saying, “We have found something which will now be taken for tests. We cannot say what it is at the moment but it may be a very significant clue to what has happened.” Niesczery added that the clue did not take the form of a suicide note. Update: Prosecutors revealed Friday that the evidence was a torn-up sick note. The doctors' note signed Lubitz off work on the day of the crash, and its discovery reveals that he hid an illness from his employers.

The German media generally is now reporting claims of depression and a rocky personal life. According to Germany’s biggest-selling national newspaper Bild Zeitung, investigators are now working on the assumption that Lubitz was in the midst of a “personal life crisis,” on the basis of information from unnamed security officers. Relationship problems with his girlfriend are thought to have been part of the problem, Bild reports — although the identity of the girlfriend is not revealed. A local Westerwälder newspaper said the couple had been dating for seven years and were living together in the Düsseldorf residence, according to the Guardian.

An anonymous Lufthansa source also reportedly told Bild that Lubitz’s training at Lufthansa Flight School in Arizona had been interrupted for a couple months in 2009 due to psychological issues. He was occasionally listed as “unfit to fly” during his stint in America, the newspaper said, citing confidential medical records that indicate a “heavily depressive episode.” Lubitz had to repeat his flying classes several times due to his mental state. Bild reports that he went through intensive psychiatric treatment for 18 months at the time, and was apparently still seeking psychological help.

None of these claims have been officially confirmed. During Thursday’s press conference, Spohr said only that Lubitz had been able to resume his flight training once his soundness was “re-established.” He said, “Six years ago there was a lengthy interruption in his training. After he was cleared again, he resumed training. He passed all the subsequent tests and checks with flying colors. His flying abilities were flawless.”

A Lufthansa spokesperson refused to comment on the emerging information, telling media that confidentiality laws safeguard company medical records. According to Bild, the relevant documentation will be given to French investigators once the pertinent German authorities have reviewed them. The Guardian highlights that Bild is generally a reliable paper, with an expansive network of sources.

Meanwhile, as media outlets work feverishly to psychoanalyze Lubitz, the Independent reports that pilots across the globe are asking people not to jump to conclusions about their German colleague. Vereinigung Cockpit (a.k.a. the German Airline Pilots Association) said it was too soon to be sure of events, counselling that observers should wait for the recovery of the second black box. President of the group Ilja Schulz said:

We should not rush to conclusions based upon limited data. The reasons that led to this tragic accident will only be determined after all data sources have been thoroughly examined.

James Phillips, internal affairs director of the association, had a more vehement response, telling Time magazine that he was angered by the rush to blame Lubitz. “It is a very, very incomplete picture,” he said. “I have the feeling that there was a search for a quick answer, rather than a good answer.”