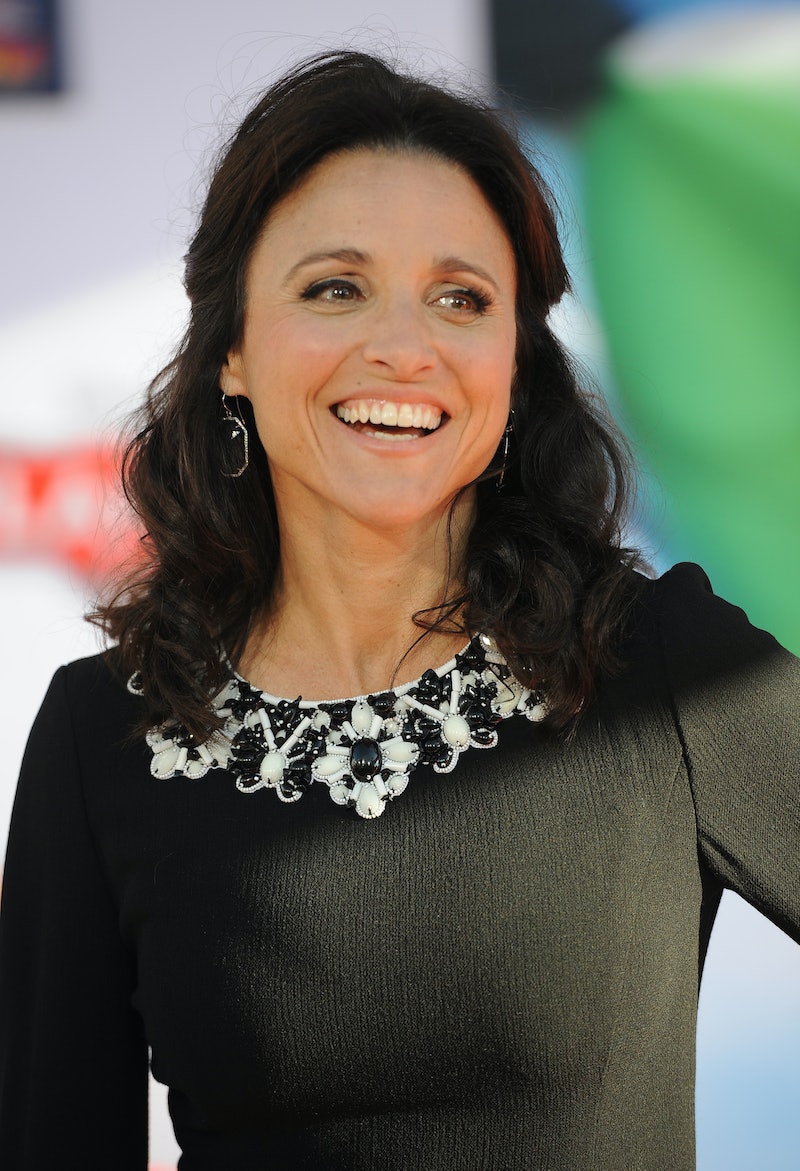 Former Seinfeld star and Veep star Julia Louis-Dreyfus has a new role, and no, it's not the President of the United States. According to The Hollywood Reporter, Julia Louis-Dreyfus may star in Force Majeure , an upcoming remake of the 2014 award-winning Swedish comedic drama of the same name,after Fox Searchlight picked up the rights to the film.

For those of you who don't know anything about the film, it was a big hit — both critically and commercially — in Sweden in 2014. Plot-wise, it follows a family vacationing in the Swiss Alps when an avalanche threatens to destroy the resort. The father abandons his family in a moment of panic and cowardice. The rest of the film deals with the aftermath, not of the avalanche (which was not physically destructive) but of the father's decision to abandon his family. It causes a rift in the marriage, an emotional breakdown, and their two children are strongly affected.

The film — though it did not receive its expected Best Foreign Film nomination from the Academy — did very well at the Swedish equivalent of the Oscars, in addition to performing well at festivals. Slate's Dana Stevens described the film as a subversion of the disaster movie genre, "intellectually and visually enthralling and often savagely funny."

Louis-Dreyfus will play the wife in the struggling family. This seems like the perfect role for the actress, whose most famous roles on Seinfeld and Veep explore human beings at their worst. She seems fascinated by the inherent yet functioning selfishness of humanity, which is the focus of she'll be able to use to great effect in this role.

Little else about this remake is currently known, including its writer, director, or other stars. They'll need a male lead who can play a despicable everyman, and Indiewire has already suggested Jon Hamm and Alec Baldwin, which both seem like great pics to me. Hopefully, this film will continue on its forward track; the US needs a cure for disaster movies.