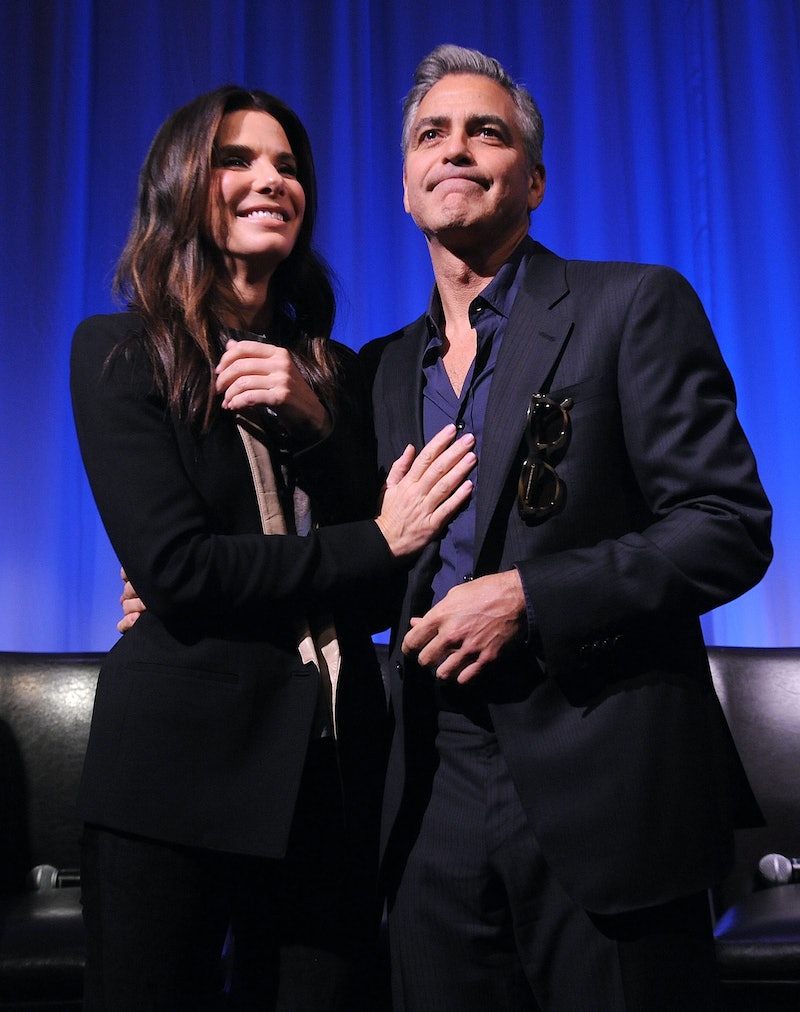 Poor all other movies: Gravity is still taking all of your monies. In fact, nothing really did all that well at the box office this weekend...except Gravity. Carrie flopped. Escape Plan flopped. Fifth Estate did pretty impressively poorly. Gravity, though, held strong.

Poor Benedict Cumberbatch (but congratulations to Julian Assange), because Assange biopic The Fifth Estate has secured the esteemed position of having the worst box office opening of the year so far. It brought home a measly $1.7 million, which, when you compare it to the $55 million Gravity made its opening weekend has probably made for some very melancholy studio execs this morning —most especially when you compare it to the weekends' other bombs, which still bombed less hard than Fifth Estate.

The Chloe Moretz-starring Carrie remake raked in a paltry $6.6 million (we were really hoping one last six would be added to the end of that, for obvious horror movie reasons), bogged down by the hefty legacy of the original film. The Escape Plan only brought in $3.3 million, which is pretty sad but less (or maybe more so?) when you consider how predictable it was that it did exactly as well as it did. Forbes' Scott Mendelson put it best when he wrote "after ignoring Arnold Schwarzenegger in The Last Stand (which was actually quite good) and ignoring Sylvester Stallone in Bullet to the Head (which was actually pretty bad), moviegoers relished the opportunity to ignore both of them at the same time with the $70 million (!!) Escape Plan."

Meanwhile, in the realm of good far away from this weekend's many plops, 12 Years a Slave was only released on 19 theaters total so far, but people still flocked to it, with a $50,000 per theater average and $960,000 total so far.