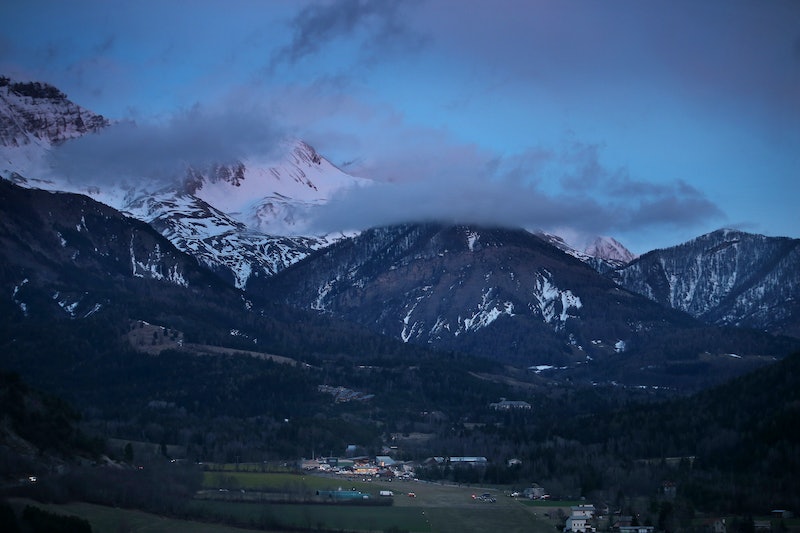 By now, you've probably heard why Germanwings Flight 9525 crashed in the French Alps on Tuesday, leaving 150 people dead. The plane's co-pilot, Andreas Lubitz, is believed to have crashed the plane deliberately, locking the lead pilot out of the cockpit and flying straight into a mountain. This revelation, brought about by the recovery of the plane's cockpit voice recorder, has prompted rampant speculation about Lubitz' mental state. So, here's my plea to you: Don't let the Germanwings crash stigmatize mental illness.

If you've spent any time sifting through the coverage, you've possibly read some of these blaring headlines: "KILLER PILOT SUFFERED FROM DEPRESSION," from The Mirror. "MADMAN IN COCKPIT," from The Sun. "WHY ON EARTH WAS HE ALLOWED TO FLY," from the Daily Mail.

This approach is deeply problematic, although it's understandable that people are trying to make sense of what happened. There's mounting evidence that Lubitz was suffering from some sort of medical issue just prior to the flight, as demonstrated by a torn-up sick note investigators reportedly discovered in his home. The note had recommended medical leave, including for the day of the crash. Germany's Dusseldorf University has also confirmed that Lubitz visited their health clinic for diagnosis. That said, as detailed by USA Today, Dusseldorf denied Lubitz was treated for depression.

Here's the thing: Mental illness is a profoundly common, ubiquitous fact of human existence, obscured and made murky by countless social and societal factors. For a whole lot of reasons — the fear that you might be viewed as a threat or a danger to people around you, for example, or simple denial — people suffering from mental illness often don't feel safe to seek help.

The role that social stigmatization plays in all this can't be overlooked. While it can be hard to trust the figures, as mental illness is the sort of thing a survey respondent might be reluctant to admit, our best indications show that incidents are much more common than generally perceived. In a recent Congressional Research Service study, nearly 25 percent of adults and 40 percent of adolescents had suffered a mental health incident over the course of a 12-month period — in other words, a whole lot of people you meet every day.

And yet, countless impression we're collectively fed about mental illness — reductive, time-worn stereotypes about depression — leave little room for compassion, understanding, or basic care. If someone is suffering psychologically, they may be reluctant to admit it — to themselves, to others, to a medical professional — because they don't want to be viewed as some sort of cartoonish, stereotypical ticking time-bomb. In other words, not wanting to be viewed in precisely the ways that some coverage of Lubitz and the Germanwings crash is reinforcing.

It bears repeating that depression and mass murder are not the same thing. The former is all too common, while the latter is extremely rare — as Vox details, there have only been eight ostensibly deliberate plane crashes over the last 39 years. However, if there's a single way to exacerbate the risks posed by depression (and other potentially severe mental illnesses), both to the sufferer and the people around them, it's this kind of high-profile stigmatization.

After all, it can be incredibly hard for many people to ask for help with even the little things, let alone seek help about what's going on inside their head. Helping people come forward and speak to their experiences is crucial, to say the least. And while I believe we can nurture a more responsible climate for discussing mental illness, reactions to situations like these are a discouraging reminder of how far we've got to go.