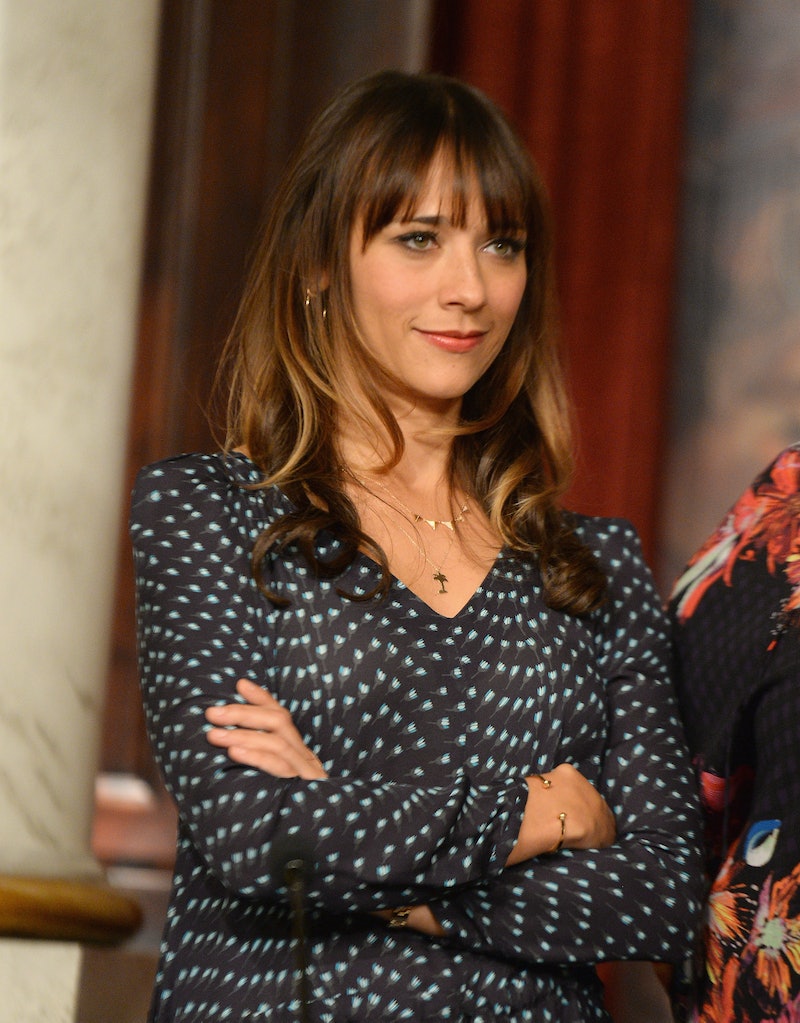 Rashida Jones broke the hearts of Parks and Rec fans around the world when it was announced that she'd be leaving the show in the middle of this season. We might know now, though, where she could be headed next: Rashida Jones is rumored to be in contention for the part of Janet Van Dyne, AKA The Wasp, in the upcoming Marvel flick Ant-Man.

Ant-Man, which is being directed by Hot Fuzz and Scott Pilgrim Vs. The World director Edgar Wright, is currently also choosing between Joseph Gordon-Levitt and Paul Rudd for the titular role. Jones' hypothetical future character is Janet Van Dyne, who apparently will not be appearing as The Wasp in Ant-Man, but the possibilities for her future as the superhero will be referenced throughout the film, according to Wright, and hopefully explored more so in future hypothetical projects.

In less happy Rashida Jones news, the actress tweeted something rather questionable yesterday that is leading to some backlash headed in her direction. “This week’s celeb news takeaway: she who comes closest to showing the actual inside of her vagina is most popular. #stopactinglikewhores," she tweeted.

Welp. That's kind of not cool, Rashida. And totally not something we expected from someone who is usually the definition of cool, beautiful tropical Leslie-Knope-befriendign sunfish.

Response to the tweet was divisive — from praise to scorn, etc. — and so Jones took once again to twitter to elaborate on her point and (kind of) apologize.