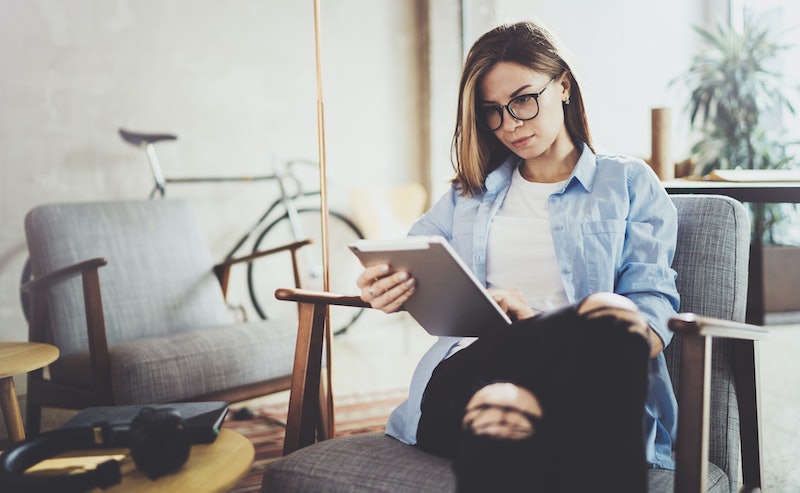 Censorship is a [witch]. What a pain in the [bottom]. It can certainly go [freak] itself. Especially this week. Because this week a battle was fought between the censors and those they would censor, and the foul-mouthed fiction writers won. The Clean Reader app has deleted its catalogue because famous authors protested on behalf of dirty language.

Creators Jared and Kirsten Maughn created the electric eraser of erotica for people like their daughter, who wanted to read without fear of [freaking], [chests], [witches] and the like. Jared Maughn told PR Newswire ,

“The idea for Clean Reader started at our dinner table after our daughter’s first exposure to books with swear words. It’s taken significant time and effort to take it from an interesting idea to a really fantastic mobile app that we’re excited to offer to the world."

Chocolat author Joanne Harris sounded the battle cry. In her article “Why I’m saying ‘fuck you’ to Clean Reader” she took the app to task, writing, "Anyone who works with words understands their power. Words, if used correctly, can achieve almost anything. To tamper with what is written – however much we may dislike certain words and phrases – is to embrace censorship."

Her words inspired authors such as Ian Rankin, Margaret Atwood, and Chuck Wendig to speak out on Twitter and defend their right to swear.

And in response, Clean Reader’s ebook suppliers @Inktera and Smashwords demanded their books be removed from the app. On Thursday, Clean Reader complied and removed all books from their catalogue. While they've stated they hope to rework the app and rerelease, it is unclear how that new app will function without books.

When Joanne Harris talked to the Guardian about the decision, she celebrated.

“It is a small victory for the world of dirt ... and a wise move on their behalf. I think somebody would have proved how fundamentally illegal it is, and would have taken them to court … it’s interesting to see how pressure from the internet has done it, and how widespread support is for the integrity of books. A lot of people don’t want to see books tampered with.”

She added that she would be keeping an eye on the Clean Reader App in the future, because nothing there's nothing to stop them from trying again.

If you are one of those people who likes to see books tampered with, here are some classic quotes from you with that nice, tidy, Clean Reader touch:

This Be the Verse by Philip LarkinThey [freak] you up, your mum and dad.They may not mean to, but they do. They fill you with the faults they hadAnd add some extra, just for you. Trainspotting by Irvine Welsh Choose mortgage payments; choose washing machines; choose cars; choose sitting oan a couch watching mind-numbing and spirit-crushing game shows, stuffing [freakin] junk food intae yir mooth. Choose rotting away, [peeing] and [pooping] yersel in a home, a total [freakin] embarrassment tae the selfish, [freaked]-up brats ye've produced. Choose life.Henry IV, Part 1 by William Shakespeare “Thou clay-brained guts, thou knotty-pated fool,thou [hussy]son obscene greasy tallow-catch!” Foxfire by Joyce Carol Oates“Like they’re pretending not to know who I am: I’m Legs Sadovsky I’m FOXFIRE I don’t [freak] around with guys.”