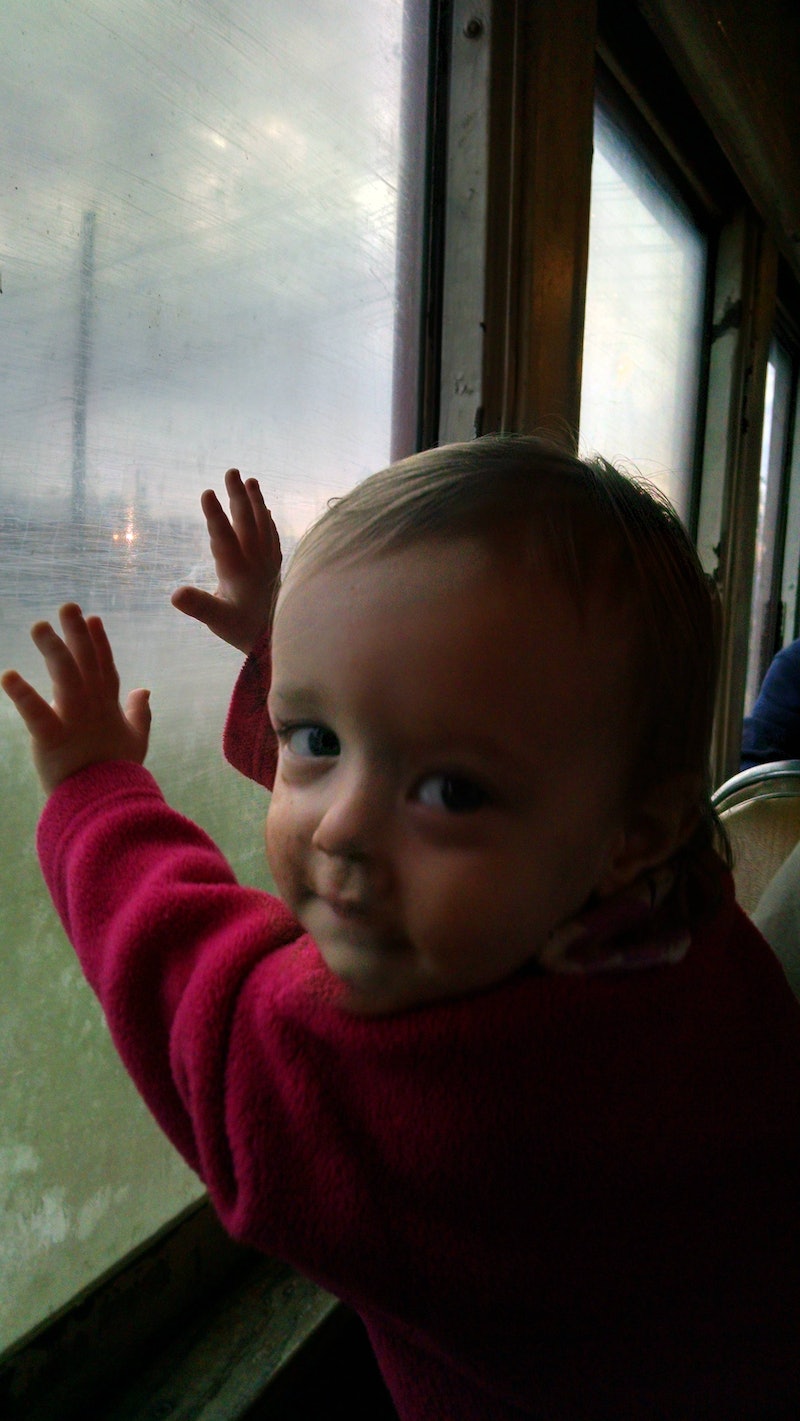 In case you needed another image to haunt your nightmares, redditor Fallen Coffee posted a bizarro panoramic view photo of his living room, taken while his cat was taking a stroll through it. The result is a weirdly elongated version of the cat (aka, the cat-erpillar, GET IT) that would be a completely terrifying creature if it ever came to exist in the real world. But since we're all still safely living in a regularly sized cat-inhabited world, we can relish in the comedic brilliance that is this photographic moment.

The occurrence of panorama fails—where a camera phone with photo-stitching capability captures a moving object and creates a different effect—is not a new thing, and the internet has not let us down in chronicling the best and worst of them. There's an entire Twitter feed called @PanoramaFails, and a reddit board called r/panoramics gone wrong. Worth noting that among all three of those (and the other sites out there keeping track of this effect), quite a few are NSFW, partly because guys seem determined to apply this elongation effect to a particular body part. (Of COURSE that's what you guys are doing with your lives. Of course.) But first, let's get to the important stuff: The weird image of Fallen Coffee's cat. More than one commenter on the reddit board where this was posted questioned whether this was an accidental take, or the guy was actually trying to create this effect. Either way, it's plenty weird.

Other examples of panorama fails? Why certainly, let me help you out with that. Let's start with another animal, which this poster called the Horaffe (horse + giraffe, duh):

And then there's this three-headed dog, which as we all know is the guardian of the gates of Hades.

Now let's take a look at what can happen to people's faces if they move while someone's shooting a panorama of them. It alternates between "haha that's funny" and "HOLY CRAP RUN AWAY."

Then, there's the number of people who move during panoramas, with bizarre results. This guy was picking up some leaves.

And this guy, no idea what he was doing but he should have just kept still. Then he wouldn't look like a Salvador Dali painting

Sometimes, the panorama fail ends up being a panorama win, when the resulting images gives a new perspective or surreal take on a landscape or other basic scene. Like this one, which kind of looks like something out of Inception, with the ocean appearing to collapse on itself.