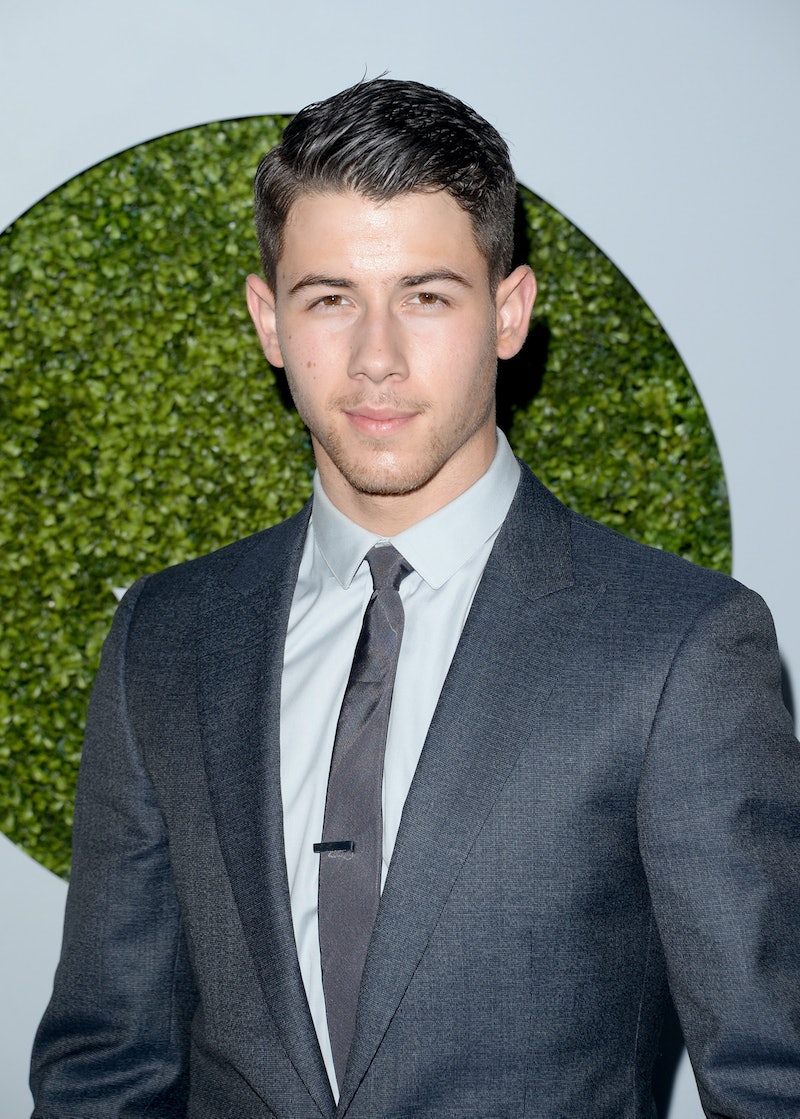 Whether he's talking about sex, making music, or crotch-grabbing, Nick Jonas never fails at making headlines. On Friday, Nick Jonas delivered alcohol via the Saucey delivery app to a group of strangers who definitely got a lot more than they paid for. A group of friends chilling in Los Angeles ordered some alcohol (apparently, you no longer have to go to the store to purchase booze) and when they opened the door Jonas was standing there as their delivery boy. Not only did he drink with the strangers, who were more than thrilled to do just that, but he also sang "Jealous" and "Chains" for them. I'd say that made for a fantastic Friday night.

Earlier in the evening Jonas tweeted a cryptic tweet reading, ".@SauceyApp follow this and download the app. Surprises in store tonight for the greater Los Angeles area tonight. #goodtimes" Little did the lucky group who were surprised by the JoBro know that Jonas was adding delivery boy to his resume.

So, how did Jonas end up on their doorstep? According to a Saucey rep who spoke with People, "This was unplanned. Nick is an investor in Saucey and wanted to meet some of the customers." I'd keep him around as an investor, wouldn't you?

Here are just a few of the ecstatic Instagram posts shared by those who casually chilled and drank with Jonas.

Talk about a dedicated investor! I think it's safe to say Jonas went above and beyond. Who else is going to download the Saucey app (it's only available in San Diego, San Francisco, and Los Angeles) hoping that Jonas or some other famous face will show up with booze? Yeah, me too.

More like this
Jennifer Aniston Spoke Out About *That* Viral TikTok
By El Hunt
Olivia Rodrigo’s Song Dedication To 5 SCOTUS Justices Sent A Strong Message
By Grace Wehniainen
Will Beyoncé Be At The BET Awards To Perform “Break My Soul” Or Attend The Show?
By Jake Viswanath
Lily Allen Was “Quite Emosh” After Performing Sober At Glastonbury Festival
By Stephanie Topacio Long
Get Even More From Bustle — Sign Up For The Newsletter