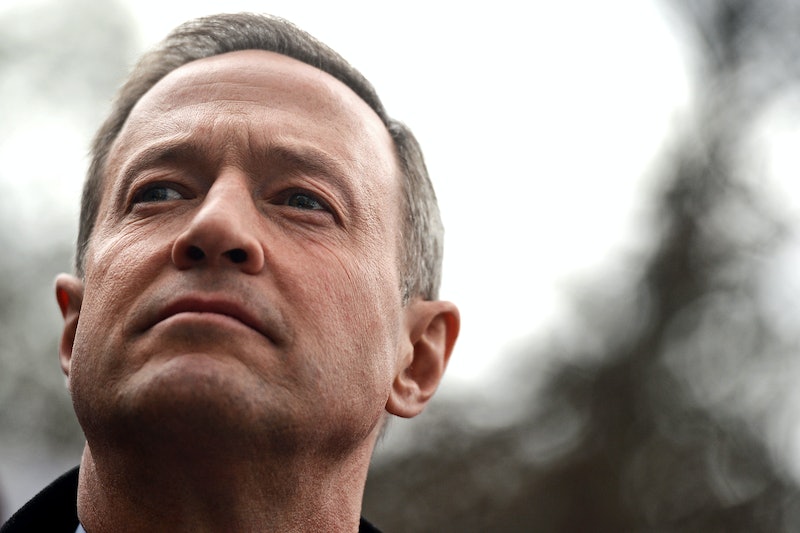 In a Sunday appearance on ABC News’s This Week, Democratic presidential candidate hopeful Martin O’Malley criticized America’s political dynasties, saying the U.S. needs fresh perspectives to overcome its problems. The former governor of Maryland told host George Stephanopoulos that the presidency “is not some crown to be passed between two families.” O’Malley’s staunch appearance on the show ramps up the likelihood of a 2016 presidential bid, which would position O’Malley against Democratic frontrunner Hillary Rodham Clinton in the primaries.

During his appearance Sunday, O’Malley emphasized that “new perspective and new leadership” are required. “The presidency of the United States is not some crown to be passed between two families,” O’Malley said, in a veiled reference to the candidacies of both Clinton and former Florida Governor and Republican Jeb Bush, “It is an awesome and sacred trust to be earned and exercised on behalf of the American people.”

He shied away from actually explicitly criticizing America’s reigning political royalty. When Stephanopoulos asked to whom he was referring, O’Malley claimed it could be “any two families.” He went on, “We need a president who’s on our side, a president who’s willing to take on powerful, wealthy special interests” to reinvigorate the economy.

O’Malley has recently started traveling to early nominating states, according to The Washington Post, indicating an eagerness to announce his candidacy. But the newspaper points out that Clinton is leading decisively in opinion polls, and that O’Malley fervently supported her during her campaign in 2008. O’Malley has faced questions about whether he is seriously hoping to “take on” Clinton, with some commentators assuming that he is vying instead for a prominent place in her administration: a vice presidential candidate, say, or a cabinet secretary.

O’Malley himself has announced that he will decide whether to make a presidential bid, or not, in the spring — but his somewhat disparaging remarks Sunday make a job in Clinton’s retinue look slightly less prized. Asked whether Clinton would be prepared to take on special interests, O’Malley speculated with intent. “I don’t know. I don’t know where she stands,” he said. “Will she represent a break with the failed policies of the past? I don’t know.”

Stephanopoulos asked whether Clinton’s nomination was inevitable, and O’Malley was again somewhat evasive. “History is full of times when the inevitable front-runner is inevitable right up until he or she is no longer inevitable,” he told the host. Stephanopoulos himself is a former communications director for President Bill Clinton. Asked about his previous support for Hillary Clinton, O’Malley said, “I certainly believed that for those times, that she would be the best choice for us as a country.” But for now, he said, “we need people who know how to get things done and we need new leadership.”

Stephanopoulos expressed surprise at O’Malley’s direct, unwavering challenge to Clinton’s leadership. “It's not about being for or against any other candidate,” O’Malley volleyed back, “It's about being for the national interests.”

But it is perhaps somewhat telling that, as The Miami Herald notes, O’Malley was more eloquent on the dangers of a two-family monopoly on domestic politics than on the actual foreign policy threats to the country. Asked what the greatest threats facing the country were, O’Malley noticeably missed a beat, slowing down and stumbling over his words:

He also quickly shook off comments about the results of a recent Maryland poll, which revealed that 63 percent of his former constituents backed Clinton. Only 3 percent would vote for O’Malley, the study found.