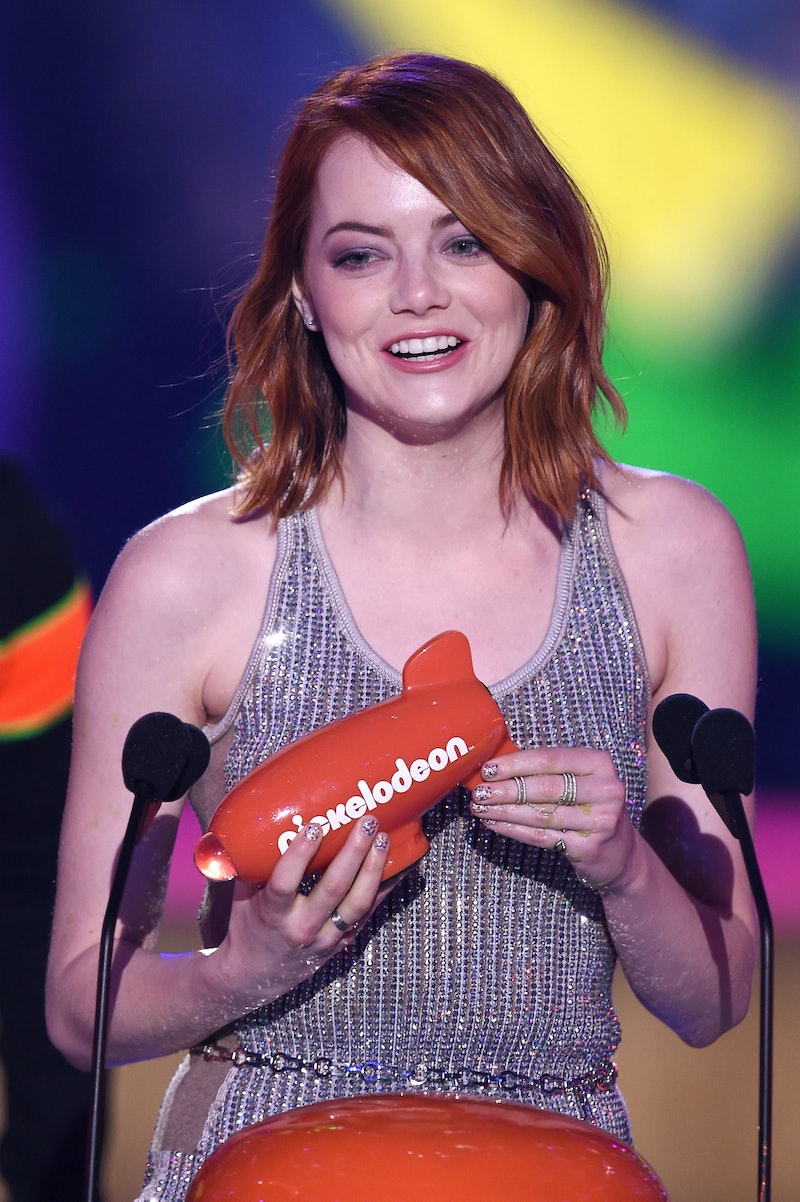 The Kids' Choice Awards always brings out another side of celebrities. It's fun, stress-free, and, well, let's just say you gotta be a trooper to withstand all that slime. But though the relaxed award show isn't necessarily known for its fashion, in the case of Emma Stone, who attended the Kid's Choice Awards Saturday night, sometimes just having a little fun can look really darn good.

Stone won Favorite Movie Actress at the 2015 Los Angeles award show, and took a break from her couture red carpet style (which she killed it in this year, might I add) to rock a mini skirt and tank top. The Louis Vuitton tank was silver and sequined, and she paired it with a black, leather skirt, also Louis Vuitton. With black, ankle-strap pumps, minimal makeup, and her red hair in loose, textured waves, the Birdman actress showed us that she doesn't have to be all made-up and gowned to look flawless. And bonus adorable points for her dancing around the stage.

I'm not saying this look will land her on any best dressed lists, but it's definitely fun to see a more carefree side of Emma. And girl can rock a mini, let's be honest.