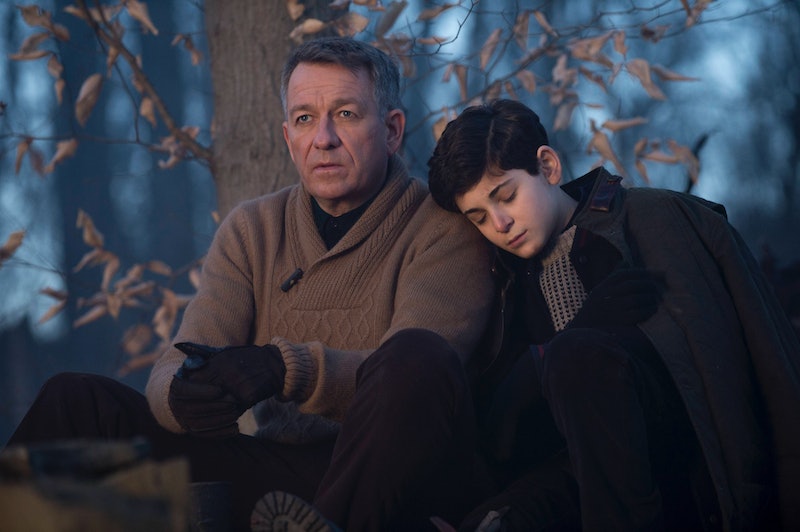 I hope you like your tea and scones with a side of hand-to-hand combat. Gotham has shown us new sides of many figures in the Batman comic book canon, and Bruce Wayne's butler Alfred stands out among them all. In every iteration of the character, he's fiercely loyal to Bruce and the memory of the Waynes, an indispensable member of the team, and a pillar of class and honor. But Gotham dips in to a period of the mythology that's largely unexplored. At this point in the story, Bruce isn't a crimefighter. He's not even a man. He's a scared kid determined to figure out his place in the world. And since Alfred is responsible for raising Gotham's eventual protector, this is his time.So thanks, Gotham, for giving one of the superhero tradition's biggest support systems his own opportunity to shine. In fact, this version of Alfred Pennyworth is far and away my favorite character on the series. Not that I don't appreciate the silver fox who eventually rolls with grown-up Bruce, it's just that this younger model is more action hero than Batmobile polisher, and I suspect he's still holding on to some secrets. This is the guy you want next to you when the you-know-what hits the fan, especially if you're 12 and have yet to design your first utility belt.

The bond between Alfred and his charge is always apparent, even in the later years. But with Bruce as a child fresh from the loss of his parents, the butler is much more outwardly affectionate.

2. Sarcasm Is His Middle Name

Sean Pertwee's dry delivery puts the icing on Alfred's caustic comebacks. (He's the son of Jon Pertwee, who played one of the Doctors on classic Doctor Who. The man knows his way around a witticism.) My head canon is that Thomas Wayne and his butler shared a similar sense of humor and were known to trade well-intentioned barbs. Accepted? Accepted.

3. He Knows When It's Necessary To Get One's Hands Dirty

No punishments for fighting. Not if the jerks deserved it.

4. Having Alfred Around Is Like Having A Really Posh Personal Trainer

The only thing more badass than being Batman is being the guy who taught Batman everything he knows.

Remember that time that Alfred transformed into a Hollywood stunt man before our eyes? Who needs an security alarm? He'll protect this house himself.

There's nothing more sacred to Alfred than duty, but his duty is definitely not to cater to the whims of difficult children. (Or adults, for that matter.)

7. If You Call Him Anything But His Proper Title, It'll Be The Last Thing You Do

He's the butler, mate. Don't you forget it.