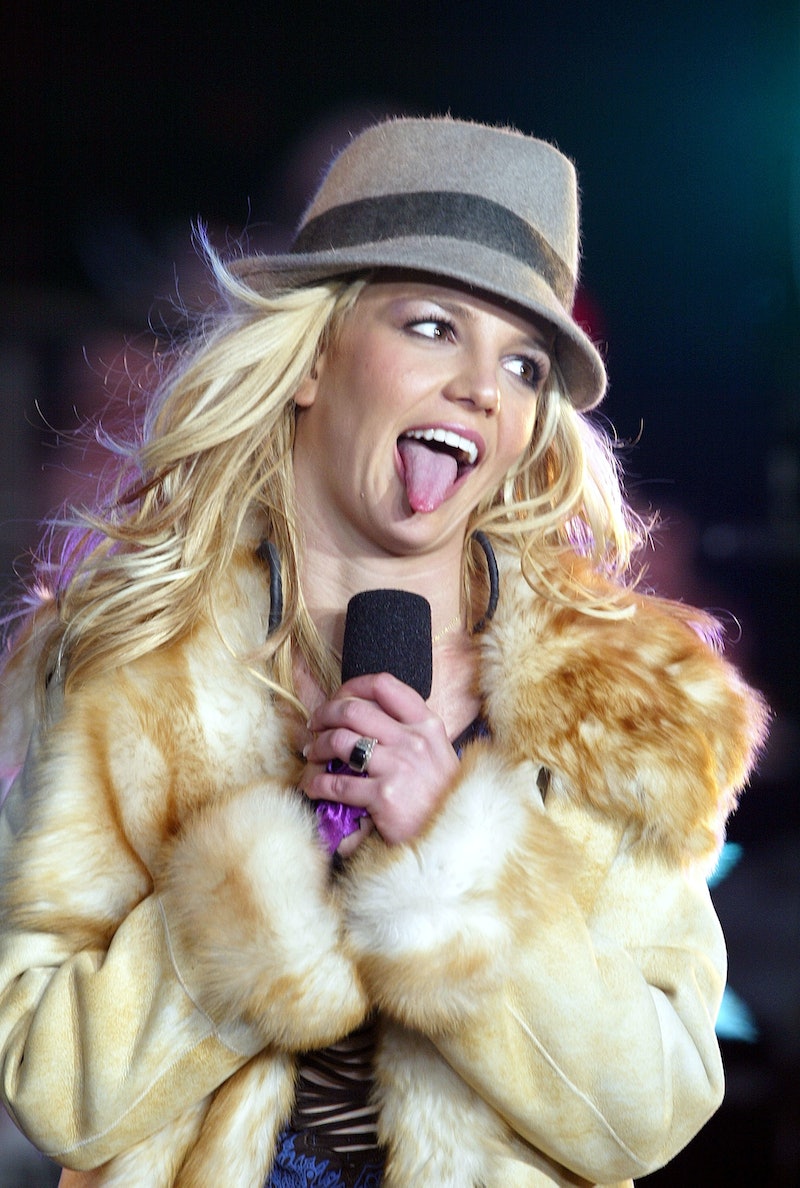 We all think weird stuff in the shower. It's a very naked, reflective space, and everyone know that when you reflect while naked, things start to get real. The "Shower Thoughts" subreddit invites users to share their weirdest shower thoughts, and I've taken it upon myself to illustrate some of the better ones with Britney Spears. Because you just know anything you can think in the shower, Queen Brit can out-kook you. This should also save you from doing what I just did and spending an hour trolling the forum while giggling over/solemnly agreeing with/cringing at/being freaked out by people's poignant thoughts.

In my first ever law school class, way back in 2004, we were asked by our professor to take turns revealing a secret about ourselves to the room, as some kind of weird team building exercise. Then the teacher herself said, "OK, I'll go first... I shower in the dark." I can't explain exactly why it was so weird, but it was SO WEIRD. I imagine some of her brightest legal thinking must take place in her darkened shower. But then, what if she fell over? Or dropped the soap? Or I don't know, wanted to do anything that required vision? Each to their own, I guess. And each of these wonderful Redditors to their own thoughts:

1. "Reading is just staring at marked slices of wood for hours while hallucinating vividly."

2. "Based on genital structure, skirts should really be worn by men and pants by women."

3. "What if the cure for autism turns out to be a vaccine?"

5. "Your capability is literally the cap to your ability."

6. "There should only be one cheerleader per team. The rest should be cheermembers."

7. "We're currently living without things that in the future we "won't be able to live without.""

8. "If I only had to pee once a year but it was for an entire day that would be okay with me."

9. "We could also spell "Selfies" like "Cellphies" and it would mean the exact same thing."

10. "It's not very reassuring that Trojan brand condoms are named after an army famous for accidentally letting a few soldiers through their impregnable wall."

11. "It's strange that we cook bacon and bake cookies."

12. "STD tests will have a positive result either way."

13. "Every episode of Harry Potter should end with Hogwarts getting sued for getting some of their students killed, almost killed or injured."

14. "Sending your child to day care is like paying someone to level up your character."

16. "Dave Grohl should release his own line of over the counter cold medicine "Flu Fighters."

You're welcome. If you really need help procrastinating today, head to reddit's Shower Thoughts thread for more. It's the best place to waste time on the Internet.