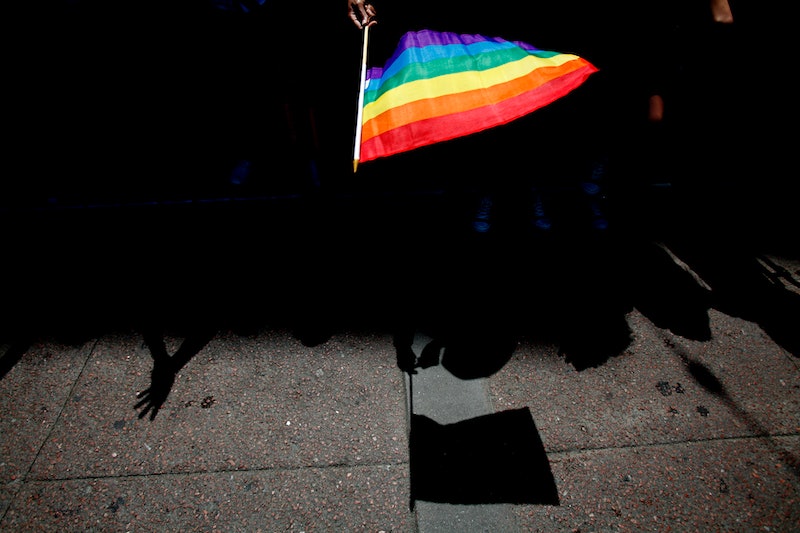 The controversial law that seems designed to protect those discriminating against the LGBT community won't actually be used to discriminate anyone, so say two of Indiana's top lawmakers. After Indiana Governor Mike Pence signed it last week, Republicans David Long and Brian Bosma are promising to fix the "religious freedom" act, which seeks to protect one's exercise of religion. The two legislators adamantly claim that the bill will not allow businesses to deny services to gay and lesbian residents, but a clear explanation of the act's intention has yet to be provided. Meanwhile, Governor Pence has opposed making any amendment to the act.

Last Thursday, Governor Pence signed Indiana's Religious Freedom Restoration Act, which states that "Government shall not substantially burden a person’s exercise of religion." Immediately, critics pointed out that the act could lead to anti-LGBT discrimination. For example, if a business refused to offer services to a gay couple, and the gay couple sued, the business — under the act — would be protected from the "burden" of the lawsuit. Now, Long, who is the state legislature's senate president pro tempore, and Bosma, the state legislature's house speaker, are insisting that the act will not allow such discrimination. Long explained at a press conference on Monday:

Bosma echoed that statement with his own:

There were questions asked this weekend about whether the Senate Bill 101 was designed, had the intent, or would have the effect of discriminating against gay and lesbian Hoosiers [a nickname of Indiana residents], the answer is no.

What we had hoped for with the bill was a message of inclusion — inclusion of all religious beliefs. What instead has come out is a message of exclusion and that was not the intent and hopefully not the effect. But to the extent that it is we are intent on righting that.

Over the weekend, when asked about the law's provision that seems to allow discrimination in an interview on ABC's This Week, Governor Pence said he was "not going to change the law." However, he would consider additional language that clarified the bill's specific intentions.

If the general assembly in Indiana sends me a bill that adds a section that reiterates and amplifies and clarifies what the law really is and what it has been for the last 20 years, then I'm open to that.

Right now, the vague language of the bill is creating strong reactions from both sides. While supporters push for further clarification in order to keep the law, many businesses have started to boycott the state of Indiana. Angie's List put its campus expansion project in Indiana on hold until the full implications of the bill are understood.

On Saturday, the NBA and WNBA, and their local teams, the Indiana Pacers and the Indiana Fever, commented on the law in a joint statement:

The game of basketball is grounded in long established principles of inclusion and mutual respect. We will continue to ensure that all fans, players, and employees feel welcome at all NBA and WNBA events in Indiana and elsewhere.

The Indiana Chamber of Commerce released a more practical statement:

In our eyes, the law is entirely unnecessary. Passing the law was always going to bring the state unwanted attention.

For some, there is only one solution to this: "Repeal, repeal, repeal," pleaded Senator Tim Lanane, the state senate's minority floor leader, at a press conference.

If Republicans want a fix, there's only one choice. And that is to repeal this law. ... There is no compromise when it comes to discrimination.