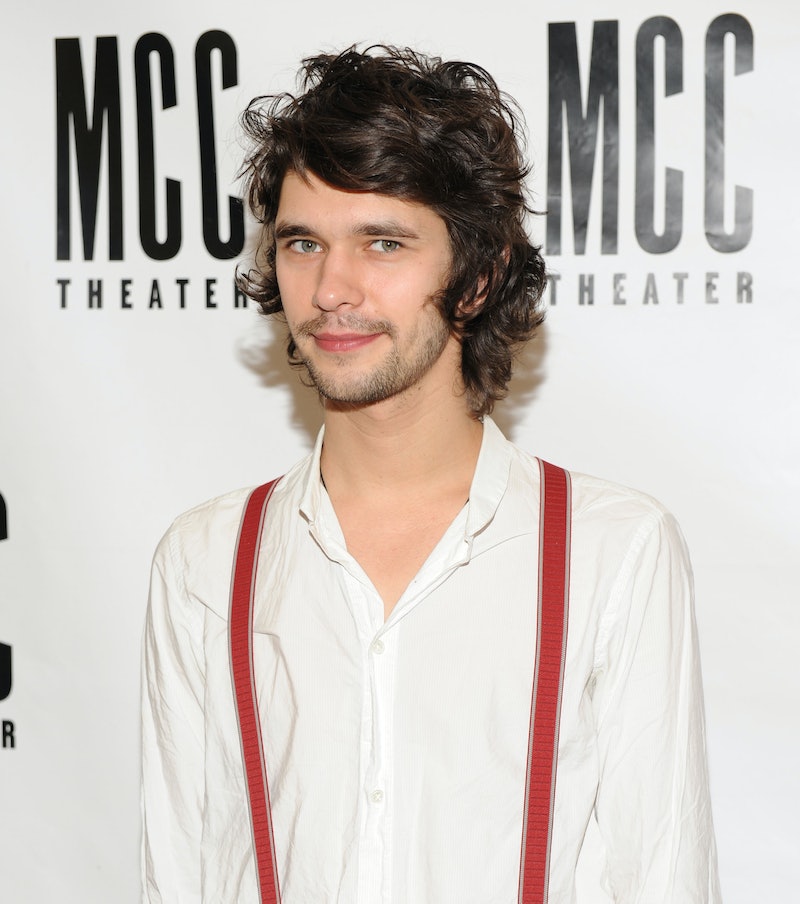 Freddie Mercury, the late great lead singer of Queen, is an icon. He's also getting a biopic, a film that is highly anticipated by Queen fans but was made more complicated by the fact that Sacha Baron Cohen, who had signed on to play Mercury, is no longer attached to the project. The next prospective actor for the Queen frontman, though? Ben Whishaw could be up for Freddie Mercury. And he's kind of perfect for the role.

It takes something special to play an icon. You can't just bear a physical resemblance or just be able to pull off a good impression, unless we're just talking SNL. We have no doubt Sacha Baron Cohen would have been an amazing Freddie Mercury under these parameters — he looks the part, and he's certainly got the energy.

But given that Cohen and the band parted ways over "creative differences" a few months back, Whishaw — whom Queen drummer Roger Taylor revealed on BBC's The One Show is the band's first choice — could probably pull off the task pretty damn well.

“What led us to that conclusion [to part ways with Cohen]," guitarist Brian May said, "was the last three movies that he’s made The Dictator, Les Misérables, and Hugo, in which he makes outstanding performances, but they’re very much Sacha Baron Cohen performances. And we thought there has to be no distraction in the Freddie movie. You have to really suspend that disbelief – the man who plays Freddie, you have to really believe is Freddie. And we didn’t that could really happen with Sacha.”

So now they're after Whishaw. Perhaps best known as Q in Skyfall and for his roles in The Hour, Cloud Atlas, and Bright Star, Whishaw is one of those Benedict Cumberbatch/Tom Hiddleston British thespian types — but with a bit more of the whimsy and weirdness inherent to him that could really lend itself to a Mercury interpretation.Queen's reason for not going with Cohen, while sad, makes sense as well: Many actors have struggled to fully become the famous person they're portraying. Nicole Kidman playing Grace Kelly in in Grace of Monaco seems very much Nicole Kidman Being Classy as Grace Kelly, and Lindsay Lohan as Elizabeth Taylor in Liz & Dick seemed very... well, let's leave that one be. But, on the flip side, there's Michelle Williams in My Week With Marilyn. Williams may be a well-known entity outside of her film roles, but she embodied Monroe thoroughly enough that even though they weren't identical, you could practically see Monroe shining through. None of this is an exact science, but, Queen fans that we are, we can't pretend we're not excited to see Whishaw — should he say yes, nothing has been confirmed and nothing has been signed — sashay around the on-screen stage as Mercury, bell bottoms and chest hair and all. The film in question was written by Peter Morgan, whose other credits include, funnily enough, the screenplay for The Queen. It's being produced with people like Graham King, Jane Rosenthal, Tim Headington, and Robert De Niro.