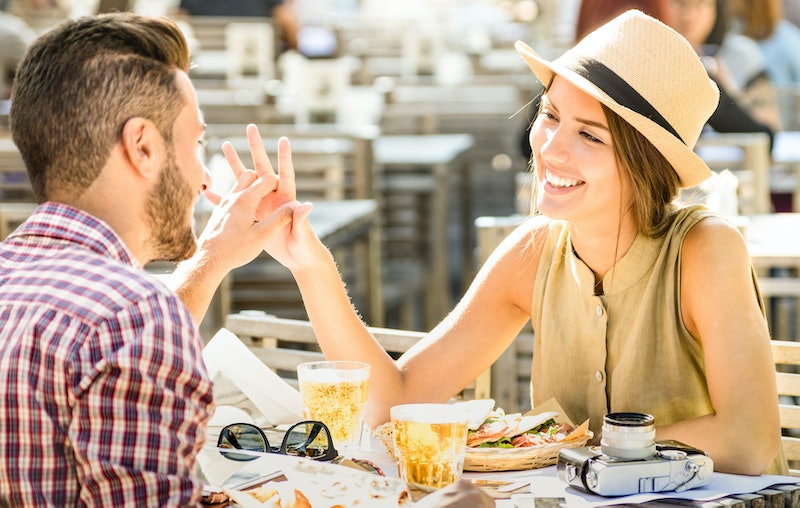 So yes, couples can shockingly be twice as awkward and cringe-y as a singular person, but they also receive twice the heat, merely as a result of being in a relationship. It's easy as a single person to look at your taken friends and imagine they're having all the fun, but this simply isn't the case, and doing so often isolates your couple friends because they feel like they can't share that part of themselves with you. For example, as much as you love your significant other, there is genuinely only so much you can say to each other in a day, like, Yes babe, you DID tell me about that human genome article you read, twice this morning, thanks, though. We need our friends as much as anyone ,and feeling like you can't admit that because you've been put in the relationship box feels a lot worse than people might believe.

Neither side is wrong; singletons drink the haterade because couples can be really frustrating, and couples can feel isolated because you’re continually having to prove your commitment to your friends, which then feels like having an indeterminate number of demanding boyfriends. So here are some tips, for both sides, so that we can all co-exist in peace.

1. Do not make out for more seconds than there are people in the room. This is rude, and for the record tongues look like fleshy mini-tsunamis when you’re kissing, and although you can’t see your own mouth…everyone else can.

2. Talk to other people. You should know better than most that your significant other isn’t the most interesting person in the room, mostly because you already know their fun facts and punchlines. Single friends are like beautiful flowers, they need the sunshine of your attention to remind them that you value them equally, just in a different way. When they start going down on you even if your legs aren’t shaved, that’ll be a game changer.

3. When people ask about your significant other, or how your relationship is going, understand that this means one of two things. A) They’re asking to be polite. They don’t actually care or often want to know, it’s literally the follow up question to “How are you,” politely respond with "Well" and MOVE ON. B) They want to know because you always have relationship drama and they need fodder for the gossip mill. DO NOT ENGAGE, I REPEAT, DO NOT ENGAGE.

1. Do not be jealous because your couple friends are getting laid more than you. They’re also get dutch ovened and they don’t get to watch their trashy TV shows as much as they’d like. This might not seem like a fair trade off, but trust us, it is.

2. Talking about all the interesting sexy encounters you’ve had recently will inevitably make us jealous. Not because we necessarily want to taste the forbidden fruit, but because the joy of the chase is hard to replicate when your big nights consist of NCIS and macaroni and cheese in pajamas. That’s just the sad truth.

3. JUST BECAUSE WE ARE IN RELATIONSHIPS DOESN’T MEAN WE AREN’T FUN. The ability to go out isn’t stored on a micro chip in your head that self implodes once you start seeing someone, how else would people get back on the horse after a break up? Yes, sometimes we’ll want to stay in and sit around, but that’s not to say we can’t get out on the dance floor and teach you how to dougie with the best of them.

Glad we're all on the same page here. Or getting there, at least.