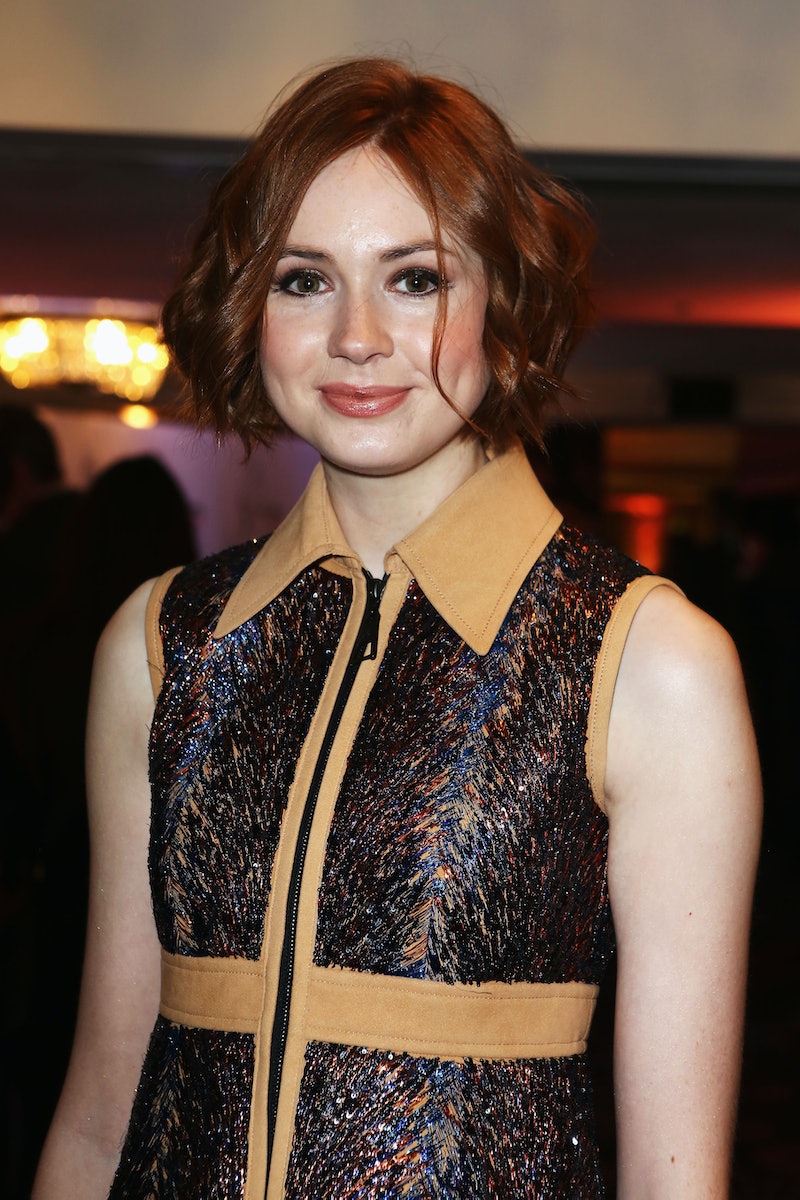 I don't know about you, but I'm still mourning the loss of Selfie, and all the Karen Gillan red carpet moments the show led to. Karen Gillan and John Cho were awesome together, and who doesn't love modern adaptations of classics? Since Selfie and Guardians of the Galaxy are both in the rear view mirror now, it means that Gillan's (almost) always-fabulous red carpet appearances have been sadly less frequent than before. Sure, she did show up at the Los Angeles premiere of Cinderella , looking nicely put together (and very British) in Burberry, but it's been a while since then. Luckily, Ms. Gillan majorly shook it up at the Jameson Empire Awards in Louis Vuitton this weekend, and hopefully there are lots more red carpet ensembles to come in the weeks ahead!

She's been favoring Louis Vuitton a lot on the red carpet (she recently wore a similarly retro outfit at the London premiere of Guardians of the Galaxy ), and this head-to-toe look is her most stylish LV look yet: She wore a mod sequined dress, with a space age-y zipper, paired with some killer patent leather boots (for the record, they're not quite as cool as the over-the-knee patent leather lucite-heeled Diors that Hailee Steinfeld wore to the iHeartMusic Radio Awards, but they're pretty darn close). Let's take a look at Karen, completely rocking the retro-futuristic ensemble:

Even more in action:

Pretty fabulous, right? Karen took home the Best Newcomer Award, and I'd call her outfit a definite win as well.