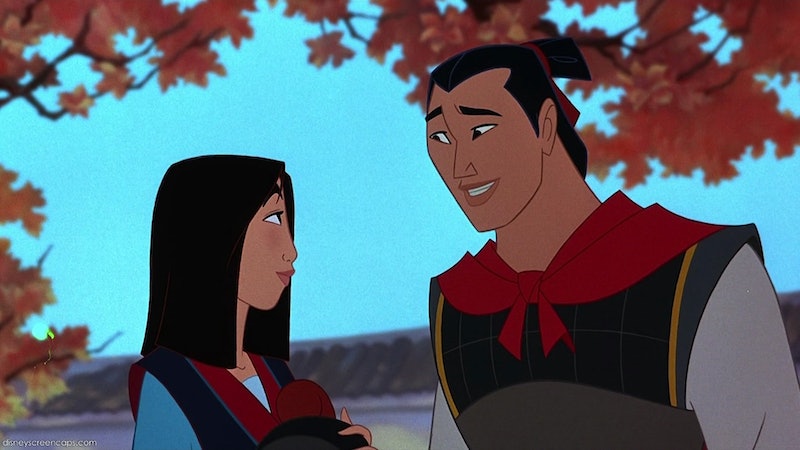 It's no secret that Disney is all about their live-action adaptations lately, and there's plenty of reasons to get excited about their latest project. According to The Hollywood Reporter, a live-action version of Mulan is in the works, and it's a new film that I can really get behind. Mulan isn't exactly a perfect film (particularly when it comes to its heavily debated and criticized depiction of Chinese culture) but it does stand out amongst other Disney "princess" flicks as giving its heroine far more agency than, say, the sleeping princess in Sleeping Beauty. It's not surprising that Disney chose Mulan as their next project — after the success of female-oriented films like Frozen and Maleficent,it's clear that audiences want smart, complicated, and interesting women onscreen. That's great — but let's not forget that Mulan is also a depiction of a certain culture and Disney needs to get that part right, too.

A live-action Mulan needs to feature a cast that accurately reflects the ethnic group the film is portraying. That might sound simple, but Disney has a history of white-washing its casts (like, say, Rooney Mara as Native American Tiger Lily in the upcoming Pan or Johnny Depp as Tonto in The Lone Ranger) and that's something that simply cannot happen if they want their new Mulan to have any real value as a story. Asian actors are already sadly underrepresented in American cinema, and Mulan is a film that can and should feature an all Asian, if not also all Chinese, cast — the story takes place in China and is based on a Chinese tale of Hua Mulan. Ignoring that fact would be profoundly insulting to the people who want to see themselves on screen in their own stories.

Disney has a simple mission with the new Mulan, and if done correctly, can set a precedent for all other future films. I hope Disney has learned from its past errors in judgement and can make a Mulan everyone will be excited to see.