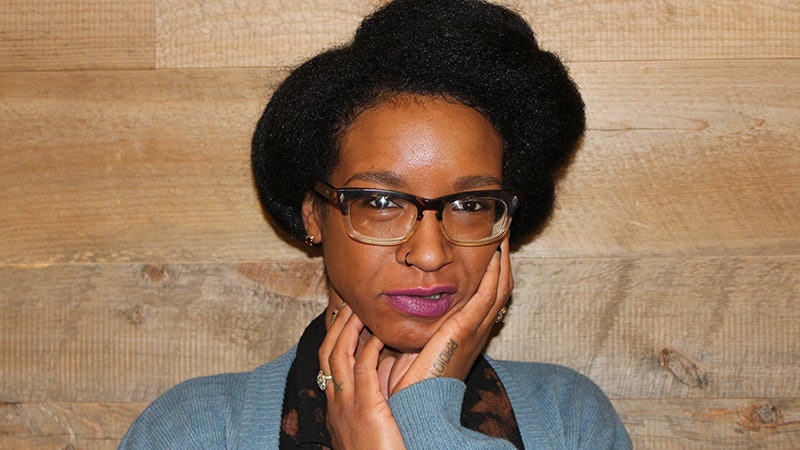 Not long ago, I wrote about seven crazy home acne treatments and if they actually worked. From banana peels, to bacon grease and dog spit, some of these smelly treatments have some actual science behind it and others just seem to work and we have no idea why. Personally, I found putting bacon grease on my face to be far more disgusting than putting semen on a pimple. Yes, semen facials are a thing; yes, there are many who don't mind putting sperm on their face in the name of beauty — and yes, I am one of them.

Since I hadn't tried this acne zapping trick in quite a while, I thought it only fitting for me to give it one more shot. I figured it best to dip into my box of degenerates that I sometimes have sex with and pick one that eats healthy, because I only want top shelf semen on my face. What can I say? I'm committed to natural beauty and the importance of doing my research. You're welcome. When semen cured my first pimple, I remained unconvinced, assuming that the rumor that semen can relieve skin conditions like acne was spread by a group of powerful men to make sure women knew that we actually couldn't live without them.

My mother's always told me, "You don't need a man to be beautiful," but that belief was dangerously threatened over the weekend. I won't go into the details (trust me, it was more awkward/gross than hot/sexy), but whether it was a lack of communication or an accident, I ended up covered in sperm — and I was pretty pissed off about it. Then, I remembered my research and snagged some of the sperm we were both covered in to put on a fresh new pimple that was starting to form under my skin.

The next day... I woke up minus a pimple!!! Honestly, I had no intention of putting sperm on my pimple before the deed. Let's just say it was a blowjob gone wrong that I ended up benefiting from. According to sources at Cosmopolitan, sperm has antioxidants and the protein found in sperm can actually be used to tighten loose skin. Personally, I'm pretty convinced that both of my pimples were cured with the help of semen. As it turns out, you don't need to take cum-shots on the regular to get sperm on your face... but it's definitely the cheapest method. Certain spas offer an hour long sperm facial that costs about $250.

According to Huffington Post, semen contains vitamins B, C, and E along with vital nutrients for healthy skin like potassium. Obviously, you can get these vitamins on your face without using splooge; there are plenty of other natural products that are even healthier and have less side effects. Personally, I'll be sticking with some of my other homemade acne spot treatments in the future, if you have access to unlimited sperm, why not give it a 'shot?

More like this
This Week’s New Makeup Releases & More Beauty Headlines
By Audrey Noble
2023 Piercing Trends That Will Upgrade Your Body Art Game
By Carolyn Steber
The 12 Best November 2022 Beauty Launches, According To Our Editors
By Rachel Lapidos
The 10 Biggest Tattoo Trends Of 2023
By Carolyn Steber
Get Even More From Bustle — Sign Up For The Newsletter