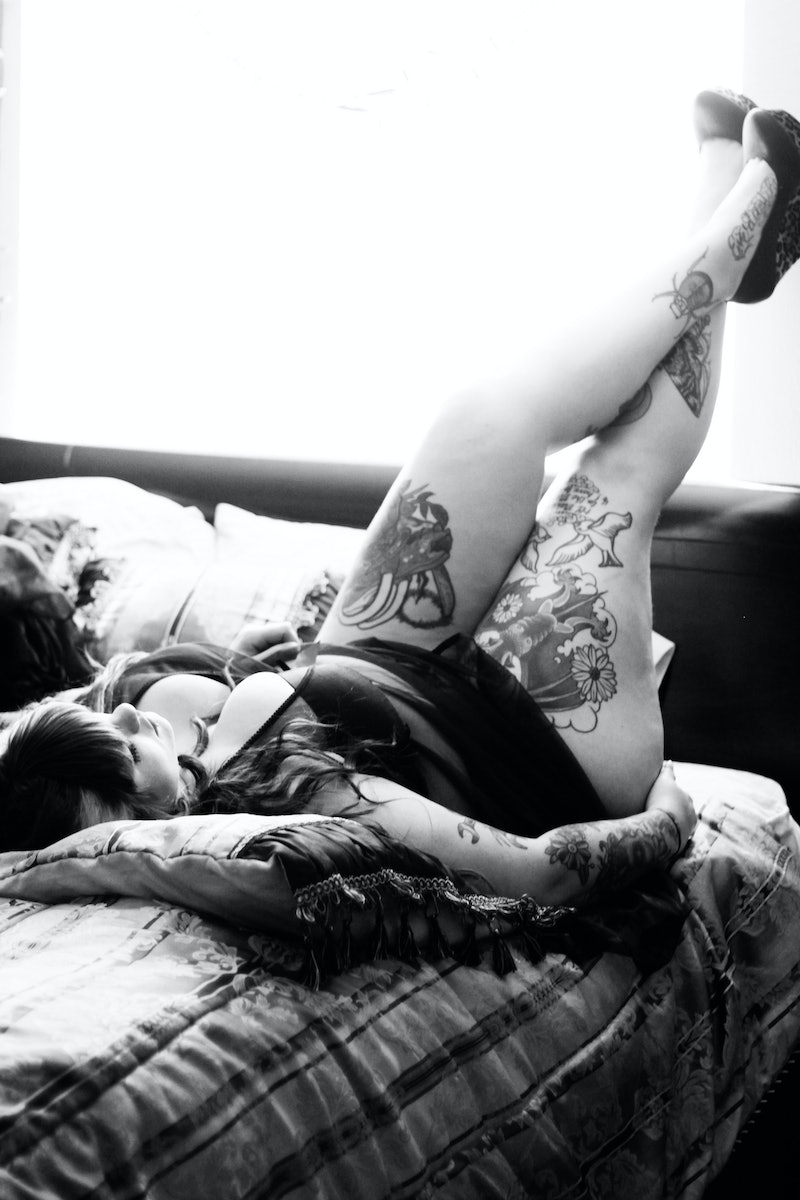 It takes guts for women to write about their weight. And if we're measuring bravery from this standard, Kara Richardson Whitely just might be the bravest woman publishing a memoir in 2015. In the process of writing her new book Gorge, Whitely also worked with a film student to document her hikes on YouTube. But many of her channel's fans weren't interested in the great outdoors. They posted her videos onto forums for chubby chasers: people whose romantic or sexual interest is directed at plus-sized bodies.

I'm a proud feminist and consider myself to be fat-positive, yet I've never had the courage to post my weight in the public domain. It's the kind of political ideal that hasn't translated into my personal writing; putting my weight into my work seems like I'd be inserting a private detail that's too loaded with shame, making my body an easy target for other people's judgment.

But Whitely puts her number out there without flinching. In her new book Gorge , she does a lot more than take a stand. She moves with strength and power. She hikes Mt. Kilimanjaro — and she documents how her relationship to her body changed along the journey.

"Maybe I'm one for extremes, that's for sure," says Whitely. "When I was at my heaviest and when I was kind of back into that compulsive-eating mode after the birth of my daughter, I really struggled with the things that I really loved to do. And I wanted to get back into that movement, into that moment of time when I finally was taking on challenges and was pushing myself."

The monogamous, happily-married Whitely marveled at the attention of those who fetishized her plus-size body, and wrote about the experience for YourTango: "I'm A 300-Pound Woman Who Accidentally Attracts 'Chubby Chasers.'" I spoke with her about some of the conflicting thoughts she experienced in dealing with chubby chasers:

Some people might argue that it's empowering to ogle fat bodies. But reducing fat women to their body parts is still objectification, a practice that's rooted in sexism.

"It's something that I've noticed is on my YouTube channel -- and this perhaps could be also a symptom of the internet and that people feel they can say what they want to say online without any ramifications. So what surprised me is how perverse and obscene people were with their comments."

2. Their attention interfered with her creative intentions

"It's kind of a funny story, actually," says Whitely. "My vision with the footage was that people would be able to see this plus-sized hiker and be inspired by the idea that not all plus-sized people are couch potatoes." She recalls how the film student she worked with deliberately avoided shooting footage of Whitely's bottom-half. "She thought it would be unflattering or I would not like the footage if it was from the waist-down. I said, 'You need to show that so people know the whole story. When I'm hiking, I'm carrying sandbags on my legs.' And so she did. The footage is not explicit, but it is detailed."

Whitely's videos began popping up on other forums, where viewers freely commented on the size of her ass and how much they enjoyed the sight of her rump. They liked what they saw, but not for the reasons Whitely had intended.

3. It's heartening to see other people embrace larger bodies

"In one way, it's awesome. There are men out there who love women of all sizes or especially large women," says Whitely. "That's great. I have nothing against that. I think where it got out of hand was when people became really obsessive and pushy."

4. But fat admiration can prove suffocating in the hands of fetishists

In her article, Whitely describes a series of unsettling phone calls from a man who used the phone number she'd posted as contact information for speaking engagements to harass her with marriage proposals. "The guy who kept calling me was out of line. Or the people who would post really obscene stuff like, 'God, I want that ass... I would give ten-thousand dollars to fuck that woman.' That's where things got out of hand. I don't understand. Maybe it's just the internet that gives people permission to feel like they can say things like that."

5. There's a big difference between the attention of a chubby chaser and true love

Unlike Whitely's husband, the chubby chasers weren't interested in her hiking or her writing or her interests. She wrote that she "found a partner who really did love me — who even seemed to appreciate my body — and not because he had a fetish.”

I asked her what the differences are between chubby chasers and partners who provide true love. For Whitely, it's "someone who loves you just because you are who you are. That's what I have with my husband. Someone who loves me because of who I am, not because of any one thing. It's the whole package."