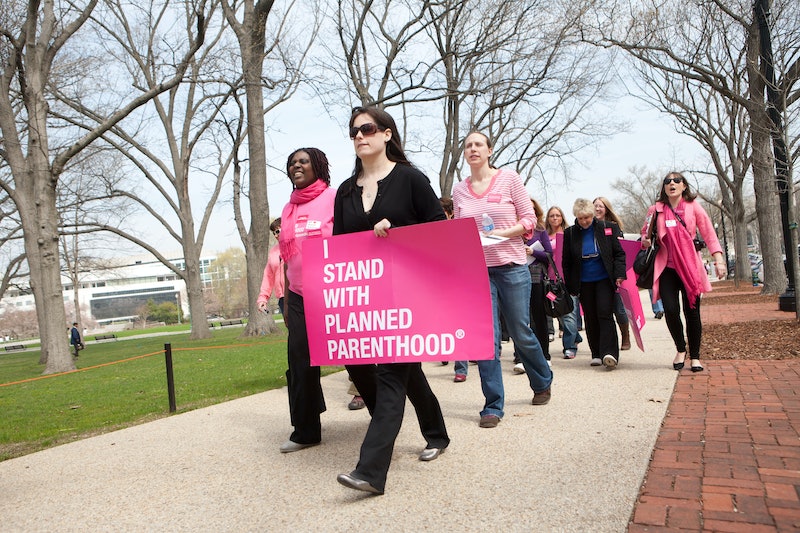 Despite being one of the country's leading organizations in providing much-needed health care to uninsured women, to say that Planned Parenthood is a controversial entity among social conservatives is an understatement. A number of state governments have embarked on multiple efforts to defund the women's health provider, but this time, women in Texas are fighting limits to Planned Parenthood's cancer screening access in the state.

The state’s proposed budget is scheduled to be debated on Tuesday. The proposal includes a three-tiered scheme that would restructure funding for a women's health program in a way that would put Planned Parenthood and other specialty health clinics at lowest priority to receive funds for breast and cervical cancer services, thus depriving uninsured and low-income women of access to mammograms and pap smears.

On Monday, Planned Parenthood launched a "Save Our Screenings" campaign to raise awareness of the dangers of defunding specialty health clinics and to persuade Texans to take action. Two Texas residents, Diane Dunn and Gay Norman, gave their personal testimonies in a video of how they discovered that they had cancer through Planned Parenthood screenings.

Like Dunn and Norman, many Texas residents are either uninsured or only have access to non-public specialty clinics. The tiered proposal first gives money to public health entities like hospital districts and community health clinics. Providers offering “comprehensive primary and preventative care” come next, followed by specialty clinics like Planned Parenthood, who will only receive money that's leftover after being distributed to those in the first two tiers.

The sole Republican lawmaker who opposed the proposal is Rep. Sarah Davis, who earlier this month convinced the Texas House to pass a measure that would do away with the priority system if the federal government objects to it and stops contributing its share of funds — currently amounting to some $8.8 million a year, or roughly 75 percent of the program's costs. Texas state pays the rest, The Texas Tribune reported.

According to the local newspaper, Davis addressed her colleagues at a House health budget committee meeting regarding the proposal:

I don’t think it is appropriate to continue to fund the women’s health program so that we can make some type of a political statement as Republicans that we care about women, only to chip away at the safety net of the providers. If we don’t have the provider network, women cannot be served. And they will die.

Lawmakers who drew up the proposal made it clear that their intent was to ensure that abortion providers receive less funding, if any at all. Senate's chief budget writer Republican Sen. Jane Nelson said:

There are many members that feel very strongly that the facilities that receive funding should not be facilities for performing abortions, so the answer is, don’t perform abortions and you get the money.

This proposal is only the latest attempt by Texas Republicans at cutting funds for abortion providers — specifically, Planned Parenthood. In 2011, the state's GOP-led legislature made significant cuts to its family planning budget, then in 2012, Texas lawmakers created a women's health program aimed exclusively at excluding Planned Parenthood.

According to a Texas Health and Human Services Commission report released in January, about 30,000 fewer women received healthcare through the state's family planning program in 2013 than in 2011 as a result of the cuts in funding. Some 40 percent of women who participated in the program relied on Planned Parenthood before it was excluded by the state. The legislative move also caused the program to serve a staggering 54 percent fewer patients, the American Journal of Public Health found.

This proposed budget measure would block access to lifesaving care for hardworking Texas women, all in the name of politics. Tens of thousands of women are already going without cancer screenings, birth control, and other care because of the callous disregard of the Texas Legislature. Make no mistake — the politicians targeting cancer screenings for Texas women are the same politicians who passed one of the most extreme abortion restrictions in the nation.