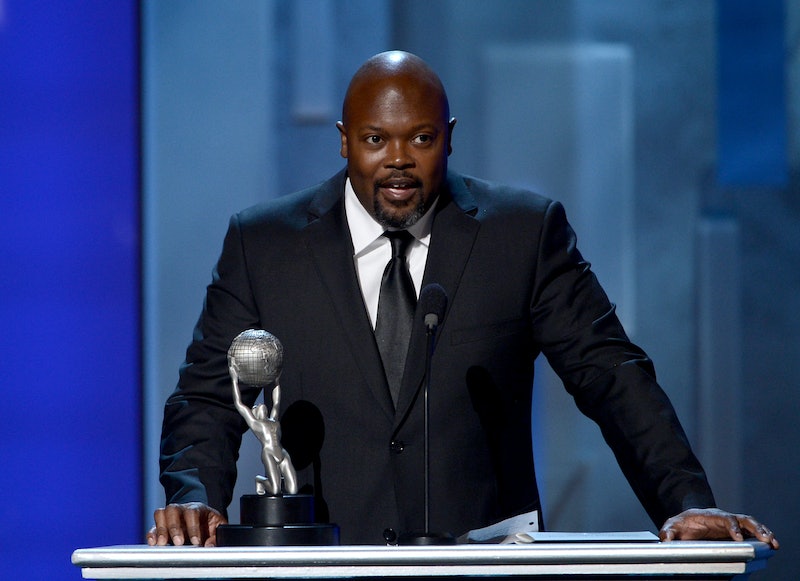 It's hardly debated at this point: Marvel's plans are expansive, expensive, and thoroughly — some would say revolutionarily — impressive. The Marvel Cinematic Universe isn't without its problems, but it stands as a massively ambitious experiment in cross-platform world building, existing in cinemas and on television sets and soon to go beyond. In April, Marvel will make its Netflix debut, introducing (and re-introducing) the next slew of comic book characters to grab hold of our screens. Daredevil will come first, premiering on Netflix April 10, showrun by Drew Goddard and starring Charlie Cox as the title character. Next will come AKA Jessica Jones, premiering later in 2015, showrun by Melissa Rosenberg and starring Kristen Ritter. After that, Iron Fist and Luke Cage will enter the fold, with the latter appointing a showrunner Tuesday in the form of Cheo Hodari Coker.

Did I mention that Netflix's plans were ambitious? What we're dealing with here are not one or two but four major superhero shows of 13 episodes each, culminating in a miniseries featuring all four, regardless of what their critical reception turns out to be. And that's just the Netflix side of things — when you take into account the other TV series (one airing on ABC, one whose ABC run's wrapped and who's waiting on renewal news) and the blockbuster film slate they've got planned through 2020, the amount of balls Marvel has in the air right now is astounding. Especially when you consider how strict they are about every one of these balls remaining in sync with each other in the creation of a massive on-screen canon.

It can all be a little overwhelming. To help you (and ourselves) out, here are some key things to know about one of those series, Luke Cage:

It Will Be Showrun By Cheo Hodari Coker

I mentioned this above, but it's good to know who's responsible for particular shows. In this case it's Hodari, announced as showunner Tuesday. His previous work includes Almost Human , which was cancelled on NBC but whose premise revolved around the working relationship between a human cop and an android, so he's got the sci-fi experience working for him. He's also produced Southland, NCIS: Los Angeles, and Ray Donovan, and wrote the 2009 rap biopic Notorious about Notorious B.I.G..

It's A Part Of Netflix & Marvel's Lead-Up To The Defenders

Marvel's three Netflix series will culminate in a miniseries centering on the team-up of the main superheroes involved. Matt Murdock (Daredevil), Jessica Jones, Luke Cage, and Danny Rand (Iron Fist) will unite in New York City and together become The Defenders. Think of it as a sort of Avengers situation if we'd had 13+ to get to know each Avenger individually before they all got together.

It Stars Mike Colter As The Title Character

Luke Cage Will Be Introduced In AKA Jessica Jones First

The first time we see Colter as Cage won't be in his titular show; it will be in AKA Jessica Jones, which will make its Netflix debut before Luke Cage, and which centers around Jessica Jones. The two are romantically involved in the comics and even have a kid together, so that makes a whole lot of sense.

That Debut Will Include Superpowers

There's always a question when introducing a new superhero character to introduce them before or after they've acquired their powers (assuming they weren't born with them. Colter recently confirmed that, yes, Luke will indeed have his abilities.) Those powers, by the way, include unbreakable skin and superhuman strength.

It Will Be Different Than The Movie Components Of The MCU

We've already seen evidence of this in the Daredevil trailers, but Marvel's Netflix fare will take on a different tone than the movies have so far. As Colter explained in an interview with The List:

He’s a neighbourhood hero, very much linked to New York and Jessica Jones. It’s all part of the Marvel Cinematic Universe but Luke Cage is a darker, grittier, more tangible character than Iron Man or Thor. He likes to keep things close to his chest, operate on the hush-hush. He has these abilities but he’s not sure how and when to use them. He’s a very nuanced character.

And we can't wait to meet him.