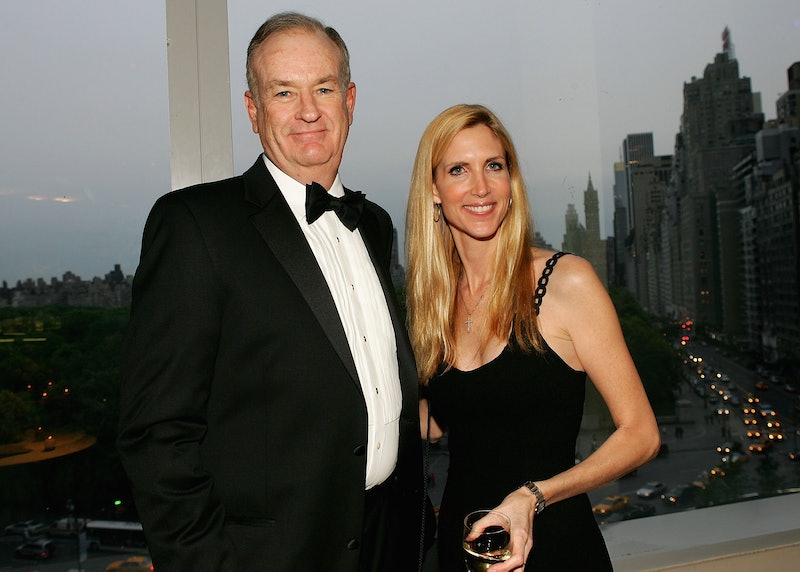 The new book Murdoch's World alleges that Fox News routinely has its employees create fake online identities and post pro-Fox comments on blogs. The minions tasked with this noble job supposedly go to great lengths to conceal their employer, using both relatively advanced techniques (portable WiFi hotspots) and intentionally outdated ones (AOL dial-up) to prevent the posts from being traced back to Fox News. (As if there aren’t enough actual human beings defending Fox who don’t already work for the company.)

What’s most surprising about this revelation is that it took so long to leak. Reporting from an ideological standpoint is one thing, but Fox News is different. The so-called news organization is known for actively and intentionally deceiving its viewers with no apparent goal other than to boost opinion of the Republican Party. You heard me: it's a propaganda machine. You need evidence? Here are five examples.

1. They Photoshop journalists they don’t like just to make them look uglier

In one of Fox’s more juvenile schemes, the network manipulated headshots of two New York Times journalists to make them look uglier after the Times published a piece to which the network took offense. In the pictures, reporter Jacques Steinberg and editor Steven Reddicliffe were given enlarged foreheads, yellow teeth, and dark circles under their eyes to accentuate, well, their liberalness (Steinberg was also given a large, bulbous nose — his name is “Steinberg,” get it?)

What makes this especially petulant on Fox’s part is that the article Steinberg had written wasn’t even a criticism of the network’s integrity; it was a report on the Fox's falling ratings.

2. They identify disgraced Republicans as Democrats

When Republican Congressman Mark Foley was caught trying to seduce underaged male staffers, Fox aired footage of of the congressman with text identifying him as “Mark Foley (D-FL),” indicating that he was a Democrat. Years later, when Republican Governor Mark Sanford of South Carolina went missing for a week in order to cheat on his wife in South America, Fox identified him as “SC Gov Mark Sanford (D).”

A Fox producer claimed that the Foley incident was “an honest mistake,” yet they never aired correction. The producer, David Tabacoff, said that this was because “everyone knows” Foley is a Republican — everyone except, of course, people who rely on Fox News for this sort of information.

When the government shutdown was in full swing, a Fox piece by John Lott proclaimed that “[t]he government slimdown, known in some quarters as the so-called ‘shutdown’ hasn’t lived up to the disastrous predictions.” This itself was an incorrect claim, but tellingly, Lott refers to the “slimdown” like that, with quotation marks. If he really believed that it was a harmless lil’ slimdown, why would he distance himself from the language referring to it as such?

Lott wasn’t the only Fox reporter to do this. John Stossel wrote another piece on the “slimdown,” and then repeatedly referred to it as a “shutdown” for the rest of the article. In other words, even Fox’s reporters don’t always buy their own nonsense.

Well, except for Ann Coulter, who said just yesterday "The shutdown was so magnificent, run beautifully. I'm so proud of these Republicans, and that is because they have branded the Republican party as the anti-Obamacare party."

4. They distort graphs and statistics to make Obama look bad

Look at this Fox News graph, labeled “Unemployment Under President Obama.” Notice anything strange? Hint: Compare the March figure with the November one.

Fox used an even more deceptive technique last year, when it aired statistics purporting to show that unemployment had risen almost two-fold from 2009 to 2012. The problem is that the the network used different measurements of unemployment for each year; an honest comparison would have shown that unemployment fell during the three-year period. But that would have been off-message.

Media Matters obtained a treasure trove of internal editorial memos issued by Fox News Executive Editor John Moody, wherein he makes it clear what the day’s propaganda ought to focus on. One of them, issued in 2004 when the Iraq war was in full swing, reads more like a deleted line from a George W. Bush speech than something from a self-professed news organization:

The US is in Iraq to help a country brutalized for 30 years protect the gains made by Operation Iraqi Freedom and set it on the path to democracy. Some people in Iraq don't want that to happen. That is why American GIs are dying. And what we should remind our viewers [sic].

There was also the directive, laid out in a separate memo, that anchors should “refer to the U.S. marines we see in the foreground as ‘sharpshooters,’ not snipers, which carry a negative connotation.” Because, as every good journalist knows, news reporting should never contain negative connotations.