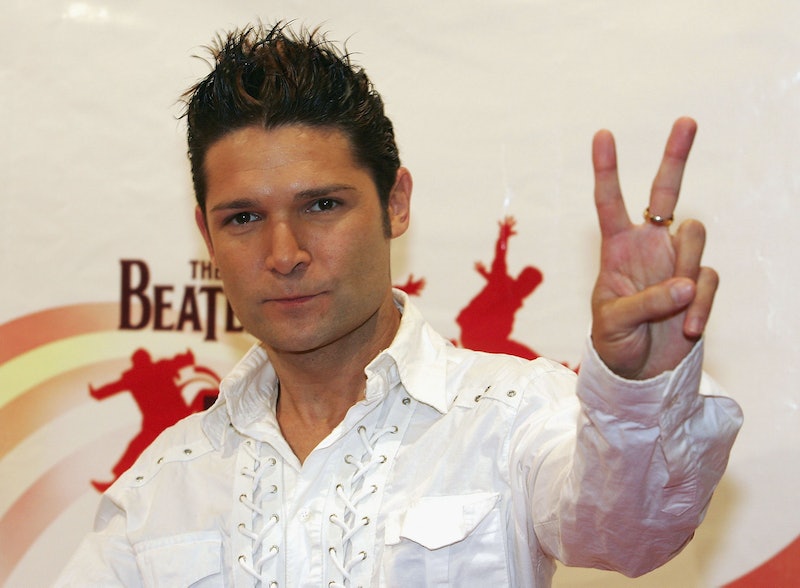 In a new memoir titled Coreyography which comes out on Oct. 28, former child star Corey Feldman reveals a whole slew of disturbing details about his and Corey Haim's experience during their child stardom in Hollywood. Feldman's memoir reveals that both he and Haim were sexually abused by older men in the business, as well as introduced to drugs, which later manifested in addictions for both men. Feldman eventually got sober, but tragically, Haim died of a drug overdose in 2010.

Coreyography is an incredibly revealing book that explicitly chronicles the kind of sexual and drug abuse that both boys suffered. The Huffington Post notes:

On the 1986 set of "Lucas," Haim told Feldman that “an adult male convinced him that it was perfectly normal for older men and younger boys in the business to have sexual relations, that it was what all the guys do. So they walked off to a secluded area between two trailers ... and Haim allowed himself to be sodomized," Feldman wrote, per an excerpt obtained by Page Six.

Even the short excerpts are disturbing. Before his death, Haim told People Magazine about his dark experiences, but did not name the names of any of his abusers. Similarly, it doesn't seem like Feldman's new biography will call out by name the man who sexually abused him. It would probably do more good if names were named so someone could be held responsible, but at least Feldman is revealing that this horrible abuse occurred — it could encourage current young stars in Hollywood to speak out if they are the victims of abuse.

Though at the time of his death Haim and Feldman were not speaking (because of Haim's drug use), Haim himself admitted that he suffered abuse before he died, so Feldman's book is not capitalizing on the tragedy, especially when you consider that he himself was a victim.

Sure, many people will probably pick up Coreyography to get the dirt, but hopefully the memoir will encourage kids — both famous and not — to speak out about sexual abuse. As for why the perpetrators aren't named, that's a different story.