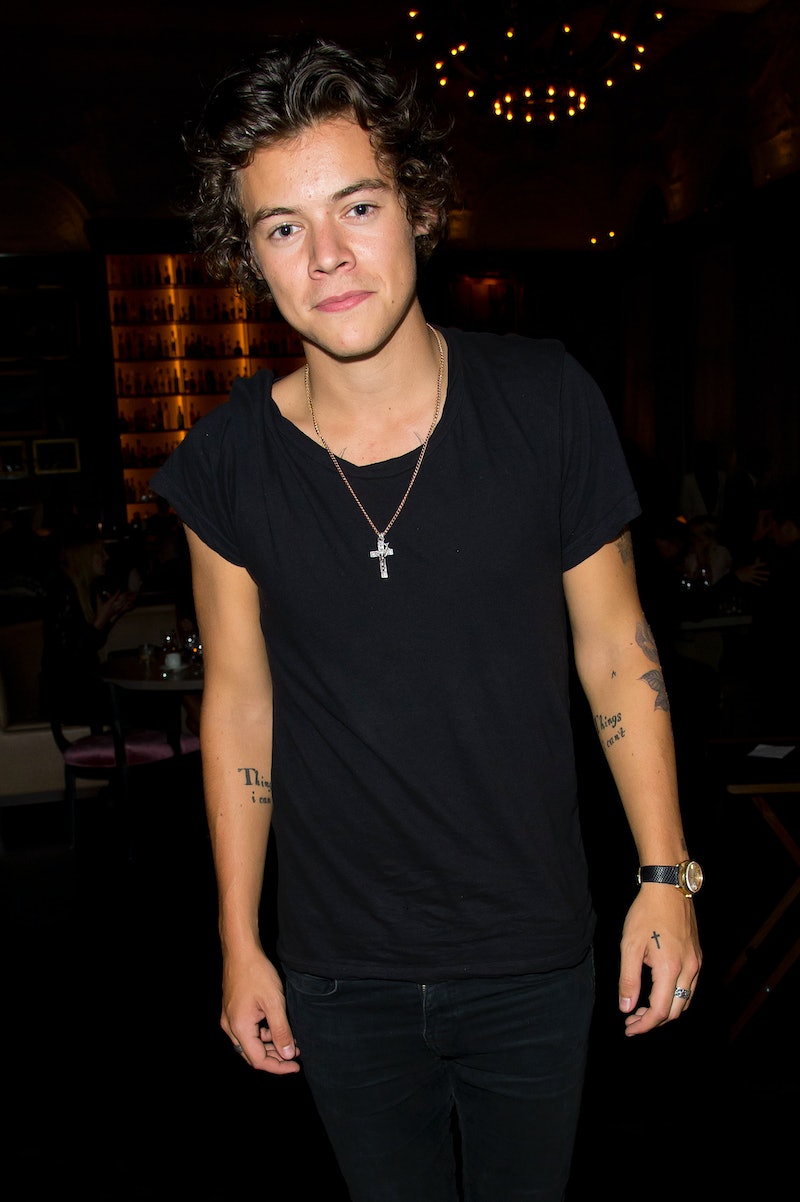 I have to admit, typing in any variation of "Harry Styles with animals" into Google or Twitter is quite an intense experience. I already know, as a Harry Styles fan, that we all love to read about his strange little eccentricities, and I know that he is quite the cheeky man who's aware of what makes his fans crazy. Quite honestly, anything concerning Harry Styles would make most of his fans crazy — but cute animals adds a special touch. For instance, it's become apparent to me that most of Harry Styles' Twitter favorites are photos of adorable animals, like kittens and puppies — and as a Harry Styles fan, I am having a breakdown. (Honestly, while I like to think it's because he just really loves them that much, I know it's probably him poking fun at his past "scandal" when he favorited that, ahem, NSFW tweet.)

On Friday, I stumbled across the Instagram, "Hot Dudes With Dogs," which, naturally, has been taking the Internet by storm since its creation. It really is a simple concept when you think about it, isn't it? Ladies love men with all things cute and cuddly, whether its puppies, kittens, baby seals. Actually, it can be any animal really — I totally remember I used to have an *NSYNC poster with each of the members holding a puppy. There was no real reason for that, beyond knowing that fans would totally have a freak-out.

So, that in mind — and because some days you just need some cute things to make everything better — I have done the good deed of gathering photos and/or videos of Harry Styles interacting with animals. Honestly, life is better with these in existence.

When He Cuddled With The Cutest Dog In The World:

Jimmy Kimmel invited One Direction to take the #CutestSelfieEver, and Styles definitely succeeded.

Does this photo really need a caption?

Cozying up to a koala:

I don't know about you all, but this koala looks very smitten to me. Can you blame it?

He knows what he is doing to his fans across the globe.

When the whole crew joined in:

I guess it's an unspoken rule somewhere that boy bands must take photos with baby animals to make it big.

Nothing better than neck nuzzles:

So tender and so sweet.

When he wasn't afraid of showing his love:

He loves his dog, Colin, and wants the world to know.

Thank you for your time:

(Is there anything cuter than this?!)