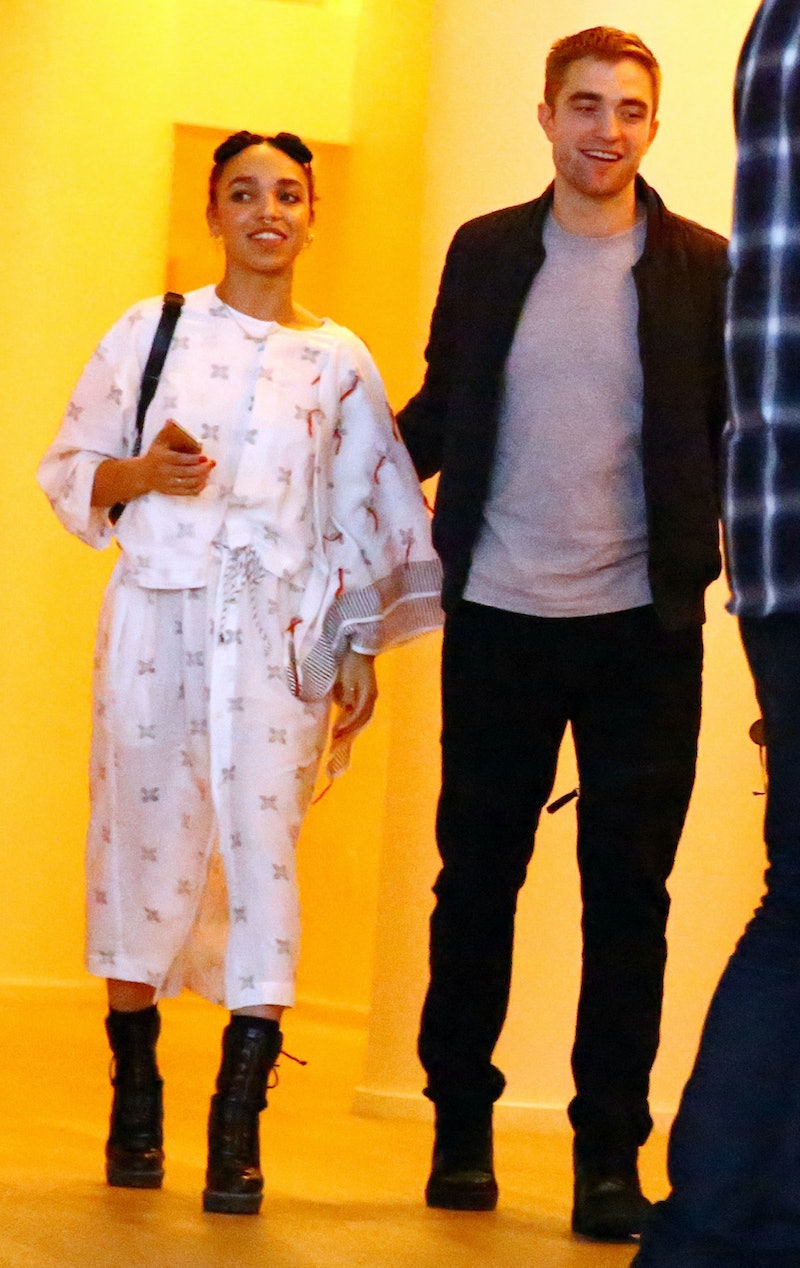 Hold the phone, because we have some major engagement news. It sounds like Robert Pattinson and FKA Twigs are engaged. How do we know this? Well, rapper T-Pain broke the, alleged, news while chatting with Vulture. Uh oh. If the two didn't want the world to know that they are getting married — if they are, in fact, getting married — well, they can thank T-Pain for breaking the news.

(Update: T-Pain wrote on his Instagram account Wednesday afternoon: "Added a little #AprilFools to my interview with Vulture Magazine today. Check it out!!!!" along with a cartoon image of wedding rings.)

While discussing whether FKA Twigs will be on his new album, T-Pain said,

Well, the first time we even met each other, we met in the studio. Her music’s changed a lot since then. But she’s on tour so much, and anytime I call her, she’s in a different place. And she’s engaged now, so that’s about to be a whole other thing.

Say what? The Vulture reporter was surprised to hear such a declaration to which T-Pain replied, "Yeah, to ol’ Patty [Robert Pattinson]. I don’t know if she wanted anybody to know that..." Bustle has reached out to Robert Pattinson and FKA Twigs for comment, but has not yet heard back.

Now, it sounds pretty legitimate, especially if it's coming from a friend, but there has been no confirmation made by Pattinson or FKA Twigs. So, until then, we remain in limbo over the alleged engagement news.

In March, news broke that Pattinson and FKA Twigs were wearing promise rings. Naturally, the next step would be an engagement, which is what some started assuming once this reported promising news broke. Well, we'll have to wait and see what happens.