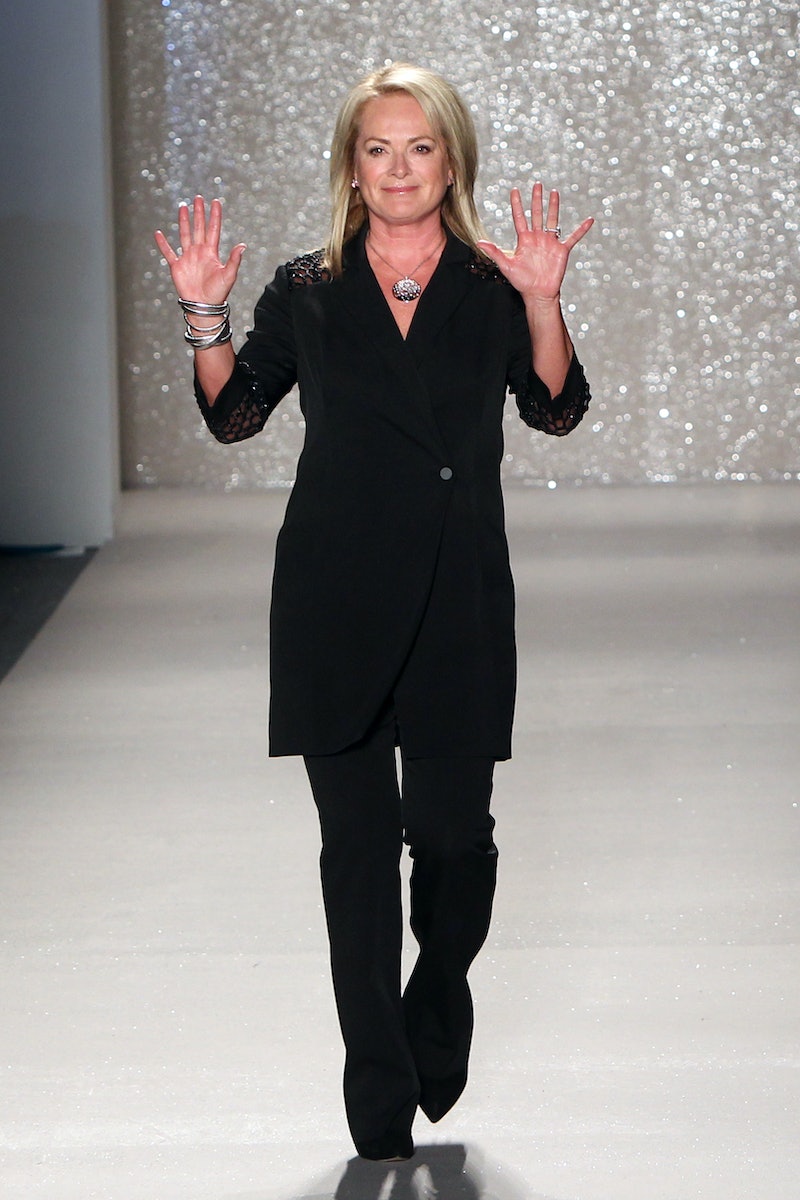 The height of wedding season is, like, now. Designer Pamella Roland, whose gorgeous concoctions have been worn by Christina Aguilera, Angelina Jolie, and more on various red carpets, launched her very first collection of bridal dresses last fall and she's already on the follow up... in a different way. This spring, Pamella Roland has launched her first bridal nail lacquer and it's a hushed, pretty pink that's appropriate for brides, bridesmaids, and guests!

It's a universal neutral and certainly will attract those who prefer the clean, soft, and chip-free nail look. I am certainly a member of that category!

The Roland bridal polish shade is called "Cassandra," and it's named after Roland's daughter, who will walk down the aisle this year, so it has an extra layer of meaning for the designer. I am pretty certain that Cassandra will be rocking her namesake shade on her digits as she swaps vows. How could she not?!

The polish is also a collab with Pattie Yankee. Roland previously co-designed a red polish with Yankee, which was limited edition, and has offered other shades. So this is not Roland's first time at the nail lacquer rodeo.

But flawless wedding nails are crucial on the big day, since the bride holds a bouquet and has a ring slipped on her finger, so her hands are a focus of the day, in photos and beyond. That's why it's pretty brilliant for a designer with a knack for detail to craft a bride-specific lacquer.

Isn't that the loveliest, whisper-like pink? It's not too Barbie or too precious, either!

This is one of Roland's new bridal designs, which is simple in shape yet so detailed from the waist up.

And another! I would seriously get married in this dress, even though it seems more bridesmaid or guest-appropriate. It's fun, summer-ready, and unique. I can't deal with fussy, princess-like wedding dresses; this is more my speed, and I adore the details at the halter neck and the hem.

If you are not super familiar with Roland, let's change that. Here are some of her red carpet hits and runway wins.

The color and the movement of this dress are divine.

As you've likely surmised, Roland likes pops of color and frocks that have movement and flow, like this adorbs, empire-waisted dress.

Angelina Jolie wore a short, shimmery, and iridescent Pamella Roland dress in a cream hue at a 2010 film premiere. It was so chic and unfussy.

Country cutie Kellie Pickler wore an ice blue Roland gown in 2012 and her then-short hair allowed the neckline and her shoulders to be the focus. The color was so high impact.

That's just a sampling of Roland's work. A-listers love her — and your nails should do the same. If you have a wedding coming up fairly soon, as either the bride or an attendee, why not try her Cassandra polish?