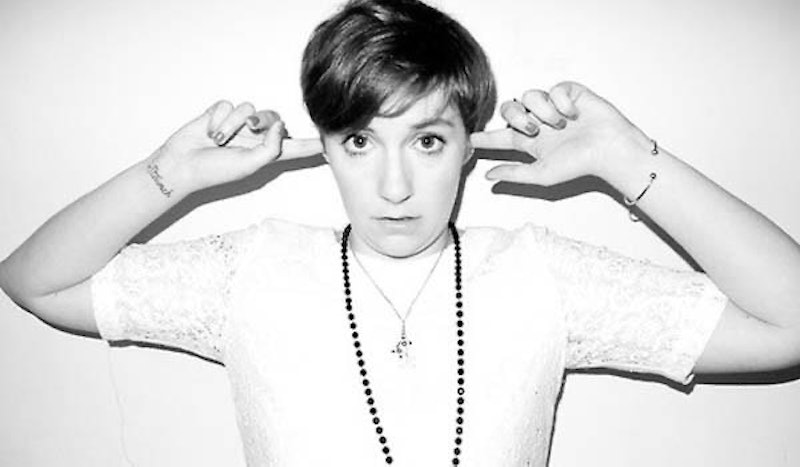 This just in: Rumors are swirling about a potential Lena Dunham Vogue cover that might be in the works. Excited? Oh, yes.

According to an anonymous but “well-placed magazine source” at RadarOnline, Vogue Editor-in-Chief Anna Wintour will allegedly try to woo 27-year-old Dunham with a super-secret dinner. The equally super-secret source said:

Anna is trying to seduce Lena into bringing her next-generation audience into the Vogue brand. And she’s willing to violate a lot of Vogue traditions to do it, including putting her on the cover even though she doesn’t really conform to the body type that Vogue has featured for most of its history.

Whoa. So, the only other fuller-figured woman to appear on Vogue’s high-fashion, ultra prestigious cover, has been Adele early last year. And that was a huge, controversial, deal. Readers who picked up the magazine were shocked by how blatantly Photoshopped the plus-size singer looked: “She’s positioned to appear thinner,” “her face is slenderized,” “it looks like she’s been enhanced.” These were just a few of the many comments we were bombarded with, so it leads one to wonder what'll happen if and when provocative Lena Dunham hits the gloss.

Since Girls aired in 2012, it has been that show — the one we all love to hate and hate to love. We’ve heard Dunham called everything from the “voice of millennials” to the “nemesis of GenY.” People love her because she captures what so much of post-grad, 20-something life is today, but hate her because she reminds them of what post-grad, 20-something life is today. It’s a circular debate that never, ever seems to end. But perhaps more discussed than her actual writing and acting, as with any woman in Hollywood, is her body.

Not long ago, the New York Times essentially called Dunham fat. XOJane jumped to the defense to say there’s nothing wrong with her body. But the fact is, she’s an average woman — meaning she isn’t the thin Hollywood prototype — meaning she’s not the image Vogue generally features on its covers.

And that’s exactly why it would be so monumental. If the rumors are true and Wintour is actually romancing Dunham, her cover appearance will mark just the second time Vogue embraces something different — someone most women could relate to. It may just do wonders for body image. It may bring back a younger audience to Vogue. Plus, it’ll give us a chance to see another Dunham cover, since the Aug. Marie Claire shoot and interview killed it.

Even so, people aren’t sure Dunham and Vogue are a good match. Fashionista actually titled an article on the subject “Is Lena Dunham Worthy of a Vogue Cover” putting forth the question for commenters to respond. So far, it’s received a solitary “no.” And it’s obvious that a lot of people are going to feel that way — not just because of her size, but because no one ever knows what to make of Dunham. Is she a feminist or an anti-feminist? Is she actually really well-grounded and down-to-earth, or is she the arrogant, self-inflated stereotype that all Millennials are often thought to be?

Dunham’s got bravery, though. It just isn’t easy for someone not a size two to take off her clothes on television. It isn’t easy to land an HBO deal, let alone in your 20s. It isn’t easy to be different when you’re in the public eye. So maybe, just maybe, she is worthy of that cover after all.