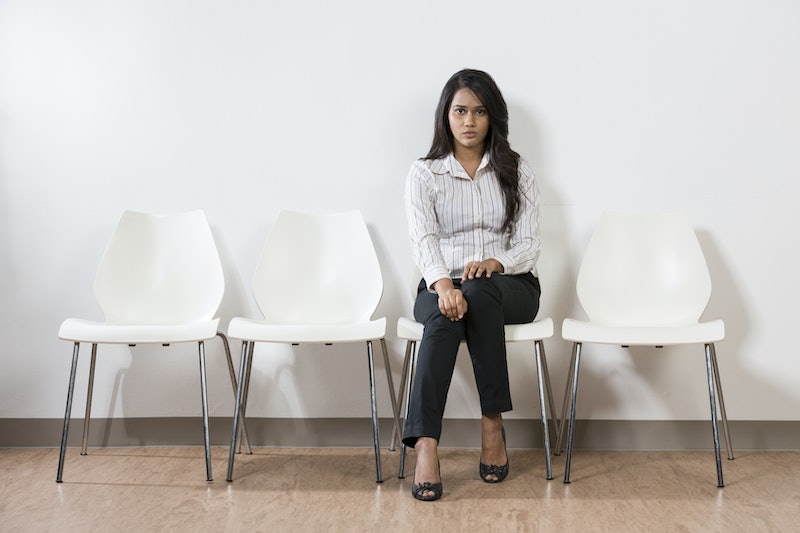 Going into a job interview can be a completely nerve-wracking experience — in between trying to recall the details on your resume, hoping that you are fully prepared, and memorizing facts about the company, it’s difficult to remember to breathe. Thankfully, new research published in Springer's Journal of Business and Psychology observed anxious candidates, and has tips for nervous job interviewees.

Researchers Amanda Feiler and Deborah Powell of the University of Guelph in Canada were interested in finding exactly how nervous job candidates were at a disadvantage. For their experiment, Feiler and Powell found 125 Canadian undergrads who were generally anxious people. Each subject then had a mock job interview, which was filmed and transcribed. The researchers used trained raters to measure three different aspects of the interview. To start, they looked for how the interviewees behaved, searching for signs of nervousness including fidgeting and averting their gaze. Then raters also looked for what types of signals this behavior sent out, and how the interviewers perceived those signals. In essence, they were looking to see how the subject’s nervous energy translated, and how that affected the interview.

After compiling the data, Feiler and Powell found two conclusions: Firstly, the only behavior that both the interviewees and interviewers understood to be a sign of nervousness was speaking slowly. Apparently, the slower that the subject talked, the more nervous they seemed. So speak faster! Secondly, the reason that anxious interviewers are less likely to get the job is because they are seem as being less assertive and “exuding less interpersonal warmth.” In other words, instead of fretting over how nervous or anxious you may come across in an interview, you should focus that energy on acting more assertive and friendly.

Though of course, it's much easier said than done — meeting with HR can be really scary! So to shake off some of those pre-interview jitters, here are some words of encouragement:

1. They Are Rooting For You

Job interviewers aren’t looking to grill you or make you feel inadequate. In fact, they are hoping that you are the perfect person for the position! It would mean that they could fill the job and move on to their next project.

2. You Can’t Be Someone You’re Not

There is no point in pretending to be someone or something that you aren’t during an interview — your true personality will come through eventually, right? So relax and just be the best you that can be.

It’s easy to build up an interviewer, especially when you see them as your potentially entry way into a huge company or your dream job. But at the end of the day, they are only human, and if you are kind and complimentary they will remember how you made them feel just as much as your qualifications.

More like this
The Best Time To Date After A Breakup, According To Experts
By Bustle Editors
Why Experts Say Sleeping With A Fan On Isn’t Totally Risk-Free
By Sophie McEvoy
The 5 Best Sand Flea Repellents For Bite-Free Living
By Elizabeth Enochs
20 Things You Should Never Tolerate In A Relationship
By Rachel Sanoff and Kathleen Ferraro
Get Even More From Bustle — Sign Up For The Newsletter