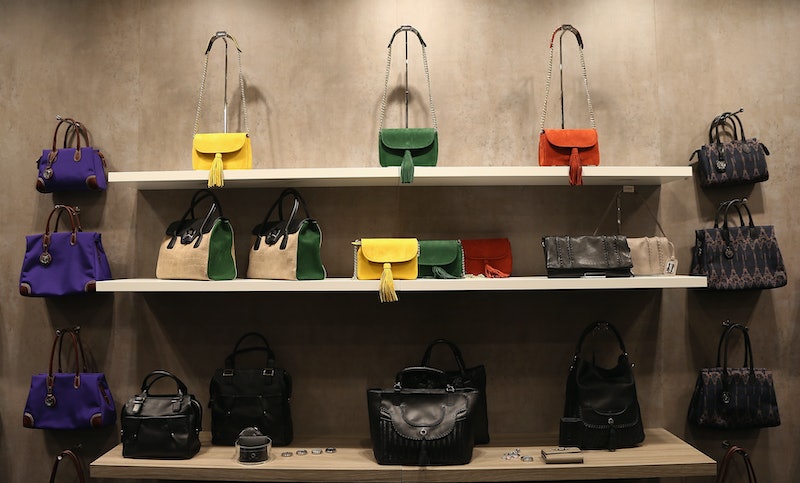 After three years of stealing and selling luxury handbags, a woman was finally caught at a shopping center in Cwmbran, South Wales, with her 905th stolen purse.

Jayne Rand, a 48-year-old mother of two, was sentenced to 18 months in jail. The Wiltshire native made almost £90,000 from her stolen goods, selling purses from Gucci, Mulberry, Prada, and Louis Vuitton.

Over the course of three years, Rand stole purses from department stores across the country, like Debenhams, House of Fraser, and John Lewis.

The judge who sentenced Rand was impressed by her "professionalism," which he said was the reason she went undetected for so long. He continued to express his disappointment, however, saying, "It's sad and unusual to see a woman of 48 with previous good character up before the court for such a protracted and serious dishonesty."

This sounds like a made for TV movie waiting to happen. We'd totally watch it.